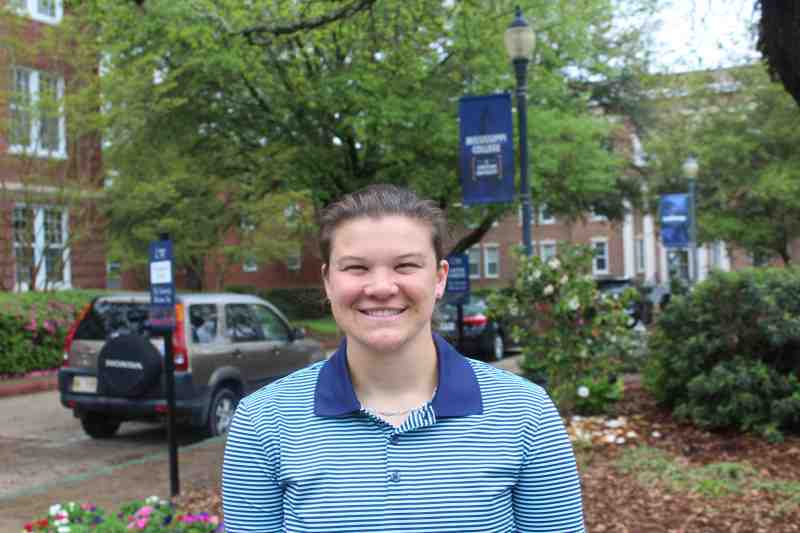 It was quite a remarkable experience. The March session gave researchers with MC’s Project Arrowhead important insights to help in the fight against global terrorism.

Professors Godfrey Garner and Bill Blunden questioned the ex-ISIS terrorist who was born in the United States, but later moved to Nigeria. He’s now on parole in the USA. More interviews like this are on the agenda through the summer as Project Arrowhead researchers work with a $50,000 grant from the Mississippi Office of Homeland Security.

Mississippi College senior Peyton Ramsey, who plans a law enforcement career, attended the meeting in Illinois. The Bryant, Arkansas resident used the information she gained to write a paper for her studies on the Clinton campus.

On track to graduate in December with a bachelor’s degree in psychology, the 20-year-old gained insights she wouldn’t get in a college textbook.

“The experience makes me look at people in a different light as a whole,” adds the MC psychology major. “It’s not just what someone told me or what I read in a report.”

With plans to earn a master’s in criminology, Peyton Ramsey seeks to work for a police department for a few years. Later on, the MC senior dreams of a career with the FBI.

In the future, Mississippi College students like her will do more than observe interviews.

A professor of homeland security and counterterrorism, Garner says the next step will be allowing students to ask questions.

Project Arrowhead interviews are being scheduled with inmates at the federal penitentiary at Yazoo City. There will be meetings as well with parolees in Arizona. MC students Molly Hensley and Jack Gruba are expected to attend.

Terrorism around the world remains a huge concern. In 2017, 25,673 people were killed due to incidents of terrorism. That’s a 22 percent reduction in deaths from incidents in 2014, reports the Global Terrorism Index. More than 99 percent of the terrorist incidents occur in 163 nations. Among the highest number of incidents are in Syria, Pakistan, Afghanistan and Nigeria.

During the interview with the former terrorist, Peyton Ramsey observed and interpreted his body language. “I got to use what I have been taught the last three years (at MC).”

The former MC Lady Choctaws soccer player values seeing “face to face interactions that most students don’t have the opportunity to experience.”

When Peyton Ramsey isn’t hitting the books, the Arkansan enjoys watching TV dramas like “Criminal Minds” on CBS as well as “Making a Murderer” on Netflix.

The author of the college text titled “Fundamentals of Intelligence Analysis,” Dr. Garner says Peyton Ramsey is a top-notch student. And, he believes her law enforcement career shines bright.