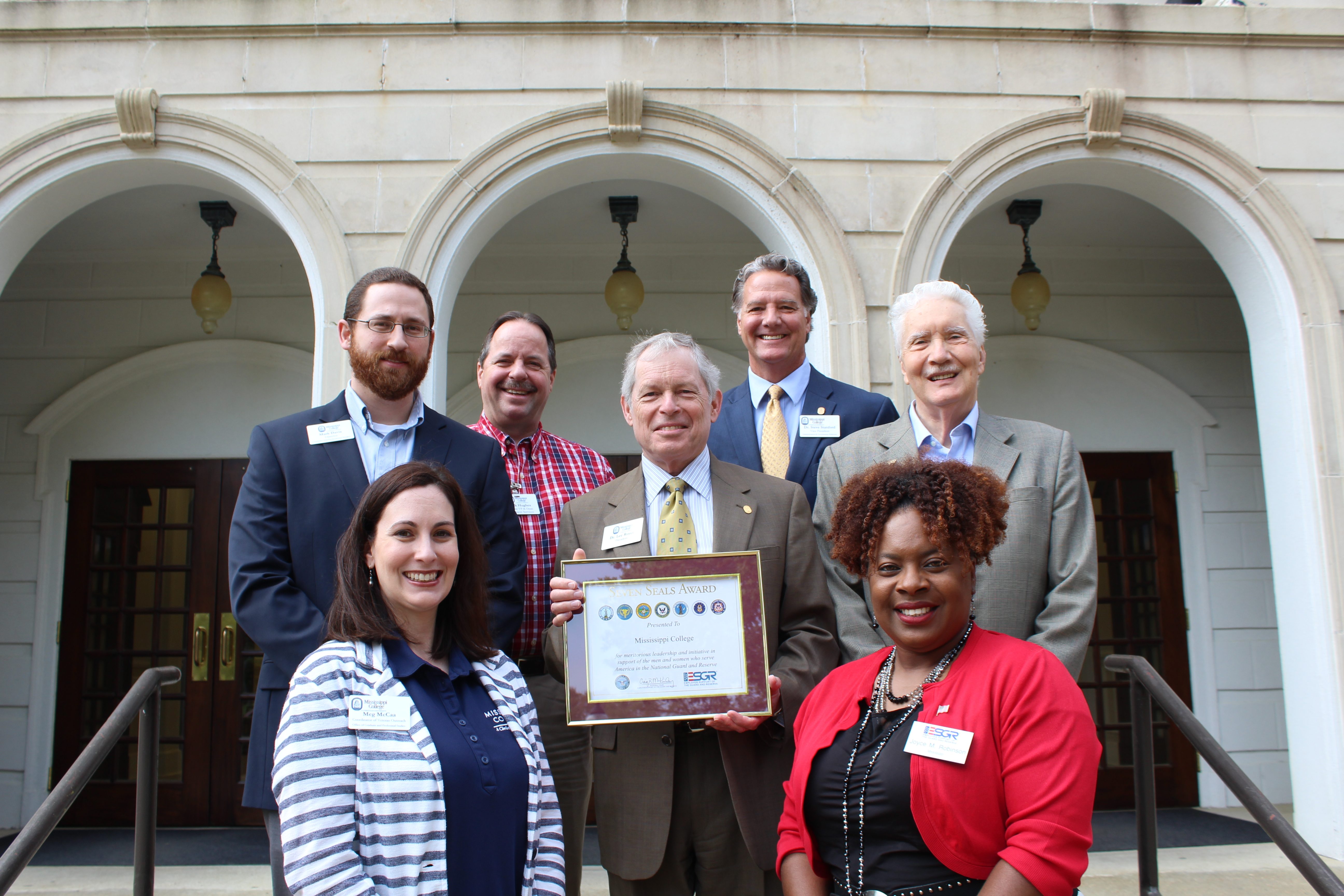 Mississippi College gained recognition for its solid support of Americans serving in the National Guard and Reserve.

Leaders at America’s second oldest Baptist college received the Seven Seals Award on March 25. Officials with the Employer Support of the Guard and Reserve organization presented the honor on the Clinton campus.

It’s the leading Defense Department program promoting cooperation and understanding between civilian employees and National Guard and Reserve employees. Based in Washington, D.C., the group was created in 1972.

More than 4,500 volunteers carry out the group’s mission nationwide year-round. Joyce Robinson, a volunteer from Bolton, and chair of Mississippi’s Area 4 presented the award to MC President Lee Royce.

“The Seven Seals Award is the broadest and most inclusive award given by ESGR and is presented at the discretion of the State Chair or by its senior leadership,” says Robinson, an Air Force master sergeant.

The organization’s more than 70 volunteers in the Magnolia State partner with employers and service members in military outreach, public affairs, mediation, training and employment initiatives.

The Seven Seals Award was presented to other Mississippi public universities, two-year schools and private institutions in 2017-18.

“We value our relationship with the Mississippi National Guard,” said Meg Shaw McCaa, MC coordinator of veterans outreach. “We are so honored to be nominated for this prestigious award at the state level.”

Mississippi College bursar James Triplett remains on active military duty with the Mississippi National Guard. A few months ago, Triplett was deployed to Germany. MC enrolls about 30 students in either the National Guard or the Reserve, says McCaa, assistant director of graduate and professional studies on the Clinton campus.