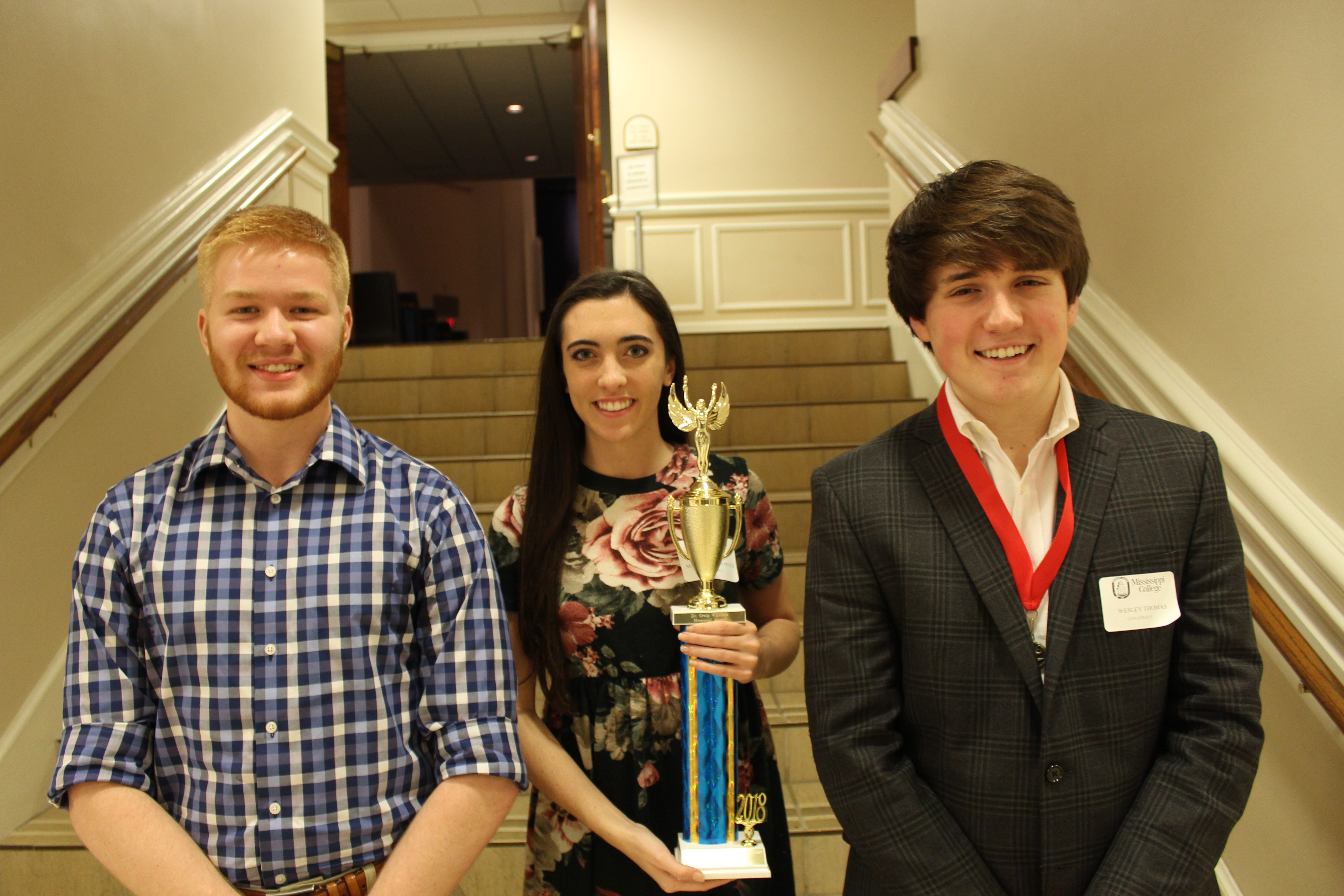 “The quiz bowl was really fun,” said the 16-year-old during a break in the action Friday at MC’s Nelson Hall. Abbey was among more than 850 students from high schools across the state taking part in the Mississippi Science and Mathematics Tournament.

The February 8-9 event on the Clinton campus attracted students from 85 schools. The students zipped through 50-minute exams in biology, chemistry, computer science, math and physics. MC professors began the competition in 1975. It is the oldest such academic competition for Mississippi high schoolers. Students use scholarships of up to $5,000 annually to attend Mississippi College.

Abbey McCrory did some preparation before leaving her campus in Attala County. So did 11 other students from Kosciusko High. “Our teacher gave us extra books to look over.”

She’s pretty familiar with the competition because her older sister, Kayla McCrory, 18, is an MC freshman. Kayla competed in the event and did well enough to win a $4,000 per-year scholarship to MC. Kayla finished in the top 2 percent in her subject at the academic contests at the Baptist-affiliated university.

Abbey may not be far behind her sister. She hopes to attend Mississippi College as a pre-med major in a couple of years.

“It’s a bit tough, but not extremely tough,” said Christopher Magitt, 17, a Greenwood High senior. The math tests, he said, were the hardest part for the Deltan.

As the competition was winding down Friday, Christopher expects to return to the Clinton campus. He hopes to become an MC business student next Fall.

With a little more than 5,100 students, Mississippi College is just the right fit, Magitt said. “I like that it’s not small, but not too big. Everything (on campus) is convenient.”

Retired MC chemistry professors like Leland Benton and Dean Parks have remained part of the MC competition for many years. The same is true for MC Mathematics Department Chairman John Travis and Chemistry Department Chairman Clinton Bailey, among others.

The competition resulted in Walnut High School bringing home a second place overall trophy on Thursday afternoon. That delighted Walnut High biology teacher Beth Smith, who accompanied the students on the February trip to Clinton. “They did awesome.”

The students participating came from West Lincoln High in Brookhaven, Clinton High, St. Stanislaus in Bay Saint Louis, Pearl High, Hartfield Academy in Flowood, the Mississippi School for Math & Science in Columbus, and Tupelo High, to name a few of the schools.

Quick responses and speedy calculations by student teams are required as questions flashed on a screen on the Clinton campus at the two-day competition. There were 320 students here Thursday and 534 high schoolers taking part on Friday.

The 12-member Clinton High team came away with a third-place overall trophy. Members of the squad like seniors Johnathan Riley, 17, and Mary Madison Pevey, 18, will be freshmen at MC next Fall.

“I like the Christian environment,” Riley said. “I grew up around here. MC has a great medical program.”

Pevey is pumped about becoming a Mississippi College freshman. “I like the area, and that is actually a benefit to me,” she said. “I’ve been coming here (to MC) since I was four and five-years old.”