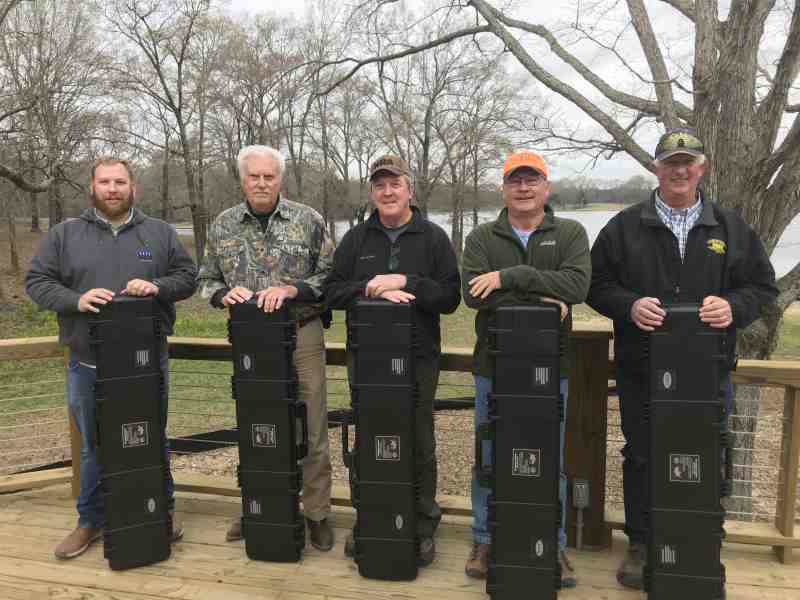 The March 7 event at Providence Hill Farm surpassed expectations, MC officials say. The funds will help student-athletes on the Clinton campus pay for their journey to San Antonio, Texas for the national clay shooting championships.

“This was the most successful event in over ten years. We are thankful for the strong support of so many companies and individuals,” says MC administrator Jim Turcotte. “We do this for our students, and this will enable us to continue our competitive program.”

The vice president for enrollment services and dean of students, Turcotte oversees the clay shooting team along with three other outdoors sports. The others are archery, bass fishing and the equestrian team.

One of the major donors was Two Gun Tactical in Pearl. The Mississippi company supplied prizes including Yeti coolers and shotgun cases. The company’s owner is John White. His daughter, Veronica White of Florence is an MC freshman competing on the sporting clay team.

One of the companies participating, 03 Animal Health remains a longtime supporter of the university’s equestrian program. The company provides Omega 3 supplements for Mississippi College horses.

Turcotte saluted other event supporters, such as Friends of the National Rifle Association and BankPlus. Mike Boyd, an MC employee, participated in the sporting clay shoot. “Mike is one of the most decorated skeet shooters in the state and state history.”

President Blake Thompson welcomed visitors to the competition at the 2,000-acre farm in Central Mississippi.

Veronica White joins other talented members of the MC Choctaws sporting clays team including: Madison residents Hughes L. Skinner and Logan Smith. Drew Donahoe of Indianola, Hayden Speed of Jackson and Justin Luke Grewe of Flora round out the squad. The Collegiate Clay Target Championships is booked for San Antonio every Spring.