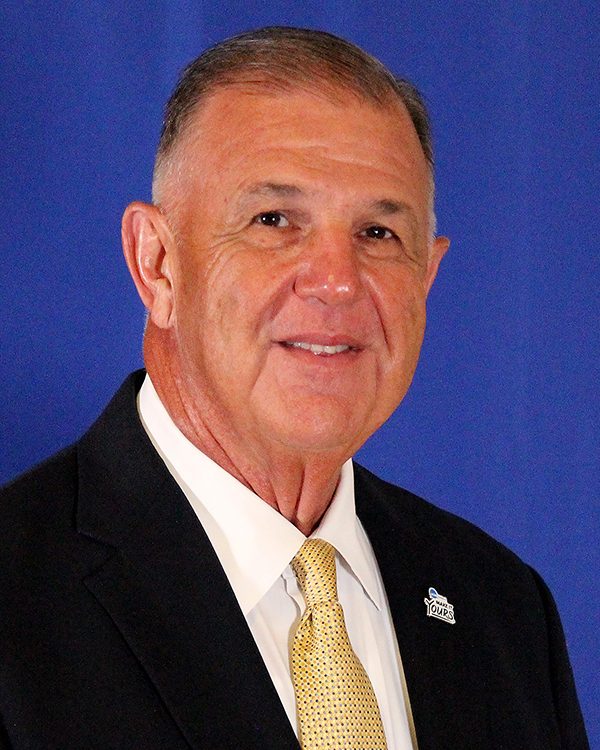 George Dale fondly recalls his playing days at Mississippi College as a pitcher on the Choctaws baseball team in the early 1960s.

The former Mississippi Insurance Commissioner, Dale speaks highly of his teammates on the diamond on the Clinton campus along with other student-athletes. But he likes to point out he wrapped up his final few games on the mound at MC, while the legendary Stanley Robinson served as coach.

A Mississippian who bleeds Blue & Gold, George Dale is among eight new inductees named to the Mississippi College Sports Hall of Fame in 2019. A 1962 MC graduate, Dale will join fellow inductees honored at a dinner on April 13.

The annual Athletic Department event is set for 6 p.m. that Saturday at Anderson Hall at the B.C. Rogers Student Center on the Clinton campus. Tickets cost $30.

A season ticket holder for Mississippi College football and basketball games for nearly four decades, George Dale makes no apologies for being a diehard Choctaw at heart. “Nobody loves MC more than I do.”

Dale will be inducted into the MC Sports Hall of Fame in the category of Athletic Administration and Support Staff. “I’m honored to have received this award.”

Others are: former soccer player Mitchell Joseph Peters (Class of 2002), and ex-football and track star Robert Lewis Hill of the Class of 1976. Jacqueline Jackson, a former MC Lady Choctaws basketball player made the list as well. Jackson is a 1996 MC alumna.

Peters is a graduate of the School of Business who was the soccer team captain his senior year. Today, he runs a successful commercial real estate business in Jackson.

A member of the U.S. Army from 1984-1996, Robert Hill serves as a football, basketball and track coach in the Shelby County Schools in Memphis. He was a football and track star at Biloxi High in the early 1970s before coming to Mississippi College.

During his final two seasons at Mississippi College, McBeath received All Gulf South Conference honors as a middle linebacker. He led the team in tackles both years. Today, the MC graduate serves as a detective/police officer with the University of Mississippi Medical Center.

Among her MC highlights, Jacqueline Jackson was selected All Gulf South Conference on the Lady Choctaws squad for two seasons.

“What another outstanding group of men and women going into the M Club Sports Hall of Fame this year,” Jones said.

“They represented MC so well while they were student-athletes, and they continue to be great ambassadors for our university,” Jones said. “We are looking forward to celebrating their illustrious careers with the rest of the MC Club Hall of Famers.”

For more information, contact Lori Bobo, assistant director of Alumni Affairs. She can be reached at 601-925-3252 or lbobo@mc.edu