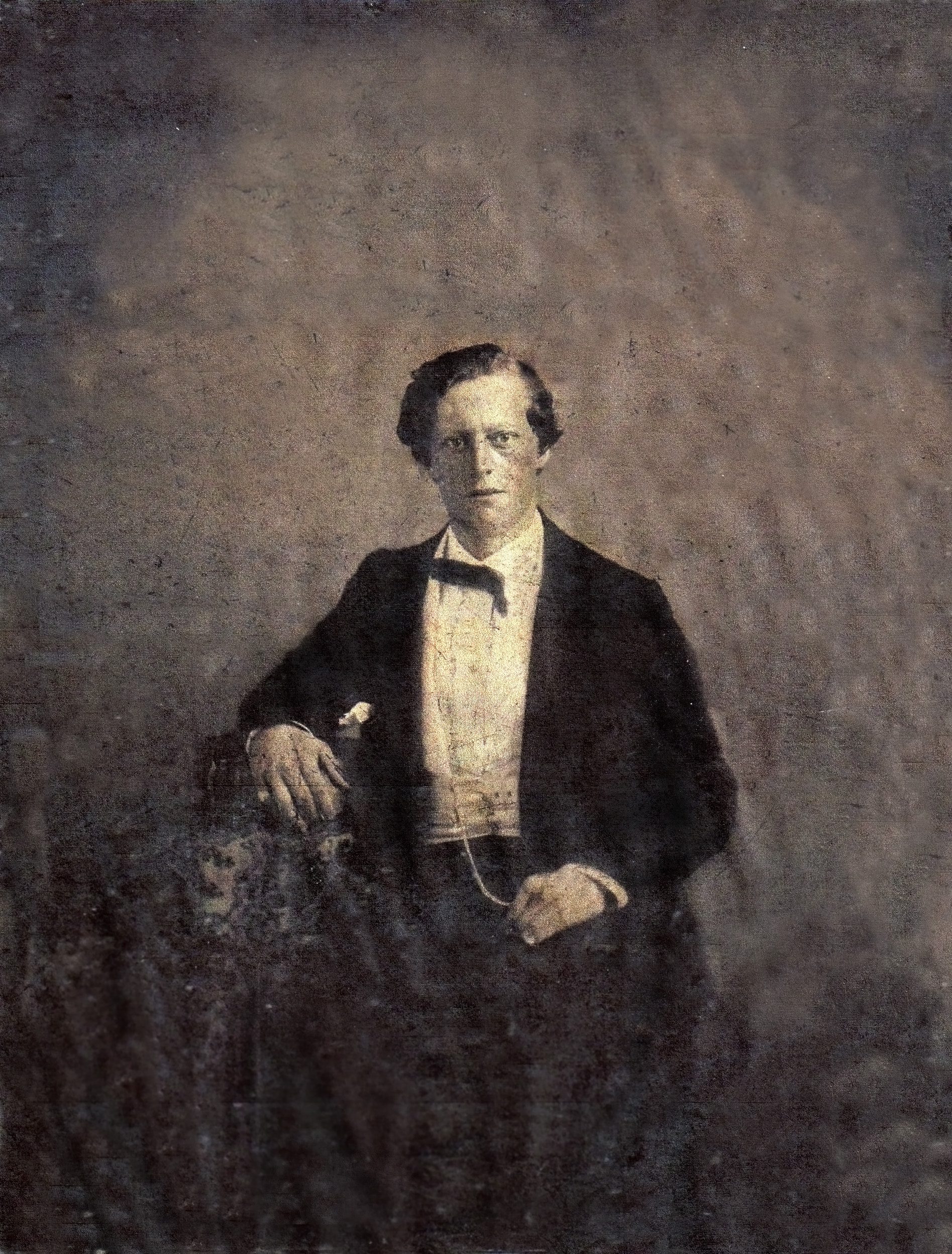 Daniel Addison never dreamed he would attend the same school where one of his distant relatives served as its college president.

It really surprised the Mississippi College freshman from Independence, Louisiana when he recently learned of that interesting fact.

His grandmother in Louisiana first discovered it when researching a family history book. Rev. Consider Parish served as Mississippi College president from 1848 through 1850. Parish was a former faculty member (perhaps the only one) on the Clinton campus when school trustees selected him to run the tiny school.

Still, the MC sports media and marketing major is intrigued. “The family connection is cool,” Daniel said. “I will look into it.”

A former pitcher on the Amite High (La.) School baseball team for four years, and avid New York Mets fan, Addison takes his MC studies seriously. He hopes his bachelor’s degree at the Baptist-affiliated university will open doors for him to work for the MLB network in a few years.

Daniel, 18, first became familiar with Mississippi College when university admissions counselor Cameron Treadwell attended a college fair in Baton Rouge. The Louisiana teen checked it out and decided to enroll in Fall 2017. “I like that it is smaller, and you get to know people quite well,” Daniel said. Its Christian environment is another plus, he added.

The son of Shanda and Byron Addison, Daniel won’t discover tons of information about his relative.

Time were very tough financially for Mississippi College in pre-Civil War days when the school was affiliated with the Presbyterian Church. There were only four bachelor’s degrees granted in 1849.

The book “Mississippi College With Pride” by the late MC administrator Charles E. Martin unravels some of the story.

Rev. Parish succeeded Rev. Simeon Colton as president after the leader returned to his native North Carolina. By July 1850, the college’s grim financial situation led the Clinton Presbytery to dissolve all ties with the private college. A new board of trustees representing the town of Clinton replaced the previous board and President Parish resigned.

The new board offered the presidency to Rev. William Carey Crane, a Baptist preacher, school administrator and later president of Baylor University. The year 1850 was critical in Mississippi College history. That was when MC first became affiliated with the Mississippi Baptist Convention. Today, MC remains America’s second oldest Baptist college.

Mississippi College was founded on five acres in rural Central Mississippi in 1826 as Hampstead Academy.

In 2018, MC enrolls nearly 5,200 students and operates an MC School of Law in Jackson. MC’s international students come from 43 nations. A new president will be selected to succeed President Lee Royce, who’s retiring in May after 16 years of service.

Daniel’s grandmother, Sylvia Smith, wonders what President Parish would think of the MC of modern times. “I am sure Consider Parish would be astounded at what the school has become nearly 170 years since he was a vital part of that learning institution.”