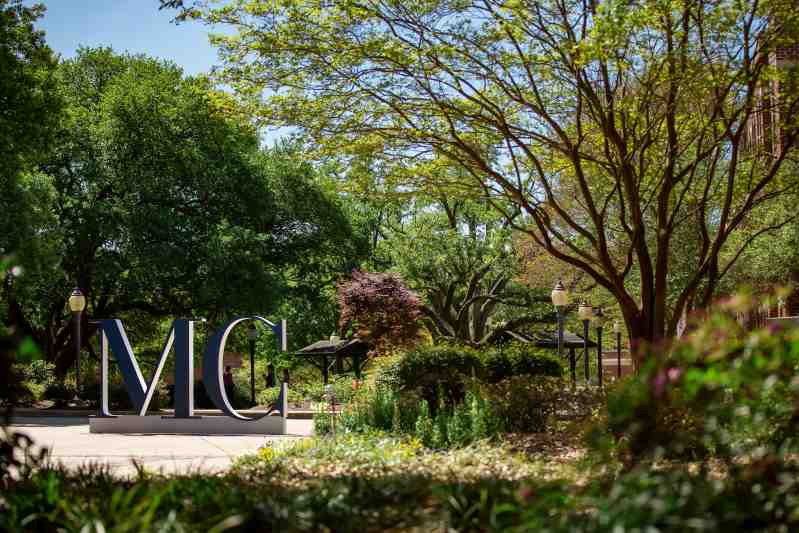 A Mississippi College football standout, Damon Wright will be part of school history as MC conducts online student government elections for the first time. Elections are set for April 21 as the university adjusts to the worldwide coronavirus health crisis.

A candidate to retain his position as Student Government Association vice president, Wright promoted the MC campaign Wednesday with his new Twitter post. “I am excited for the re-election process and thank God for His never-ending love and grace.”

A starter as a Choctaws linebacker, the MC senior seeks to reach student voters at the Christian university. “I would love to serve the students of MC and give them a unified voice that will be heard by the administration,” he said.

A resident of Hoover, Alabama, Damon Wright excels off the field as a communication major. He has competition for the SGA post. MC students Brandon Blair, Ethan Coats and Jim Holland are running, too.

The new twist with online SGA elections is among many adjustments for the 194-year-old university. Online classes are in place for more than a month for MC’s nearly 5,000 students.

Online learning formats are the new normal for thousands of schools as coronavirus cases climb.

“I think it is encouraging people to embrace the reality of a world that is becoming increasingly digital and to use its benefits to their advantage,” Hamrick said. But he says online elections will never replace voting for SGA leaders in person.

At the moment, the MC junior is working on the latest online edition of the “Collegian” from his home in Corner, Alabama. Stories in the April 20 edition will deal with COVID-19 and other topics.

“Virtual campaigns and online elections will allow us to get a new Executive Council in place for Fall 2020,” Brown said. “These new SGA members will be ready to hit the ground running.”

A Christian Studies major, Brown served in the SGA this year as Christian development coordinator. Due to an SGA reorganization, a Student Leadership Council will replace the Student Senate. Other major changes were made prior to Spring Break.

The 2020-21 SGA president will succeed MC football player Aaron Feazelle. A former Choctaws quarterback, Aaron is a business administration major from Diamondhead on the Gulf Coast.

Michael starred at Northwest Mississippi Community College and West Lauderdale High before playing for MC. The mathematics major is recovering from a knee injury sustained in a September 2019 football game. Exercising at home, and taking online classes, Washington is getting ready for an early September season opener as the Choctaws face Lamar University in Beaumont, Texas.

Another candidate for SGA president is finance major Chance Easterling, 21, a senior from Pelahatchie. “These are very strange times having to do all this virtually,” says the SGA senator from his home in Rankin County. Chance joins candidates making campaign pitches on the SGA Instagram account. Law school is next for the Civitan member after his MC graduation. “I love this school.”