Mississippi College Students Decorate for the Lighting of the Quad 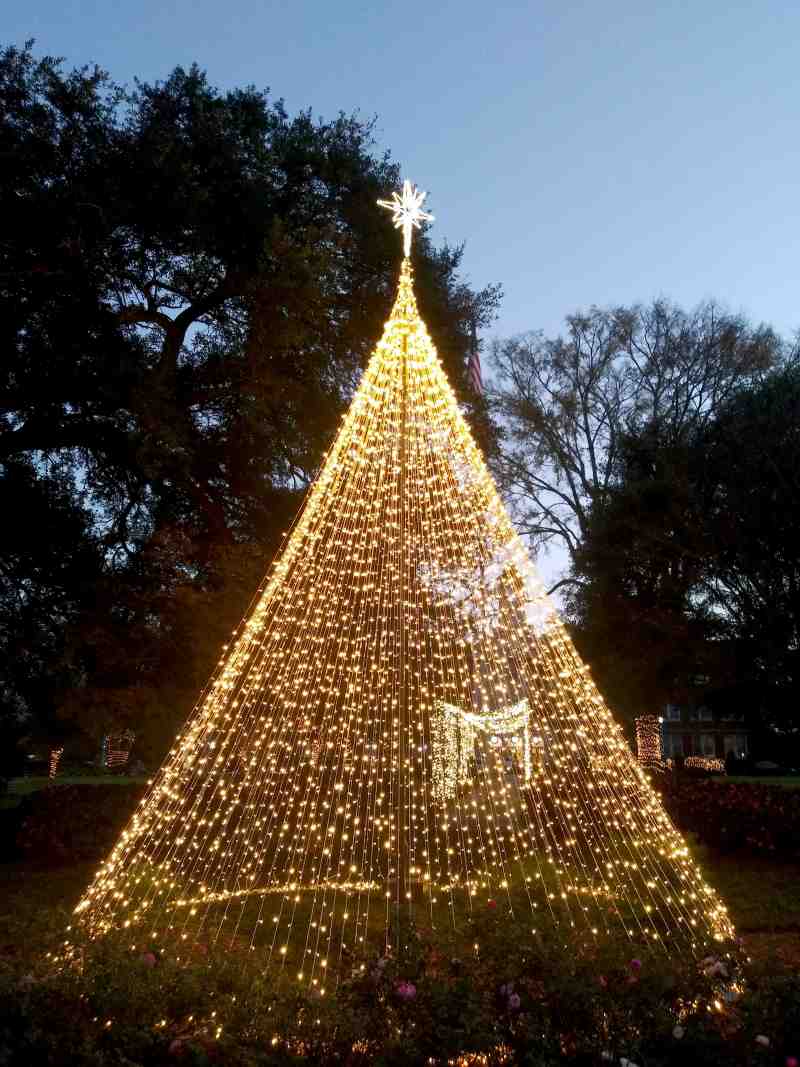 MC's Lighting the Quad celebrates the Christmas holidays on the Clinton campus.

The 2020 Lighting of the Quad at Mississippi College was different this year but still captured the meaning of the Christmas season.

Rather than one evening, usually in early December, the traditional holiday event was spread over three nights in November. The event started Wednesday night, November 11, since MC’s fall semester will wrap up prior to the Thanksgiving holidays. ‘Twas the Night Before Christmas was the theme.

Beginning at 8 p.m. each evening through November 13, the event became a more modest version of the Lighting of the Quad. The activity was booked several weeks earlier than usual in the midst of the COVID-19 pandemic.

MC junior Raley Holman, 20, of Athens, Georgia, served as chair of the student committee putting the event together.

For Lighting of the Quad participants, health protocols stayed in place. People masked up, practiced social distancing, and played it safe during the event.

This year’s message to the Mississippi College family is “come and enjoy the lights,” Raley says. “We want to bring joy to all of Clinton.”

The Georgia resident received a helping hand from 20 students on the Lighting the Quad Committee plus others pitching in.

Lighting of the Quad at the Christian university featured taped music piped and loads of lighted Christmas trees.

During MC’s 195th year, the event was a smaller version but well-received. Students felt it is important to celebrate the arrival of the Christmas holidays in December.

Adding to the Christmas atmosphere, the MC Singers were booked to perform the “Festival of Lights: Thanksgiving Edition” concert Sunday afternoon November 15, in the Jennings Hall courtyard. The concert will be taped for future broadcast on MC Music Department YouTube videos.

In past years, Lighting of the Quad always ushered in the holiday season at Mississippi College and its hometown of Clinton. Guest readers, including professors, in past years, would share the Christmas story, and visitors would be treated to hot chocolate. “It’s definitely a hit every year,” Holman said.

The Lighting of the Quad is how the Baptist-affiliated university celebrates Christ’s birth and the love of mankind.

“Everyone on campus looks forward to Lighting of the Quad,” says MC graduate and administrator Jonathan Nutt as the 2019 event was led by students. It’s always, he said, a terrific way to “kick off the holidays with the MC family and remember the reason for the season!.”