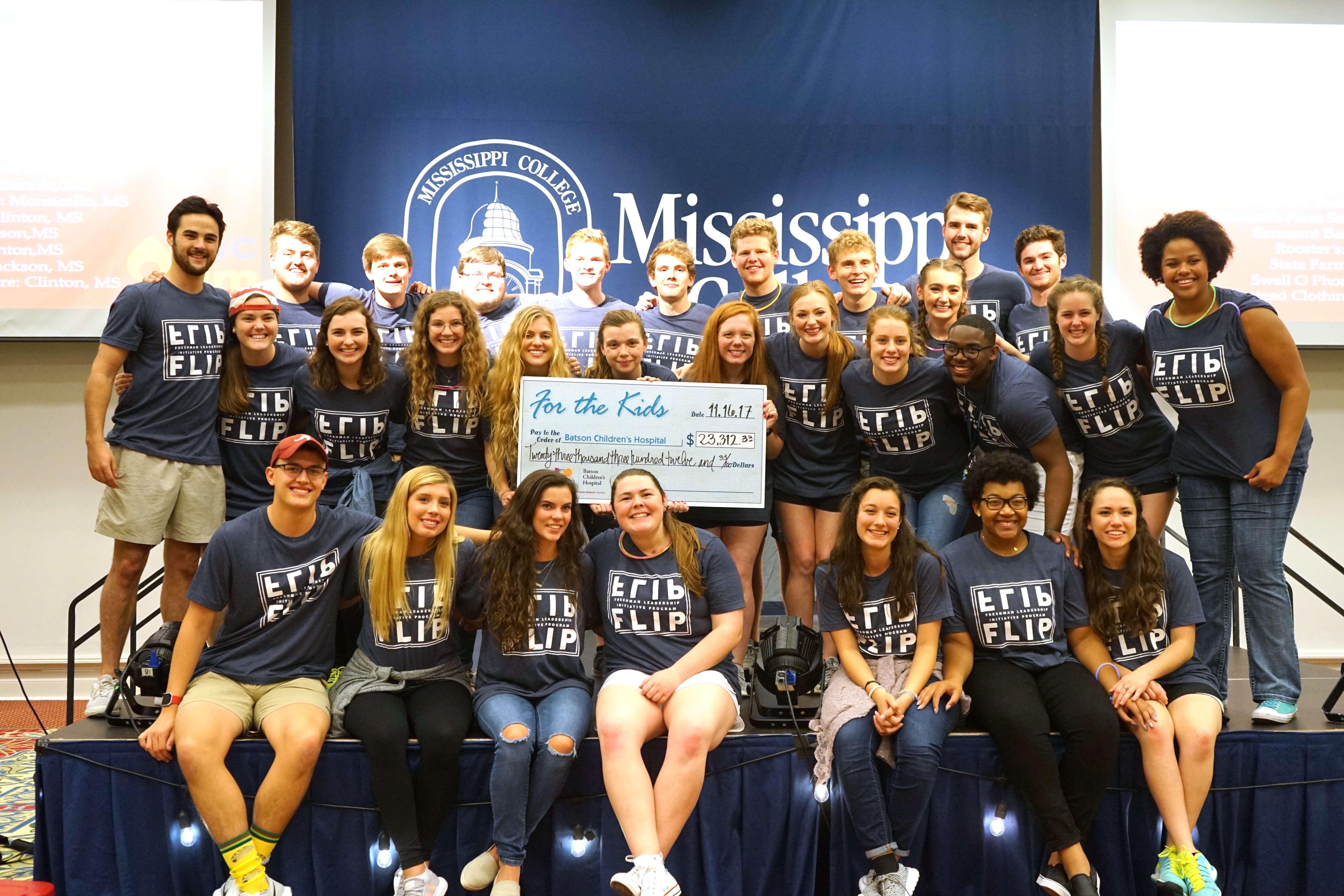 Mississippi College students raised more than $25,000 for the Blair E. Batson children's hospital at a dance marathon on the Clinton campus.

Mississippi College students danced the night away to raise more than $25,000 to benefit the Blair E. Batson Hospital.

The goal was to raise $15,000. So, MC students far exceeded expectations for a wonderful cause as they wore out their dancing shoes.

The MC dance marathon supported a Jackson hospital that opened about 20 years ago with pediatric intensive care facilities, units to care for ill newborns and treat other sick children.

“This year we focused on rallying the whole campus for this cause,” said MC senior Sam Stevens of Ridgeland. He and senior Mikayla Carruth of Prattville, Alabama directed the November 16 dance marathon at Anderson Hall on the Clinton campus.

Stevens and Carruth joined MC President Lee Royce along with hospital officials for a large check photo outside Nelson Hall on February 7.

The MC student-driven campaign generated $25,330. The fund drive nearly doubled the $14,400 raised during the marathon’s first year at the Baptist-affiliated university

MC fund totals grew as dance marathon supporters appealed to students with the message that their support would benefit many sick children.

Part of the University of Mississippi Medical Center, the Blair Batson Hospital admits about 9,000 children each year. Each year, about 80,000 children are treated in the hospital’s clinics and emergency rooms.

MC administrators Jonathan Ambrose, the assistant vice president for student affairs, and Becca Benson, associate director of student engagement, helped organize the dance marathon. They both lauded the students for their hard work.

The 250-bed hospital was named for Dr. Blair Batson, the first chairman of pediatrics at UMMC from 1955 through 1989. The hospital provides care to children in over 30 specialty areas.