MC Alert: MC operations on the Clinton campus and at MC Law in Jackson will close at 3:30 p.m. on Tuesday, Nov. 29, in anticipation of severe weather. All classes at both the main campus and the law school beginning after 3:30 p.m. are canceled. Please monitor local conditions and stay weather aware.
Posted Tuesday, August 8, 2017 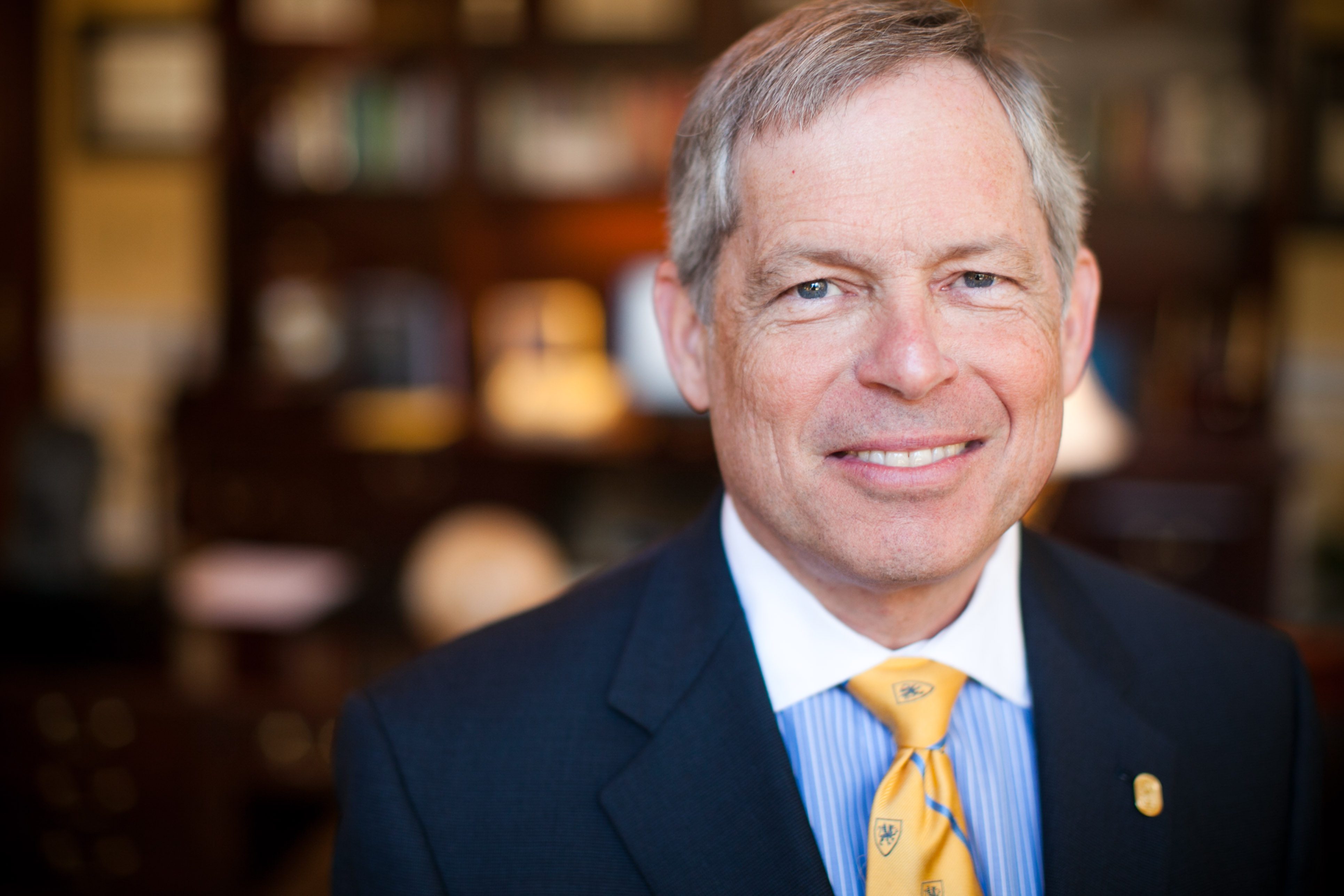 Mississippi College family members expressed their deep thanks to President Lee Royce for his exceptional leadership as the university’s chief executive since 2002.

From alumni leaders to members of the Clinton community and award-winning educators, Dr. Royce’s many admirers give him high marks following his retirement announcement on August 7.

“I have so admired our President’s steady, cheerful spirit of leadership during the 15 years I have been privileged to know him,” says Ridgeland attorney Andy Taggart. “It is difficult for me to imagine a more fitting leader and servant for God to have provided for us the past 15 years or a better example for men.”

An MC graduate, Taggart speaks for many who say his alma mater is a far greater institution due to President Royce and his wife, Rhoda.

From the academic world to athletic fields, Lee Royce has touched many lives in the Blue & Gold community since arriving. The 65-year-old Vanderbilt University alumnus plans to retire in May 2018.

His job approval rating is through the roof, with admirers stretching from the Golden Dome to Nelson Hall and over to MC Law in downtown Jackson. He’s a gifted people person who never seems to forget a name or face. He comes to tons of Choctaws sporting events year-round. Dr. Royce was among the leaders making the successful push for the school’s 17 sports teams to return to NCAA Division II and the Gulf South Conference a few years ago.

“We are extremely thankful for the service Dr. Royce and Rhoda have provided to Mississippi College over the past 15 years,” Jones said. “He has been a tremendous supporter of Choctaw athletics. He has been a wonderful mentor to me, and he will be truly missed.”

Putting into words what Royce has meant to the university’s athletic department is nearly impossible, Jones added.

Tremendous improvements for MC Choctaws sports facilities have ranged from the A.E. Wood Coliseum to Robinson-Hale Stadium to the university’s soccer fields. Baseball stadium upgrades, work on the track, and the list goes on.

At the School of Education, Dean Cindy Melton worked with Dr. Royce during his entire tenure in Clinton and comes away impressed.

“Dr. Royce is very forward thinking, and very fiscally responsible,” says Melton, an MC graduate. “He is genuine, engaging and personable. He knows his faculty and staff members across campus by name. He keeps his finger on the pulse of campus life.”

“He has certainly helped MC to be a beacon in this community, state and in our world” Melton said.

When Royce began his presidency in 2002, there were just nine international students enrolled. Today, there are more than 300 from nearly 40 nations. Overall enrollment has risen from 3,200 students in 2002 to about 5,200 in 2017.

One of Royce’s strengths is his quick wit. It’s evident when he speaks to large gatherings of faculty and staff at Swor Auditorium or in smaller, more intimate settings at the school cafeteria.

“Dr. Royce is able to address difficult situations with humor and helps to ease the tension,” says Jim Turcotte, vice president for enrollment services and dean of students. “I find myself working even harder for him because he knows how to treat everyone with dignity and respect.”

The Mississippi College leader “taught me the most of what it means to be a Christian university and how to create an environment that points to God’s leadership in their lives,” says Turcotte, an MC graduate.

The dean of the MC School of Science and Mathematics, Baldwin salutes Royce for his ability to reach out to the entire university family. “Dr. Royce has been a faculty oriented president from the outset. I have always appreciated his humility and kindness in dealing with students and employees at MC.”

Enrollment growth combined with a renaissance of the university’s physical plant have revitalized the Hinds County community. Said Martin: “We have been truly blessed to have a man of Dr. Royce’s caliber leading Mississippi College.”