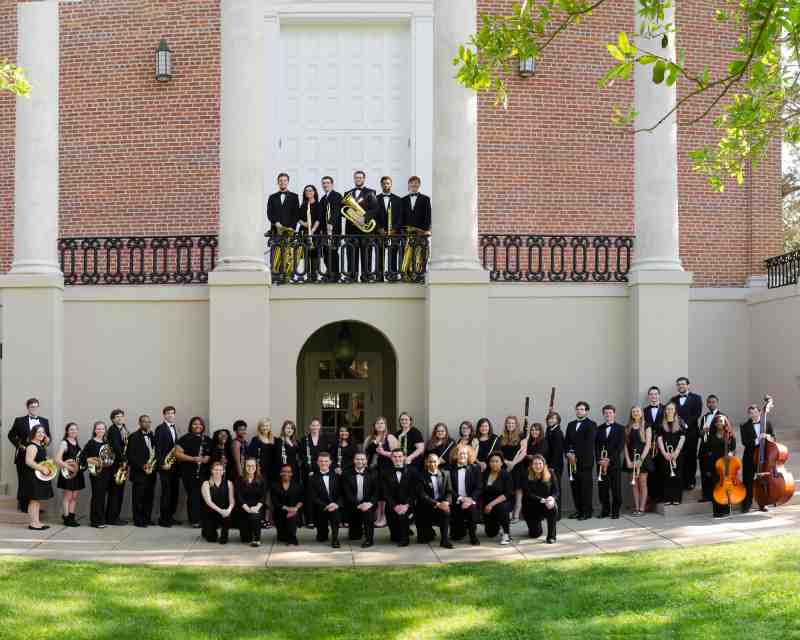 Featuring the music of legendary American composers, the Mississippi College Symphonic Winds orchestra is set for a free concert on the Clinton campus.

The March 2 event in Swor Auditorium begins at 7:30 p.m. and the public is invited.

Sousa’s “Hands Across the Sea,” and Bernstein’s 1956 operetta “Overture to Candide” will be among the selections featured that Monday evening on the Clinton campus. Barber’s “Sure on this Shining Night” will be on the program, too.

MC’s 40-member Symphonic Winds Orchestra includes talented student musicians from across the USA and as far away as China.

Students from the metro Jackson area include: clarinet players Grace Bailey of Clinton, Mary Schneider of Ridgeland and Kaitlynn Anderson of Canton.

Other students from the area include trumpet player Andrew Brown of Pearl, Jonathan Johnson of Jackson on bass trombone and Matthew Knight of Florence playing trombone.

Nathan Smith of Jackson is featured on horn, with Bryant Thaxton of Raymond playing tuba and Jonathan Whittington of Florence performing with his tenor saxophone. Tuba player Braxton Lewis of Jackson and Sean Collins of Florence on percussion round out the Central Mississippi lineup.

The MC Symphonic Winds are also preparing for a second Spring concert on Sunday April 26. The program at 3 p.m. that Sunday is free.