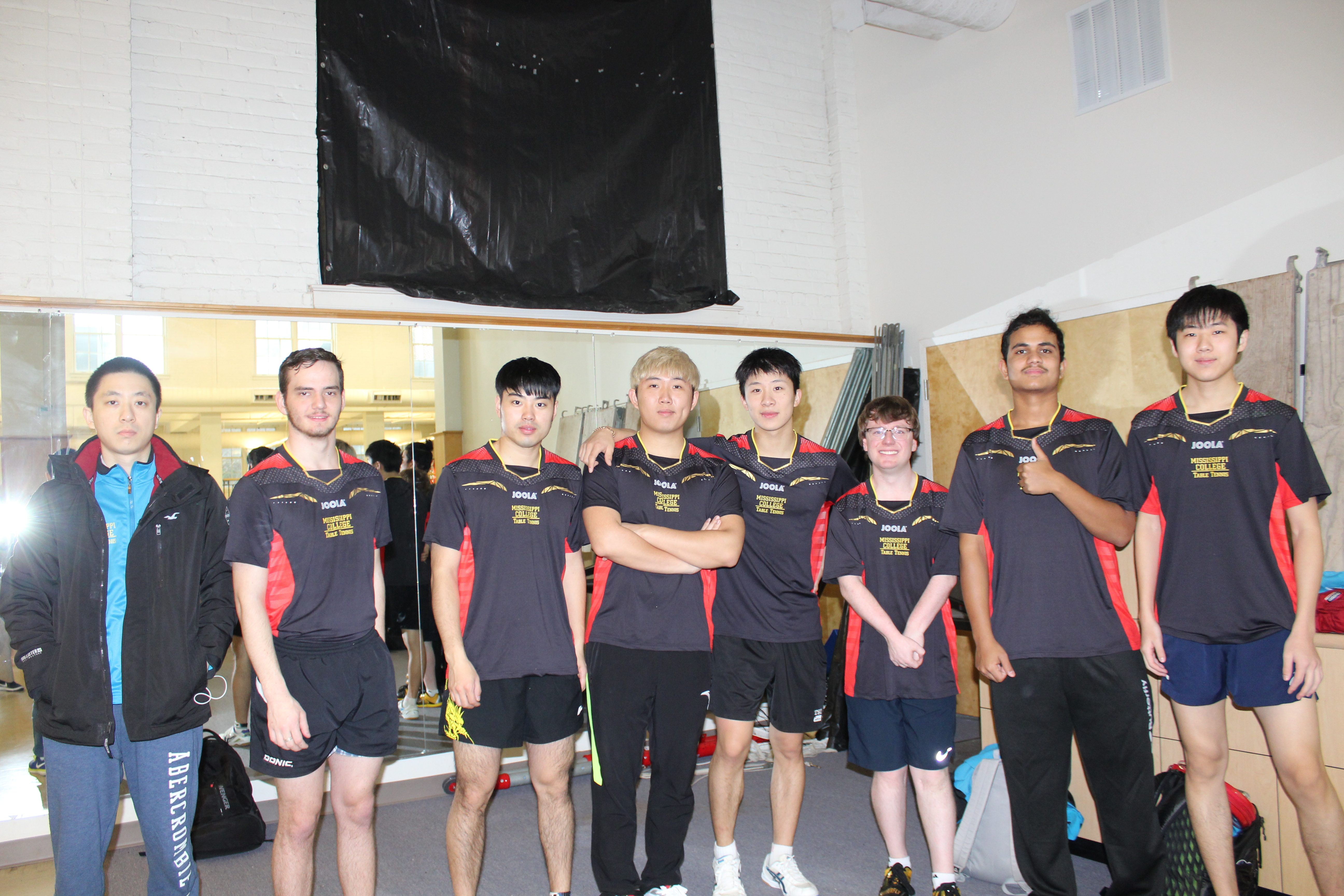 Mississippi College’s table tennis team fought for every point, but came up short against the new champs, New York University.

Led by TEAM USA Olympian Tom Feng, the New Yorkers edged their MC foes three games to two Saturday in the semi-finals at the 2018 national collegiate championships. The event at the Round Rock Sports Center in Texas attracted 276 outstanding college players from schools across the USA and Canada.

Putting up a good fight all weekend, the MC Choctaws took home a third-place trophy. MC team members and Coach Liang Johnson were honored at a table tennis banquet Saturday night. Hours earlier, MC standouts Ali He and Qing Wei Sun, both natives of China, came up a couple of points short in their dazzling doubles match with NYU. The games attracted a big crowd of fans watching some amazing shots.

Prior to the NYU triumph, Mississippi College made history as the only school in the nation to knock off Texas Wesleyan. That happened in Eau Claire, Wisconsin. The MC Choctaws prevailed by two points over a potent Rams team in April 2015 to win its only college table tennis national championship

“The competition keeps getting stronger every year at schools from New York to California and as far north as Canada,” says Andy Kanengiser, the Mississippi College team sponsor.

“We hoped for a first-place finish, but getting third was quite an accomplishment,” added Kanengiser, who’s in his 11th season as the MC team sponsor.

Coach Johnson and his players “deserve a great deal of credit for their hard work all season,” he said.

Tomotaka Yoshitomi, Ali He, Qing Wei Sun, Weiheng Liu, Caleb Shipman, Captain Harry Sharma, Tong Zhang, and Jeremy Gore comprise the Blue & Gold squad in 2017-18. MC paddled it way to become the Dixie Division champion prior to the three-day tournament in Texas. MC finished No. 2 behind Texas Wesleyan in the South Regionals on the Fort Worth campus in late February.

The National Collegiate Table Tennis Association oversees the Olympic sport played at more than 150 colleges across the USA and Canada. The NCTTA’s 2019 championships will be played next April in Greensboro, North Carolina.