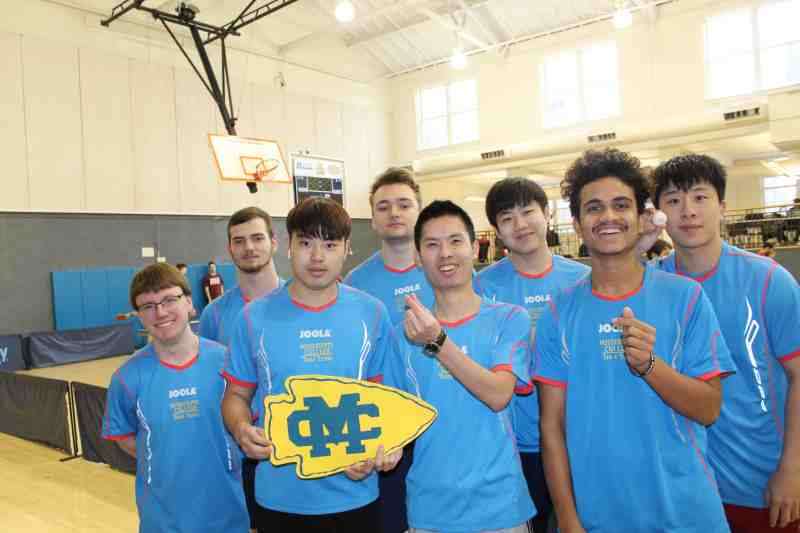 Mississippi College's table tennis team won the Dixie Division title at Alumni Gym on the Clinton campus in February. In March, MC became the South Regional champion at a tournament in Fort Worth, Texas and advanced to the national championships in North Carolina April 12-14.

About 275 talented student-athletes from colleges in the USA and Canada will play the games at the Greensboro Coliseum April 12-14. The sports and entertainment facility hosted the 2016 U.S. Olympic Trials for table tennis.

The National Collegiate Table Tennis Association championships have drawn Mississippi College’s team for twelve consecutive seasons. Fans who cannot attend the games in North Carolina can follow key matches on live streaming by watching the action on their computers.

The website nctta.org contains more information about the three-day tournament.

At the moment, the Mississippi College Choctaws squad ranks No. 2 in North America. Only New York University, the 2018 national coed team champ, enters the Greensboro games with a higher rating.

Zhicheng “Johnson” Liang, a former Choctaws standout and Michigan-based accountant, is wrapping up his second season as the Mississippi College coach. He will guide the MC squad in North Carolina.

“It’s been another impressive season for MC’s mighty table tennis team,” says Andy Kanengiser, the squad’s sponsor. “We will give it our best shot in Greensboro. The talent level among college players from around the world seems to get stronger each year at Nationals.”

Since the university’s table tennis program began a dozen years ago, MC alumnus Dr. Louis Lau, a retired Texas businessman, has provided generous support. “This year is no different,” Kanengiser says of the 1965 graduate and Hong Kong native. “We always appreciate his efforts.”