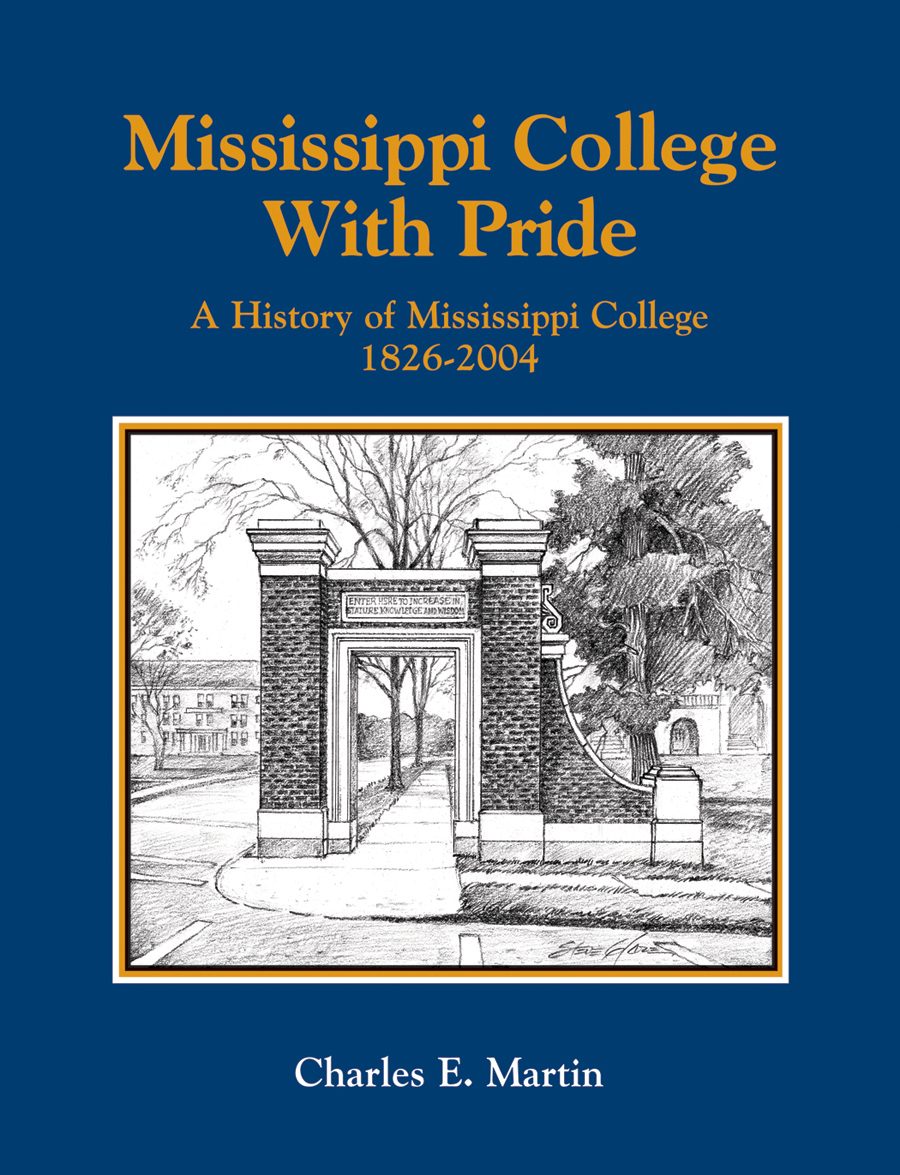 Mississippi College's rich history extends from its roots as Hampstead Academy in 1826 to the upheaval of the Civil War to significant growth in the early 21st Century.

Rolling off the presses just in time for Christmas, "Mississippi College With Pride" is the new book penned by the late Dr. Charles Martin, who captured the essence of life on the MC campus in Clinton.

Born in Mantee, Mississippi in 1930, Martin was a 1951 MC graduate who retired in 1996 after 38 years as an MC professor and administrator. In 1996, Martin began logging time in his "retirement office" at the Leland Speed Library to start work on the history book. Called the true epitome of a Christian scholar, Martin died in July 2004 before his project was 100 percent complete. He left behind his manuscript, and family members added a few sentences to get it ready for publication earlier this fall.

"It was a labor of love for Charles Martin," said his widow Anne Martin. "This was his life."

Charles Martin knew every inch of the Clinton campus and many of its celebrated stories. He spent much of his life as an MC Choctaw with the Mississippian joining the faculty at his alma mater in 1957. During his tenure, he served as Marshal of the college, head of the department of foreign languages and from 1969 to 1996 as vice president for academic affairs.

The 288-page book is loaded with 156 photos. Some show the author and his 1928 Model A Ford Coupe that he restored. Most days from 1968 until his retirement, he drove the classic vehicle to campus and parked in front of Nelson Hall. "People identified him with the car," said Anne Martin, a Mississippi College graduate who lives in Clinton. The Martins' two daughters and son are MC graduates.

MC alumni, friends, staff and others in the family at the Christian university are already identifying the book as a must-read. The book was published by Quail Ridge Press in Brandon and sells for $25 (plus $4 for postage and handling). Proceeds from the book will help fund MC scholarships.

"My intent has been to focus on things that seem to reveal the heartbeat of Mississippi College and that were in the process of being lost," Charles Martin wrote in the book's preface. "I am getting my pleasure out of what I learn, though, and have gathered a great deal of information never brought together before."

From the Quad to Provine Chapel to the MC athletic fields, classrooms and tales of legendary professors, Martin's book is available at the office of the MC vice president for academic affairs in Nelson Hall. Said the author: "May you too find pleasure as you learn more and renew your pride in our Mississippi College."

Ron Howard, MC vice president for academic affairs, is a big fan of the new book. "Charles wanted alumni and friends to know more about MC and historians to understand the school's many contributions to education across the state and nation."

By all accounts, Charles Martin accomplished his mission with a book that speaks volumes about MC.

For more information on ordering the book contact Ron Howard, MC vice president for academic affairs at 601.925.3202 or howard@mc.edu