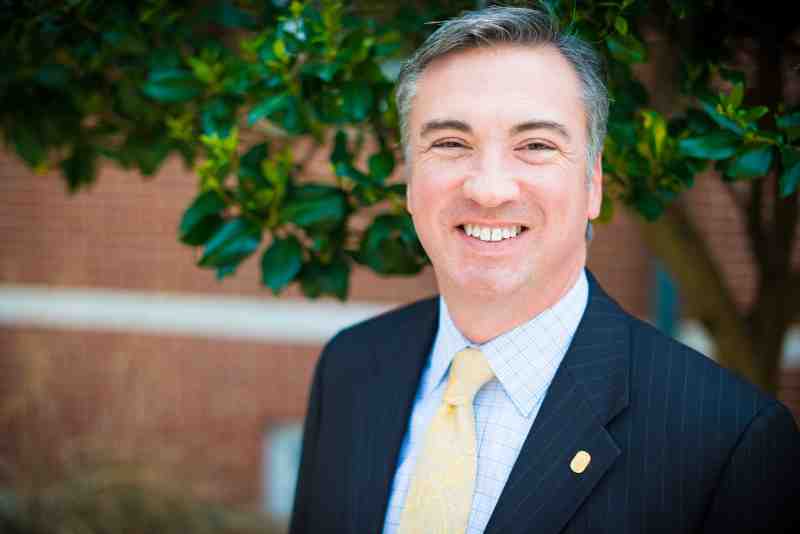 Chad Phillips, associate director for alumni and parent engagement at MC, is preparing to welcome three classes to this year's 50-Year Club reunion.

David Holloway says it will be three times the fun when the 50-Year Club at Mississippi College hosts its reunion at 6 p.m. on Thursday, May 12, in Anderson Hall in the B.C. Rogers Student Center.

“The more, the merrier,” said the proud member of the MC Class of 1972 and former admissions counselor and associate dean for student affairs at MC. “Because of the COVID-19 pandemic, we’re sharing the honor with our friends from the other classes.

“For most of us, it’s a time of reflection, and there are no better friends than the friends that you meet at Mississippi College.”

The annual gathering will begin with a sumptuous banquet, speeches from representatives of each of the honored classes, and the initiation ceremony. The following morning, the newly inducted 50-Year Club members will meet in Alumni Hall for a continental breakfast, another round of reminiscences, and a leisurely campus tour.

Chad Phillips, associate director for alumni and parent engagement at MC, said he expects to welcome anywhere from 75 to 100 members of each class back to campus for the reunion.

“They are very excited about being here and becoming members of the 50-Year Club,” Phillips said, “and of course, we’re happy to welcome them back for their Golden Anniversary and to keep them engaged with the University.”

For many years, the reunion took place in the fall, but Phillips said the event was moved to the spring so the new club members could enjoy their ceremony without feeling rushed to participate in the multitude of MC’s Homecoming attractions.

“They can spend more time together, which makes the event special,” he said. “For some, it’s the first time they’ve been back on campus since they graduated. Many of them haven’t seen Alumni Hall since its renovation. They get to see people they haven’t seen in many years.

“It’s a fun time for everybody. They’re a close-knit group, and we’re excited to have them back on campus.”

Steve Hurt, president of the Class of 1972, has enjoyed return visits to the Clinton campus many times through the years. The retired ordained minister’s mother-in-law lived in Clinton for more than 40 years, so he remained in contact with MC while attending Southwestern Seminary and doing the Lord’s work throughout east and west Tennessee and Texas.

Hurt said he’s looking forward to catching up with members of the three classes.

“It’s not a gigantic campus anyway, and we’re all such pals, I kind of get mixed up as to who was actually in our class,” he said. “We’re going to have to sit down and look at grandchildren’s pictures and brag a little bit. Just to be together one more time and share our life experiences. Some of us have a lot of tall tales to tell.”

One of those centers on a particular hairstyle members of his class used to wear.

“One of the special things about our class is the guys were the last freshmen to get mohawk cuts,” said Hurt, who lettered as an MC cheerleader. “They stopped that the next year, so we didn’t get to cut anybody’s hair. The girls had to wear beanies, but we had mohawks. That bonded all the guys. Everybody looked the same, and the girls didn’t seem to care.

“What would be fun is if the guys could bring their freshmen ID cards with that awful haircut on them to the reunion.”

Holloway and his wife, Brenda, a retired admissions counselor and administrative assistant in the Baptist Student Union, have kept current with class members by helping host the annual Decade of the Seventies reunion during MC’s Homecoming each fall. Now that the class has breached the 50-year plateau, the club induction ceremony will provide the couple with a second opportunity each year to visit with cherished friends from their time on campus.

“Both of us have a genuine love for MC and the alumni, so it’s very meaningful to me to claim membership in the 50-Year Club,” said Holloway, who retired after a successful 35-year career in office equipment sales. “It signifies we’ve reached a point that is twice as long as our lives before we got out of college.”

He said Friday morning’s gathering in Alumni Hall will be especially poignant for many attendees.

“Some members of these three classes actually played basketball there, and the locker rooms for football and baseball were downstairs in the ‘Cracker Box,’ as we called it back then,” said the former senior class officer. “It’s a beautiful facility now and lends itself to hosting special events like this.”

Alumni Hall won’t be the only part of MC‘s campus that has changed since the Class of ’72 graduated, Hurt said.

“Those who haven’t been on campus in a while may be surprised at what they find,” he said. “We graduated just before they started working on the sports complex on the west side of campus. The Coliseum wasn’t there; it was coming.

“They always told us that area would be a sports complex, but all we could see were gullies and a ditch.”

Hurt and Holloway are both actively encouraging as many members of the three classes as possible to attend the reunion.

“You only get one chance to be inducted into the 50-Year Club,” Holloway said.

“This special recognition from Mississippi College is nice,” added Hurt. “We’re looking forward to it.”