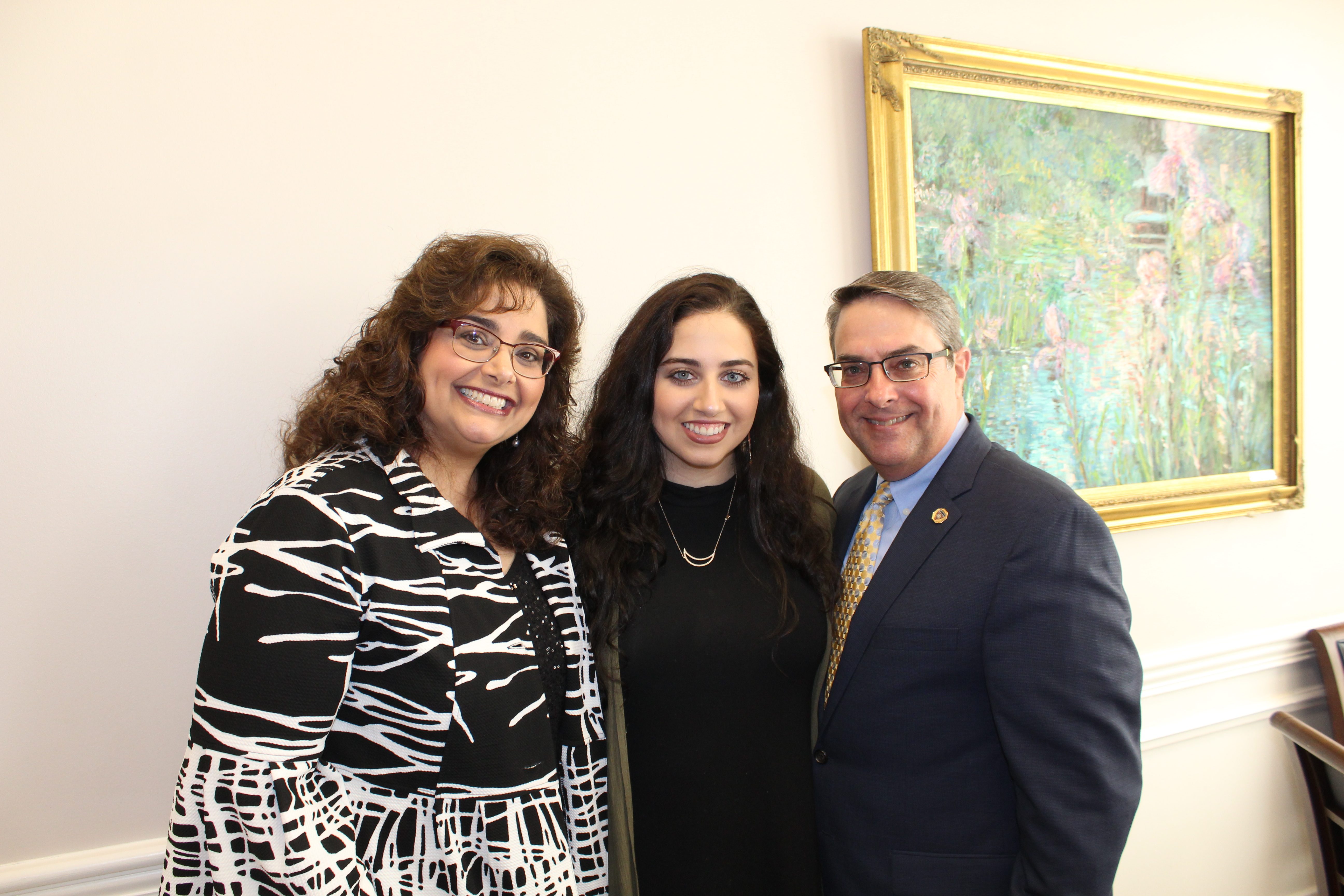 Warren Strain offered valuable interviewing tips and shared stories about his vast experiences as a communicator during his visit to Mississippi College.

Communications director for the Mississippi Department of Public Safety, Strain touched on his agency’s Amber Alerts, its 24/7 crime fighting activities and spoke of his close relationship with the news media. At his alma mater, the Mississippian also encouraged MC students to work hard to achieve success.

“Do your research before interviews,” Strain advised a communication class on the Clinton campus. “Don’t do it on the fly…be prepared and know your subject matter going in.”

The Clinton campus remains familiar turf for Strain who earned his bachelor’s and master’s degrees in communication at MC. In the audience during a March 8 luncheon was Warren’s wife, Sandra, an MC graduate, and their daughter, Tiffany, an undergraduate at the Baptist-affiliated university.

As communications chief for the Mississippi Department of Public Safety, Strain serves as the spokesman for 13 agencies. His duties stretch from the Highway Patrol to the Bureau of Narcotics to the state Crime Laboratory, among others. The department employs 1,100 people around the Magnolia State.

“Every day is a new challenge,” Strain told students. Whether he’s working with the Bureau of Narcotics and its battle against illegal drugs or helping with March 6 graduation ceremonies for Highway Patrol Trooper School 62, Strain handles numerous assignments. It takes long hours and a dedication to serve. During his Mississippi College visit, his cell phone received a blitz of messages from law enforcement officials and the media.

Unlike his early days as a television reporter in the 1980s, new technology dramatically changed for professionals in the world’s communications field. News deadlines are never-ending. Strain must write daily Tweets and post countless messages on Facebook. 21st Century technology, he said, requires much more work for journalists and public relations people these days. “We must meet so many deadlines.”

“He’s able to show how what we are teaching is going to translate into the real world,” Seawright said.

In 2015, Strain was honored as the MC Communication Department’s Alumnus of the Year. He also serves as a city official with the Madison Board of Aldermen. The MC graduate was a hit with fans for several seasons as the former radio announcer for the Madison Central High Jaguars football team.

Her parents tried to steer her away from the communications field, she said with a smile. But it didn’t work. Tiffany is a public relations major and journalism minor at Mississippi College with a bright future. She pens stories for “The Mississippi Collegian” newspaper and earns kudos as a reporter-anchor for MC TV that broadcasts news about Mississippi College.

Tiffany Strain knows her father quite well. “He never turns his phone off.”

During his appearance, Strain saluted the 16 years of extraordinary service by MC President Lee Royce, who’s retiring in May. “His accomplishments are just phenomenal.”