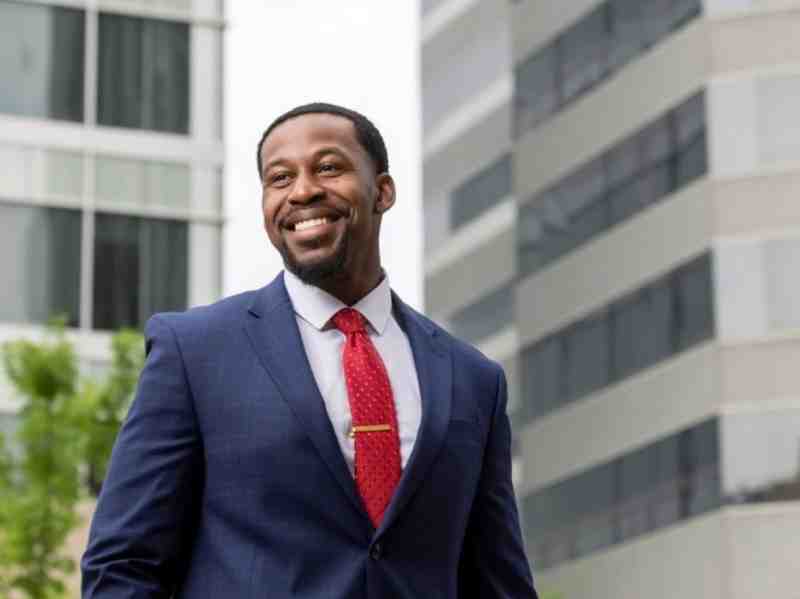 Anthony P. Causley-Jackson, the first African-American to be elected president of the Student Government Association at MC, has been named director of academic affairs for the National Black Law Students Association.

A national organization dedicated to providing academic support, leadership development, and civic engagement opportunities for Black and minority law students has selected a Mississippi College School of Law student to serve as its director of academic affairs.

Anthony P. Causley-Jackson, an MC alumnus, has accepted the position with the National Black Law Students Association for the 2022-23 term. A native of Mound Bayou, Causley-Jackson received his B.S. in political science with double minors in history and servant leadership from MC in 2019. The third-year law student serves as a student associate with the law firm of Taggart, Rimes & Wiggins, PLLC of Ridgeland.

In his role with the NBLSA, Causley-Jackson will be responsible for creating programs that include, but are not limited to, law school team strategies, legal writing improvement, oral advocacy development, and legal analysis training. He will be charges with developing resources to help Black and minority students excel at their respective law schools.

“I will be focused on ensuring minority students are able to use programs the NBLSA offers to help them prepare for interviews, gain employment, and provide the best opportunity for success in the legal profession,” Causley-Jackson said. “I want to give them access to programs that are proven to work, and brainstorm with them to develop new initiatives to address academic challenges they may be facing.”

The NBLSA is the largest 501(c)(3) organization in the U.S. run solely by students. Causley-Jackson, who also serves as president of the organization’s local R. Jess Brown Chapter at MC Law, will be challenged to ensure the programs being offered to NBLSA members are relevant to the needs of each individual chapter.

“The academic hurdles students in California are facing may be completely different from those encountered by students in Mississippi,” he said. “They come from different backgrounds and have different experiences, and while we can’t design a program that will be perfect for every single student, we can tailor programs that are adaptable to each region.”

He plans to present his most promising ideas to the organization’s other leaders during the NBLSA’s annual retreat and conferences throughout the year, and educate chapter leaders about selected opportunities available to their members.

Leadership comes naturally to Causley-Jackson, who played football at MC and became the first African-American to be elected president of the Student Government Association. He said he carefully observed how some of the most influential individuals have successfully navigated life.

His aunt, Hon. Linda Coleman, a 1987 MC Law graduate and longtime judge in Cleveland, instilled in him a love for the legal profession. His mother, Oneida Causley, worked in public education for 20 years, striving each day to help improve the lives of her students.

Causley-Jackson considers the personal relationships he has built with legendary Coach Mike Jones, former athletic director at MC; Dr. Patricia Bennett, retiring dean of MC Law; Dr. Jonathan Ambrose, associate vice president for the student experience and dean of students at MC; and Andy Taggart, MC alum and chief executive officer of the firm he now serves, as critical to his development.

“They took the time to really get to know me, which made for an easy decision to continue my education at Mississippi College,” Causley-Jackson said. “Andy Taggart is a giant in the legal profession, not only in Mississippi, but in the nation. He has supported me and has been one of my greatest mentors.”

He puts what he has learned into practice every day at Taggart, Rimes & Wiggins, working side-by-side with practicing attorneys, performing legal research, writing memoranda, and assisting with the development of evidentiary and motion strategies.

Taggart describes him as one of the best people the noted attorney knows.

“He’s a man of faith. He’s trustworthy, engaging, kind, respectful, hard-working, and has a good record of academic achievement,” Taggart said. “When you come across someone like him, you do your best to make him part of your organization.

“The closer he has come to being an attorney himself, the more his work has become attorney-quality. We are delighted that he is a part of our firm family.”

Taggart, who was elected SGA president at MC exactly 40 years before Causley-Jackson, said the experience gained from serving in the position contributes to leadership skills beneficial to the legal profession.

“Serving on your undergraduate campus in any capacity is an important preparation for law school and law practice, because ours is supposed to be a service profession,” Taggart said. “It’s a little hard to compare our experiences, except that we both left loving MC as an institution and devoted to the University’s long-term advancement.”

Causley-Jackson credits his time at MC for helping him develop his outlook toward leadership.

“When people see me, I want them to see the core values instilled in me from my upbringing in the Mississippi Delta and from my time as a student here at MC,” he said. “We are not only training to become attorneys, but to also use our skill sets to build bridges in our respective communities. People need to see us actively living out the mission of Mississippi College and MC Law.”

According to Taggart, it’s a perspective that will position him for success in the NBSLA.

“I’m not surprised that Anthony’s relatively new professional peers (in the NBLSA) see in him what those of us who know him well always have,” he said. “The relationships he will build in this new service role will create practice opportunities for him over the long-term of his career, but just as important to his professional development will be the way that he will have to step up to handle the demands and expectations of his leadership role.”

For more than 50 years, the NBLSA has been committed to increasing the number of culturally responsible Black and minority attorneys who excel academically, succeed professionally, and positively impact the community. The organization boasts members who are activists, thought leaders, strategic thinkers, and alumni who serve as general counsel, judges, non-profit executives, and business operatives.

The organization is not exclusive to African-Americans and minorities, Causley-Jackson said.

“Anybody can join – especially if they’re considering coming to MC Law,” he said. “The goal is to increase the number of competent Black attorneys practicing law. Less than 5 percent of lawyers in the U.S. are Black.

“I would highly encourage anyone to become involved in the organization.”