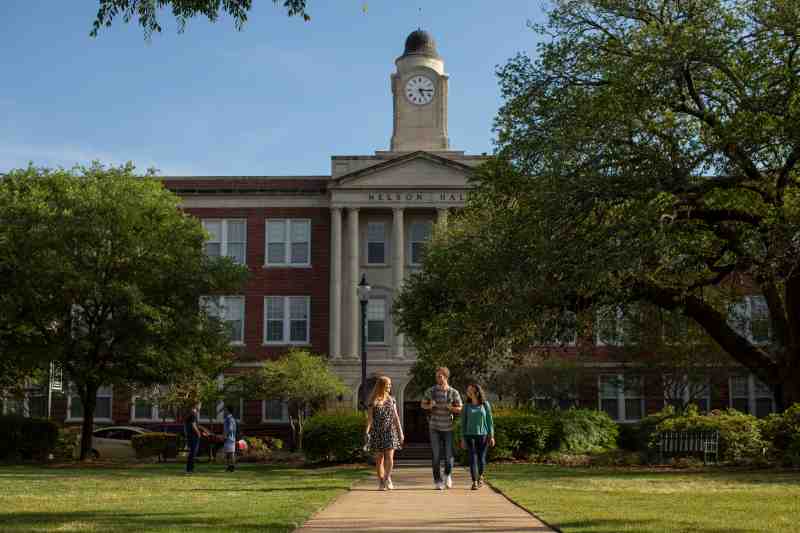 The Sclater Chamber Music series concert, expansion of the Dyslexia Center, Career Day, and the Spring  scholarship dinner are among Mississippi College’s notable events in the new year.

From the start of Spring semester classes on January 14 through graduation day in May, the MC family will experience another busy new year. It’s never too early to start thinking about the university’s 2019 Homecoming set for October 24-26. Every year, thousands of alumni visit the Clinton campus for class reunions, tailgating, Choctaws football, Follies skits, a festive parade along College Street and much more.

Soon after classes resume, President Blake Thompson will serve as the guest speaker at a January 16 open house to welcome a new addition to MC’s Dyslexia Center. Teachers at the growing School of Education facility help young students coping with dyslexia.

Dyslexia is a learning disability characterized by difficulties with accurate or fluent word recognition and poor spelling. Millions of Americans face dyslexia problems at an early age and through much of their adulthood. Jan Hankins serves as the center’s director.

“She has worked tirelessly with the rest of our Dyslexia staff and faculty to serve many students and families around our state,’’ School of Education Dean Cindy Melton said.

Generous gifts from the Lifeshare Foundation and Matt Holleman made the building’s expansion possible. The open house begins at 10:30 a.m. at the center near the Longabaugh soccer fields.

In late January, the Blue & Gold family gathers to celebrate the university’s Founder’s Day. Taking root as Hampstead Academy in 1826, Mississippi College has seen its enrollment steadily climb to nearly 5,200 students today. America’s second oldest Baptist college, Mississippi College has a promising future in the 21st Century, leaders say. The event wraps up with coffee and cake for MC supporters at the B.C. Rogers Student Center.

Also booked this winter, music lovers are invited to a concert by the Mississippi Symphony Orchestra Woodwind Quintet. The group performs at the February 8 chamber series named for James Sclater. A prominent award-winning composer, the Clintonian was a beloved Mississippi College professor for four decades before retiring in 2010.

Five Mississippi musicians are set for the Sclater series concert at the Jean Pittman Williams Recital Hall. They are: Amulet Strange who plays flute, Julie Hudik who’s featured on oboe and Ken Graves on the clarinet.  Jon Wenberg plays bassoon and Mimi Draut Linehan sounds her French horn to round out the talented Mississippi Symphony Orchestra quintet.

The performers also serve as Mississippi College adjunct instructors. Tickets for the 7:30 p.m. concert in the Aven Fine Arts Hall are $20 for adults and $5 for students.

Other noteworthy programs on the calendar include the 2019 Career Day in Anderson Hall. The February 12 event (from 10 a.m. until 2 p.m.) will draw hundreds of job-seeking MC students to network with about 80 employers. This year’s event will include a race with students burning off a few calories while dressed in business attire with sneakers. The Office of Career Services serves as the sponsor.

Mississippi College’s Spring scholarship dinner will once again bring a nationally prominent speaker to the Clinton campus. Details will be announced at a later date.

Last year’s keynote speaker was former CIA director Michael Hayden, who spoke about global terrorism and USA strategies to deal with these daily threats. Mississippi College launched the program in 2008 with former Senate Majority Leader Bob Dole the first speaker. The event has generated more than $3 million for student scholarships over the past decade.

As usual, Mississippi College sports fans should have plenty to cheer about. The MC Choctaws baseball team returns to the diamond this Spring as the defending Gulf South Conference champions. From tennis to track, from Lady Choctaws softball to the university’s equestrian team, there will be many triumphs to come in 2019.

The date of July 1, 2019 marks Dr. Thompson’s one-year anniversary as the Christian university’s leader. MC’s 20th president, the Rienzi, Mississippi native has hit the ground running since his arrival last summer. President Thompson, his wife, Jana, and their three children have been warmly embraced since day one by the Clinton community.