MC Alert: MC operations on the Clinton campus and at MC Law in Jackson will close at 3:30 p.m. on Tuesday, Nov. 29, in anticipation of severe weather. All classes at both the main campus and the law school beginning after 3:30 p.m. are canceled. Please monitor local conditions and stay weather aware.
Posted Tuesday, December 19, 2017 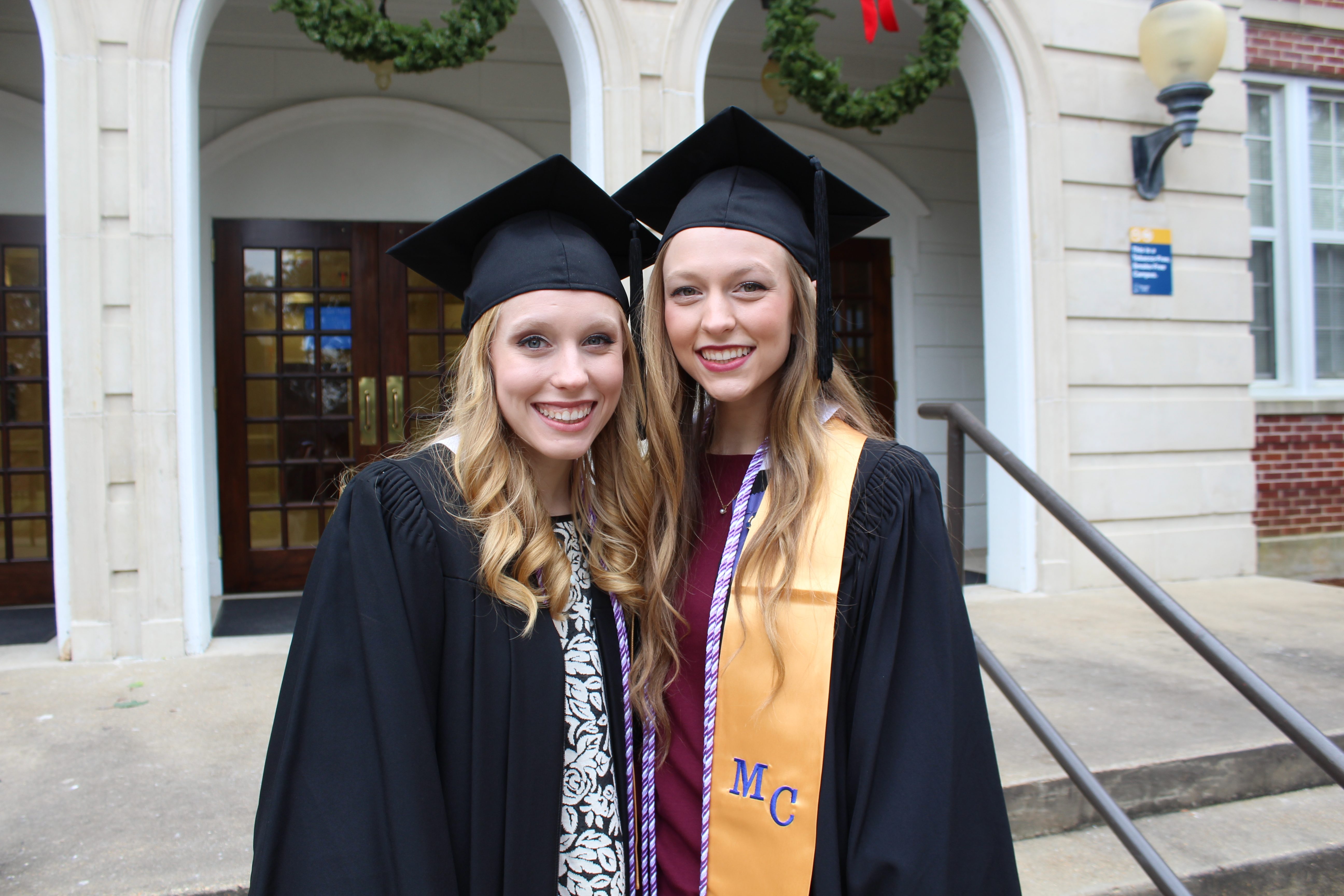 The future shines bright for the Brandon residents who graduated on December 15 from Mississippi College’s School of Nursing. The sisters were happy to room together and lean on each other as study partners on the Clinton campus.

“We were in the same classes and are basically best friends,” Hannah Speights said minutes after Friday’s commencement ceremonies at Swor Auditorium.

The 21-year-old Mississippians will work just a few miles apart in the healthcare field. Hannah landed a job as a nurse with St. Dominic Hospital in Jackson. Haley begins her nursing duties at the University of Mississippi Medical Center in Jackson.

Both women were homeschooled in Rankin County before enrolling at Mississippi College.

At the 191-year-old university, Haley Speights agrees. “Our teachers were Christian examples.”

The close friendships built between teachers and dozens of students at Cockroft Hall, home of the School of Nursing, will be long lasting. “We became family,” Hannah Speights said.

Nearly 50 graduates receiving diplomas at MC School of Nursing ceremonies shouldn’t have trouble finding jobs. Leaders of the American Nurses Association are optimistic about employment prospects. The U.S. Department of Labor forecasts 712,000 new registered nurses are needed nationwide between 2010 and 2020.

MC’s Class of 2017 was one of the largest in recent years at the School of Nursing. The addition of grads of a new accelerated degree program boosted their numbers in mid-December.

New nursing graduate Eleanor Whavers, 23,of Jackson will work at St. Dominic Hospital. What attracted her to nursing? “The love of serving people.”

A graduate of Terry High School, Whavers, like all her classmates, invested long hours with her studies. “Nursing school was tough, but I made it through.”

As family members clicked photos, Mississippi College grads like Hannah McRaney and Rebecca Holt, both of Vicksburg, both look forward to starting their careers. They vow to show God’s love to their nursing patients.

Hours later, School of Education Dean Cindy Melton served as the keynote speaker at two other commencements at the A.E. Wood Coliseum. Graduates awarded diplomas came from across the USA and as far away as China.