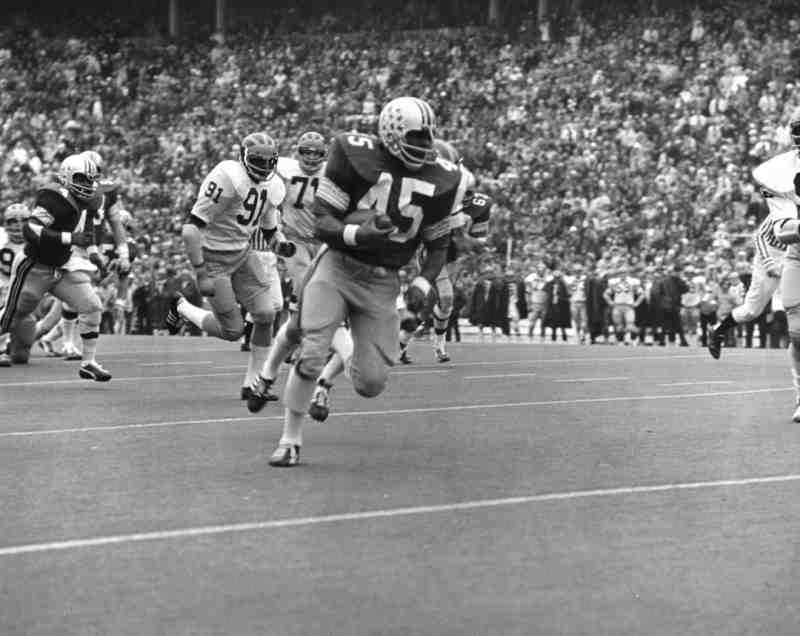 The dinner is set for November 6 on the Clinton campus. The program begins 6:30 p.m. that Tuesday evening in Anderson Hall.

President Blake Thompson is delighted to welcome Griffin to the year’s biggest program for MC athletics.

“Two-time Heisman Trophy winner Archie Griffin remains one of the icons of the college football world and is beloved among Ohio State Buckeyes everywhere,” Thompson said.

After 11 years as president and CEO of the OSU Alumni Association, Griffin stepped back in 2015 to a consultant role as senior advisor in the university’s Office of Advancement. He led an expanded effort to embrace young alumni at the 66,000-student institution. The Columbus native began initiatives focusing on career assistance and establishing an Office of Volunteer Relations.

A three-time All-American during his playing days as a Buckeye from 1972-75, Griffin was a first-round draft choice of the Cincinnati Bengals. The 1976 Ohio State grad served as the NFL team’s co-captain and played seven seasons.

“As tremendous as he was at football – and he ranked among the absolute best – he’s even a better person,” Thompson said. “I admire him for his character, deep faith and service as a humanitarian.”

In demand as a motivational speaker nationwide, Griffin will help MC strengthen support for athletic programs for years to come, Thompson added.

MC is in its 5th year back in NCAA Division II and the Birmingham-based Gulf South Conference.

Athletic Director Mike Jones said the sports banquet remains a key event on the Clinton campus from one year to the next.

“Our athletic department at Mississippi College owes much of our success directly to the Athletics Dinner,” Jones said. “We are blessed to have the level of support from our friends and alumni.”

With Griffin headlining the event, “things can only continue to move forward,” he said.

“Archie was at OSU during my elementary school years. He was one of my first sports heroes that I remember,’’ Young said. Dr. Young attended Ohio State for graduate school 20 years after Griffin earned his degree in industrial relations. “Of course, the Bengals were also my team, so that stretched into junior high and high school.”

A member of the College Football Hall of Fame in Atlanta, Archie Griffin is the nation’s only two-time Heisman Trophy winner. He’s one of two players in NCAA history to start in four Rose Bowls.

Archie and his wife, Bonita, lead a foundation to develop sports, educational and travel programs for youth. Griffin has three children and three grandchildren.

For more information on tickets, contact Tim Fritts, MC assistant athletic director for development, at 601-925-7826 or tfritts@mc.edu or visit mc.edu/athleticsdinner