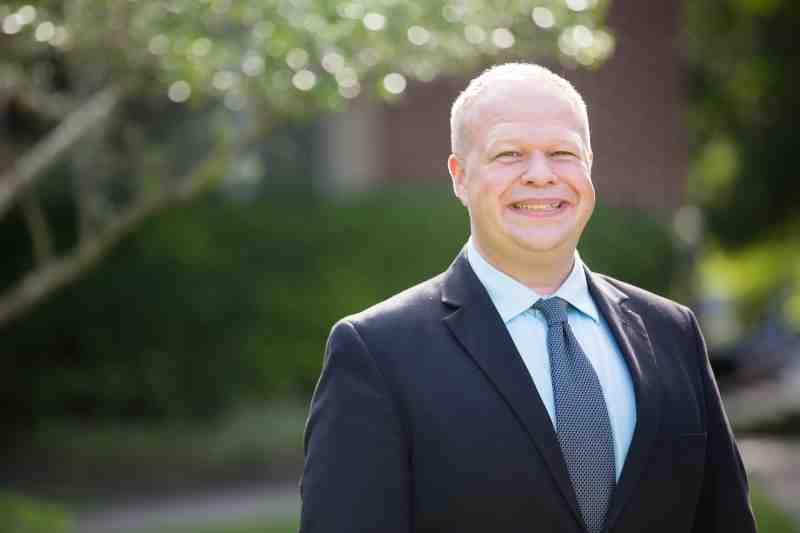 Musical performances at MC this fall will be enriched by the presence of community members in the audience, according to Dr. Benjamin Williams, music chair.

After an exclusive 2020-21 musical performance schedule limited to Mississippi College faculty, staff and students by the COVID-19 pandemic, community members throughout the state will be welcomed back to the Clinton campus for an impressive slate of concerts and recitals this fall.

Dr. Benjamin Williams, chair of MC’s Department of Music, said he will be thrilled to see the University’s concert halls, auditoriums and outside venues filled to capacity as students, faculty, and guest performers offer a cornucopia of auditory delights, from concert bands, ensemble pieces and organ recitals to worship standards, opera arrangements and symphony numbers.

“Our musical performances have been one of our main connections to the community,” Williams said. “Many times, we end up being the face Clinton knows Mississippi College by. Whether it’s our jazz band performing on Brick Street or the Festival of Lights, we’ve become a connection point between the community and the school.

“Music is all about bringing people together, and we’re proud of that role.”

While musicians were still able to perform in front of limited gatherings at the Christian University, Williams said their experience pales in comparison to an auditorium filled with community members and friends.

“It’s helpful for the performers themselves to get immediate feedback from a diverse audience with lots of people,” he said. “It really amplifies the experience. It’s hard to perform without an audience.”

Williams would have personally helped kick off the fall schedule on Sept. 23, when his New JXN ensemble was to play in the Aven Fine Arts Building, but that performance has been postponed. Information about the time, date and place for the rescheduled performance will be posted when it becomes available.

Williams plays bassoon for the group, which includes Tyler Kemp on keyboard, Shellie Kemp on violin, Adam Almeter on trombone, Amulet Strange on flute and Ken Graves on clarinet.

Williams said the ensemble performs contemporary classical music and crosses over to popular styles. The group will also play music composed by Williams himself. The group is comprised of MC faculty or members of the Mississippi Symphony Orchestra.

“We try to create music or play music that is an exciting complement to classical music,” he said. “We’re presenting a sort of fresh look at what classical music could be.”

Dr. Robert Knupp, MC professor of music, will give a pipe organ recital, “Ancient Synthesizer,” at 9 p.m. on Tuesday, Oct. 12, in Provine Chapel.

“It’s going to be a very different kind of program,” Knupp said. “There’s not going to be any ‘classical’ music in it.”

Instead, he plans to delight the audience with more contemporary favorites, from Queen’s “Bohemian Rhapsody” and Wham’s “Careless Whisper” to Lynyrd Skynyrd’s “Free Bird” and Led Zeppelin’s “Stairway to Heaven.”

The playlist came from a series of social media videos Knupp posted throughout the pandemic. He amassed more than 75,000 views by performing rock music classics on the pipe organ.

The Worship Collective, a group of MC students majoring in music and other disciplines, will combine to lead a “Night of Worship” at 7:30 p.m. on Tuesday, Nov. 9, in the First Baptist Church chapel.

“They will present some worship music that would be familiar to audiences, but they will also be presenting some original music that evening as well,” Williams said.

The students will cover scenes from six operas in English, Italian, and French, ranging from Henry Purcell’s “Dido and Aeneas” to Hector Berlioz’s “Beatrice et Benedict,” to Stephen Sondheim’s “A Little Night Music.”

Williams said one of the most well-attended musical events of the season is the Jazz Band Concert, scheduled for 7:30 p.m. on Tuesday, Nov. 16, in the Aven Fine Arts Building.

“They will perform a broad range of jazz music, from ‘old school’ swing to funk and pop arrangements, with improvisation and lots of energy,” Williams said. “It’s always a fun night.”

A more traditional band will take the Swor Auditorium stage at 7:30 p.m. Monday, Nov. 22, in Nelson Hall for the “Symphonic Winds Concert.” Williams said although its playlist has not been finalized, the band has performed marches and arrangements of classical pieces in the past.

The fall concert season at MC will culminate with the Festival of Lights, a trio of performances scheduled at 7:30 p.m. Thursday-Saturday, Dec. 2-4, in Provine Chapel. A longstanding musical tradition, each night of carols and songs played by candlelight, often on the piano and organ, helps usher in the Christmas season.

The Festival of Lights requires a ticket purchase, but all other concerts at Mississippi College are free to the public, with seating on a first-come, first-served basis. For more information about the fall performance schedule, click here.