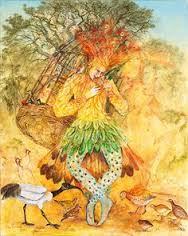 Tickets for “The Magic Flute” may be purchased online at mc.edu/marketplace

Wolfgang Amadeus Mozart died two months after the premiere of “The Magic Flute.” It remains the last great completed overture of the internationally celebrated composer.

There’s still plenty of time for music lovers to purchase tickets for the concert production of Mozart’s beloved opera at Mississippi College.

The dates for the Mississippi College Opera Theatre production are September 29 at 7:30 p.m. and October 1 at 3 p.m. in the Jean Pittman Williams Recital Hall. Tickets are $20 for adults and $10 for students from any school.

Audiences on the Clinton campus will enjoy the refreshing sounds of memorable melodies. The MC student opera performers will sing German tunes with English subtitles and dialogue in English.

Patrons across Mississippi are invited to join the cast for Mozart’s light-hearted masterpiece. They can take the journey with the young prince, Tamino, as he is sent on a mission by the Queen of the Night to save her daughter, Pamina. He is joined by the bird-catcher, Papageno, and runs into many interesting characters along the way.

After 1784, Mozart served as a member of the Freemasons and penned music for Masonic Lodges. “The Magic Flute” was considered to be a Masonic Opera due to its symbolism in Europe.

The MC Opera Theatre performs creative productions on stage every other year on the Clinton campus. The Fall 2017 production is one that shouldn’t be missed, say MC Music Department leaders. Instructor Mandy Spivak-Perna is the opera’s director. Music professor Tyler Kemp is the accompanist.

Tickets may be purchased online at mc.edu/marketplace or at the door. For more information, contact Dottie Serio of the MC Music Department at 601-925-3440 or Serio@mc.edu