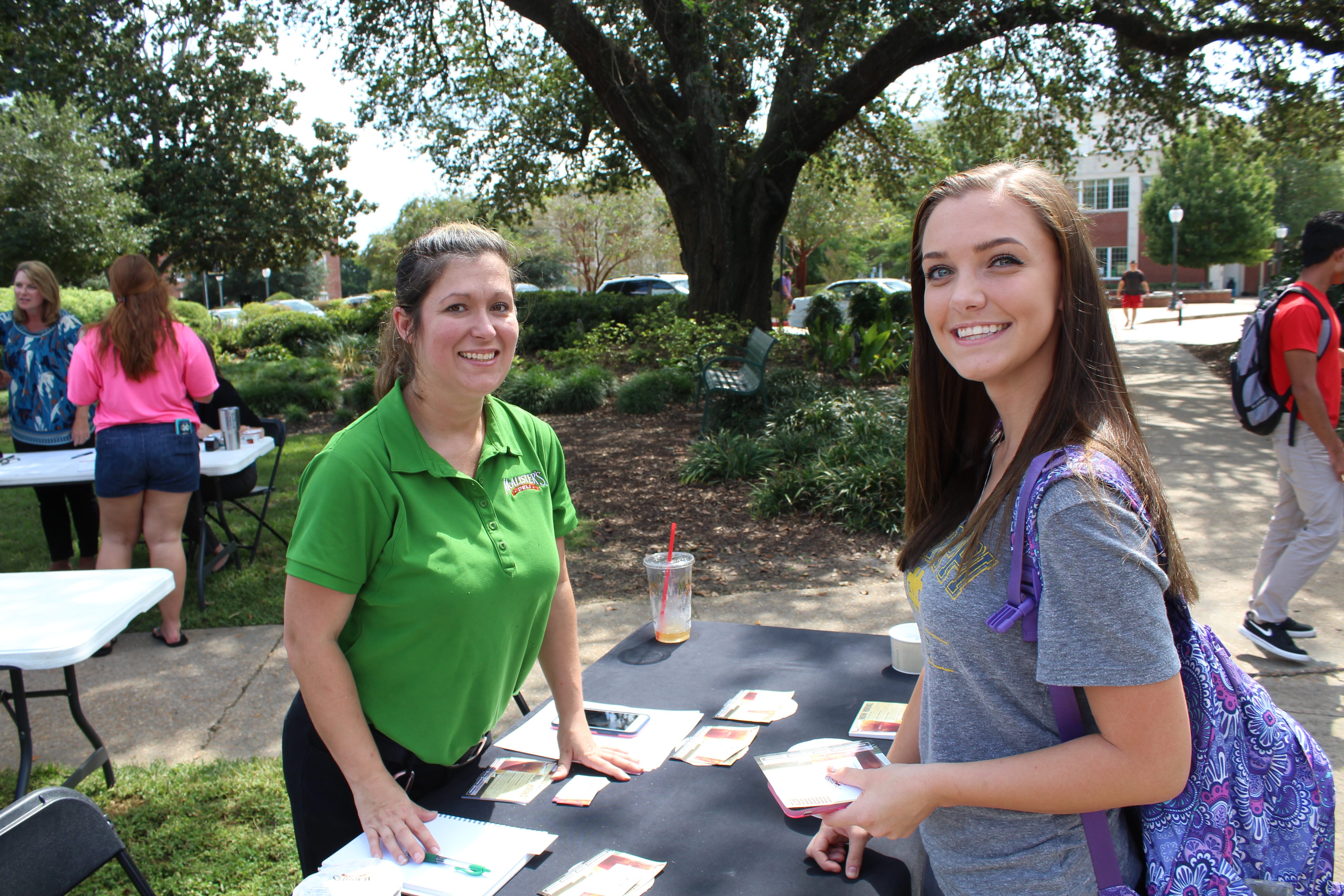 Ivy Killen sees the value of working to help pay for her Mississippi College education.

An 18-year-old freshman, Ivy stopped by the university’s Part-Time Jobs Fair to explore the possibilities.

The McAlister’s restaurant table was among Ivy’s stops on the Quad on September 27. “I’d love to be able to work for McAlister’s Deli because the food is great and the atmosphere is always welcoming,” says the Hattiesburg resident. “It would be a good way to help me pay for school.”

Killen was among 60 students visiting with representatives of nearly a dozen organizations. Restaurants like Waffle House, Outback and McAlister’s along with area churches made pitches to dozens of students on the Clinton campus.

“I love MC students,” McAlister’s staffer Becky Lambert said at the event in the heart of the Clinton campus.

Mississippi College’s Office of Career Services served as the sponsor. Jim Miller, the office director, called it a success. “We were very pleased with the outcome,” he said. “Student feedback was very positive. We are confident that many worthwhile connections were made between students and local employers.”

MC freshman Gabby Howe of Long Beach was delighted to see so many employers interested in putting students on their payrolls.

“I really loved to see there were businesses who were willing to work with my crazy college schedule,” says Howe, a Long Beach High graduate. “A part-time job will help a ton when it comes to paying for school and books.”

Friendly business people from across metro Jackson brought applications, and informative brochures about their companies. They brought discount cards, too, for future customers. Students learned that internships are available at First Baptist Church Ridgeland.

The Fall program made it much easier for students facing heavy academic demands, Howe said. “Finding a job is hard when you are a full-time student.”

Killen is considering a criminal justice major and working for a law enforcement agency like the FBI. Howe is looking at a career in the medical field.

MC’s Career Services staff is pressing ahead with other major events on the Clinton campus. The office is sponsoring the 2018 Career Day on February 13. The annual event pairs scores of employers with hundreds of job-seeking Mississippi College students.