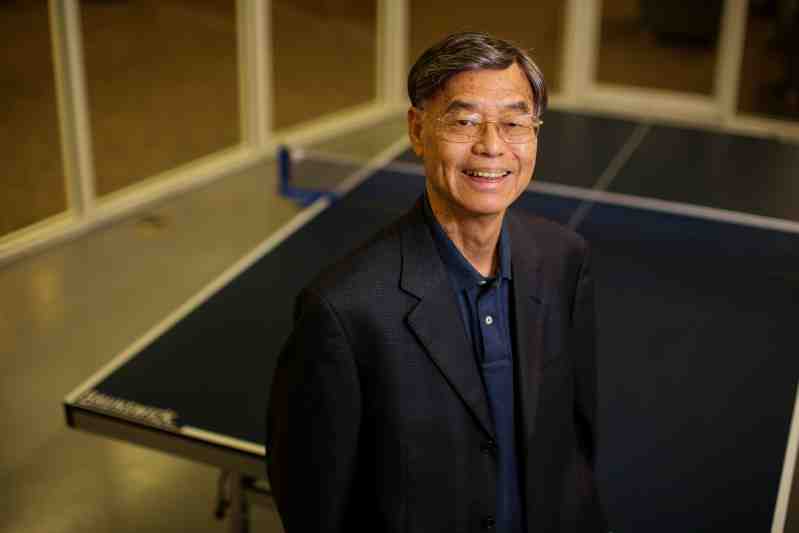 Celebrated as a philanthropist and a prominent Texas businessman selected Mississippi College’s Alumnus of the Year in 2015, Dr. Louis Lau left an incredible legacy at his alma mater.

A trailblazer as a Chinese student at the Christian university in the 1960s, Dr. Lau, 85, passed away peacefully at his home in Toronto, Canada. The 1965 MC graduate was surrounded by his loving wife of 41 years, Sophia Lau, along with relatives on March 31. Born in Hong Kong in 1936, Louis was educated there through high school before enrolling at Mississippi College in 1960.

Arriving on the Clinton campus with little money in his pocket, Louis made school history as the first Chinese student accepted at Mississippi College. He overcame financial hardships and language barriers with the help of missionary friends, faculty, and staff. Louis came to know Christ and was baptized at First Baptist Church Clinton in 1963. Two years later, he received a bachelor’s degree in biology and chemistry.

The business executive’s servant’s heart for international students, the tremendous support of the university's science programs, and all things Blue & Gold was phenomenal.

The recipient of an honorary doctorate from Mississippi College, Dr. Lau strengthened his ties to the institution while living in the Dallas area for decades.

“Dr. Lau will be deeply missed,” says Mei-Chi Piletz, director of MC’s Office of Global Education. “His devotion and generosity to MC and compassion for international students (especially Chinese students) left a legacy we will always remember,” adds the native of Taiwan.

“Dr. Louis Lau loved Mississippi College and the friends he made there,” says Ron Howard, the university’s provost emeritus and retired vice president of academic affairs. “He credits much of his subsequent success to his teachers and friends in Clinton.”

Louis received an honorary doctorate from Mississippi College, a tribute to his notable business and science achievements. “He supported every major MC initiative for the last two decades,” Dr. Howard noted. That included 14 years of backing the extraordinary Mississippi College table tennis team, winners of a national collegiate championship in 2015.

Student-athletes on the team came from around the globe, including China, Ukraine, Japan, Venezuela, Mexico, and the USA. He always felt giving back was important.

Dr. Lau earned a master’s in biology at Texas Southern University in Houston in 1967. After work in research and teaching, he switched careers to begin a real estate and property management company. Louis Lau Investments opened in 1973 and gained prominence. At the same time, the Texan focused on promoting China to gain the Most Favored Nation status as a trading partner of the United States. Back then, there were no diplomatic relations between the two nations.

His persistent efforts, especially in the planning of the visit of Deng Xiaoping, vice-premier of China at the time, to Houston in 1979, gained recognition for Dr. Lau. In 1980, Louis married Sophia Cheng in Toronto, Ontario. In 1980, the newlyweds moved to Dallas. Sophia’s proficiency in English and Chinese writing was an enormous asset to her husband’s thriving business.

In 1993, Dr. Lau joined with two other American-educated Chinese professionals to found AsiaInfo Holdings in Dallas. In 1995, AsiaInfo built the Internet infrastructure known as “China Net” and delivered service to a large population in China. In 2000, AsiaInfo went public on NASDAQ. Louis Lau became the Chairman of the Board until his retirement in 2003.

In 2006, Mississippi College named Lau the Distinguished Alumnus of the Year for the Department of Chemistry and Biochemistry. He was presented with an honorary Doctor of Science degree. In 2015, Dr. Lau was named MC Alumnus of the Year for his longstanding support of the Baptist-affiliated university. “True happiness on earth is found in love,” Dr. Lau said in his acceptance speech at the university’s Homecoming awards dinner.

MC table tennis coach Zhicheng “Johnson” Liang is among many saddened by his passing. “Dr. Lau was one of my best friends who always inspired me,” says Liang, a former Choctaws table tennis standout and native of China. “All Mississippi College table tennis team members miss Dr. Lau,” the Michigan accountant says.