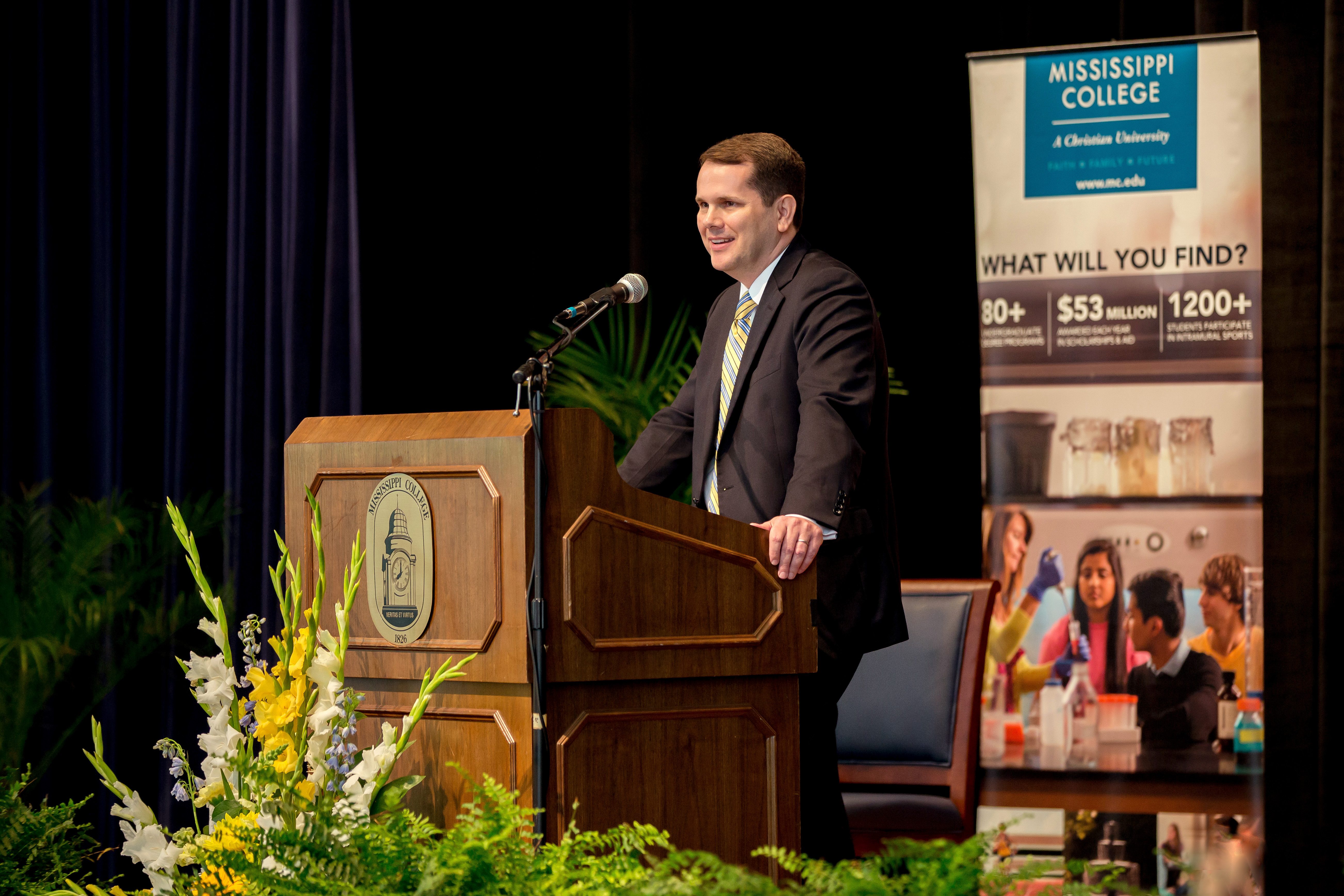 Mississippi College President Blake Thompson will address the Class of 2018 at MC’s graduation ceremonies on August 4.

It marks the first time that Dr. Thompson will speak at an MC commencement since taking office July 1. Thompson succeeded President Emeritus Lee Royce, who retired after leading the Christian university with distinction the past 16 years.

The program begins 10 a.m. that Saturday at the A.E. Wood Coliseum on the Clinton campus. About 241 students will receive diplomas.

President Thompson earned three degrees, including his doctorate from the University of Mississippi School of Pharmacy. He also received an executive master’s from Georgetown University’s McDonough School of Business.

Thompson and his wife, Jana, are the parents of a son, Grey, 14, and daughters, Sarah Blake, 11, and eight-year-old Cate. Jana Thompson is also a Rienzi native and graduate of the Ole Miss School of Pharmacy.

“It has been a rewarding experience working and connecting with Dr. Thompson,” says Anthony Jackson, MC’s Student Government Association president. “He is very people-oriented and the students are gravitating more to him and his family faster than anyone would’ve expected,” adds the Mound Bayou resident. “I’m looking forward to the school year.”

At 66,000-student Ohio State, Thompson held prominent positions at one of the nation’s largest institutions. His name kept rising to the top as MC trustees conducted a nationwide search for a new leader.

The future shines bright at America’s second oldest Baptist college, Thompson believes. “MC is on a tremendous trajectory, and I want to support it as it continues to grow.”

Royce says the 192-year-old school remains in good hands under the Thompson administration. “His youthful devotion and passion for the mission of Mississippi College promises great days ahead for this university cherished by so many.”

Thompson says he will live out his faith at the Christ-centered institution and encourage others to do so at Mississippi College.