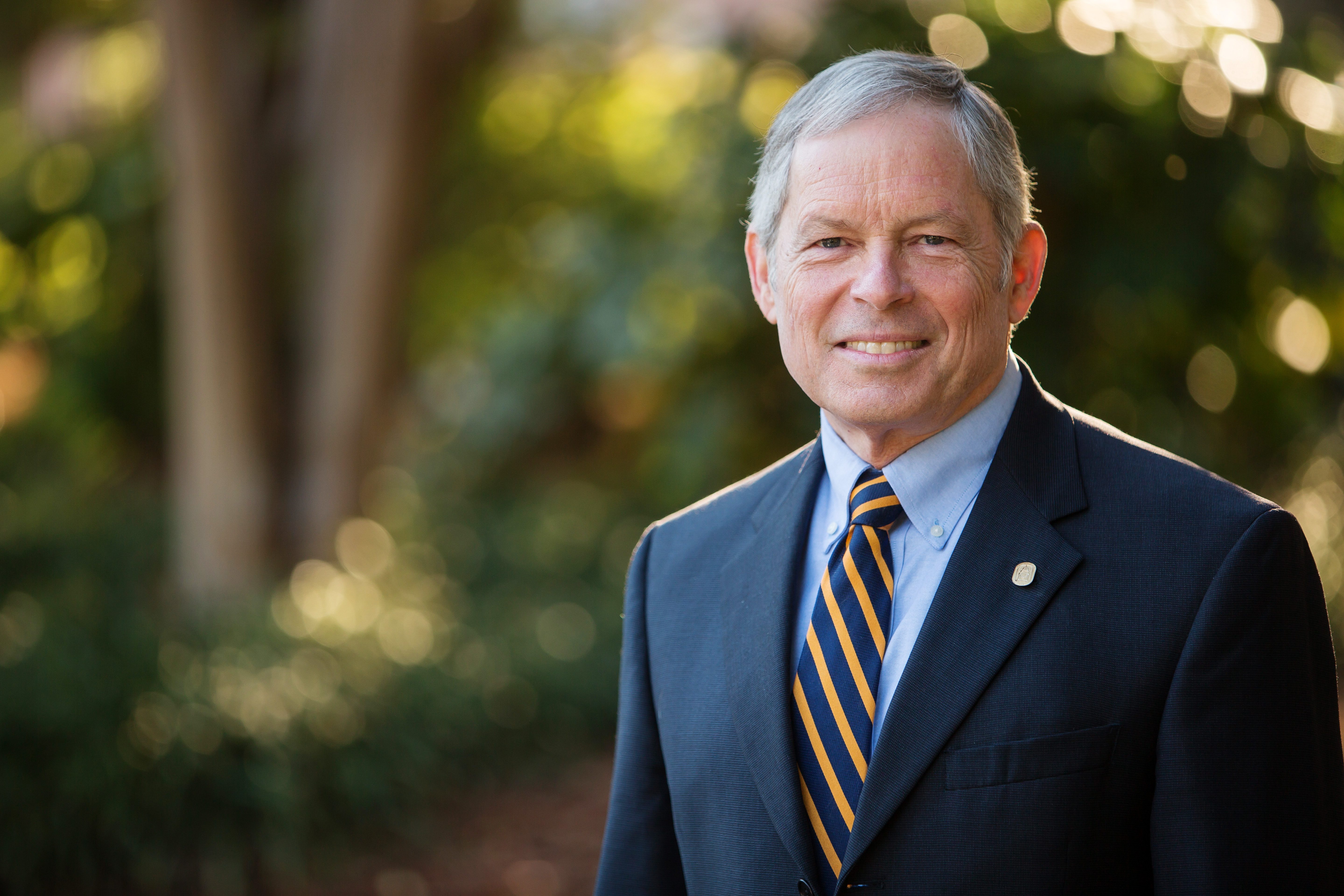 President Lee Royce will retire in May 2018 after 16 extraordinary years serving as MC’s leader. Dramatic gains in enrollment, financial successes, a facilities renaissance and strengthening of the institution’s Christ-centered mission were major cornerstones of his administration.

Royce shared his retirement plans with the university’s Board of Trustees executive committee Monday morning. The Vanderbilt University alumnus said he appreciates the board’s “great and continuing support and encouragement to remain in service.” But he and his wife, Rhoda, decided a move to retirement was best.

The 65-year-old Miami, Florida native remains passionate about America’s second oldest Baptist college. It’s been evident since day one of his service in 2002. “We love MC and its people and have given our full devotion,” he stated in a message on August 7 to the university’s community.

Leading the 191-year-old university based in Clinton has proven to be the greatest honor of his life, Dr. Royce said. But “the time has come for new, younger, more energetic leadership to guide the institution towards its bicentennial in 2026.” He expressed his profound thanks to the faculty and staff for their amazing work the past 15 years, and the job they will continue through the remainder of his presidency.

Royce served as president at Baptist-affiliated Anderson University in South Carolina before becoming MC’s leader in 2002. At the time, enrollment stood at 3,200 students. And there are nearly 5,200 students enrolled today, including more than 400 at MC Law in downtown Jackson. There were just nine international students when he arrived. In 2017, there are more than 300 students from nearly 40 nations as MC greatly expanded its global outreach.

What began as a $65 million Growing the Vision campaign ended up raising $87 million for scholarships, facilities, a bigger endowment and academic needs. Under his watch, the school budget of $38.7 million in 2002 grew to $75.5 million or nearly doubled. The MC endowment shot up from $36 million to $80.9 million. The percentage of faculty rose by 38 percent to climb to 213 during his tenure.

Summing up the many accomplishments of Dr. Royce in a few short sentences is a difficult task, but his solid character as a Christian was always evident, supporters say. “He’s truly an authentic Christian gentleman whose leadership abilities are unsurpassed in terms of encouraging others’ from students to faculty and staff,” said Ron Howard, vice president for academic affairs.

Serving so closely with Dr. Royce at his office a few feet away in Nelson Hall has been a blessing for Dr. Howard and other colleagues. “This is an emotional thing for the people that served with him. He’s the real deal.”

Howard says dramatic advances during his administration should note the work of Team Royce, including the president’s wife, Rhoda. “You can’t overstate her contributions to his successes.” Rhoda Royce was among the daily tutors to Clinton children at a nearby apartment complex along with MC students. She joined the president at many notable MC events, from athletic events to concerts and hosted numerous receptions at their home. She taught as a part-time instructor for many years.

With Royce making his announcement today, the MC Board of Trustees will launch a national search for a new leader for the Christian university. A new president is expected to be on board by next fall. But finding somebody with all the superlatives of Dr. Royce, including his wonderful sense of humor, won’t be easy. Said Howard: “Dr. Royce will never be replaced.”

The announcement came as Clinton teachers, coaches and staff convened on the Clinton campus for their annual convocation. About 64 percent of the Clinton employees are graduates of Mississippi College. It remains one of the state’s best districts. The MC relationship with the Clinton district runs deep. And so does the university’s strong partnership with the Clinton community. It’s something President Royce emphasized during his presidency from day one.

Royce’s outstanding leadership has been recognized in the metro Jackson area – he was named Clinton’s outstanding citizen of the year. He was saluted by the Council for the Advancement & Support of Education as the District III chief executive of the year in the Southeast region.

In his email to the MC family today, Dr. Royce also thanked the Mississippi Baptist Convention for their tremendous support of the institutions over the years. He noted that over 1,100 MC students made first-time professions of faith in Christ since 2002.

MC School of Business Dean Marcelo Eduardo speaks for many when he said that Dr. Royce’s “leadership and its impact on the university will be felt for generations. His leadership and financial stewardship have been decisive.”

Lee and Rhoda Royce intend to retire living near their son, Mark Royce, who is a college teacher in northern Virginia.