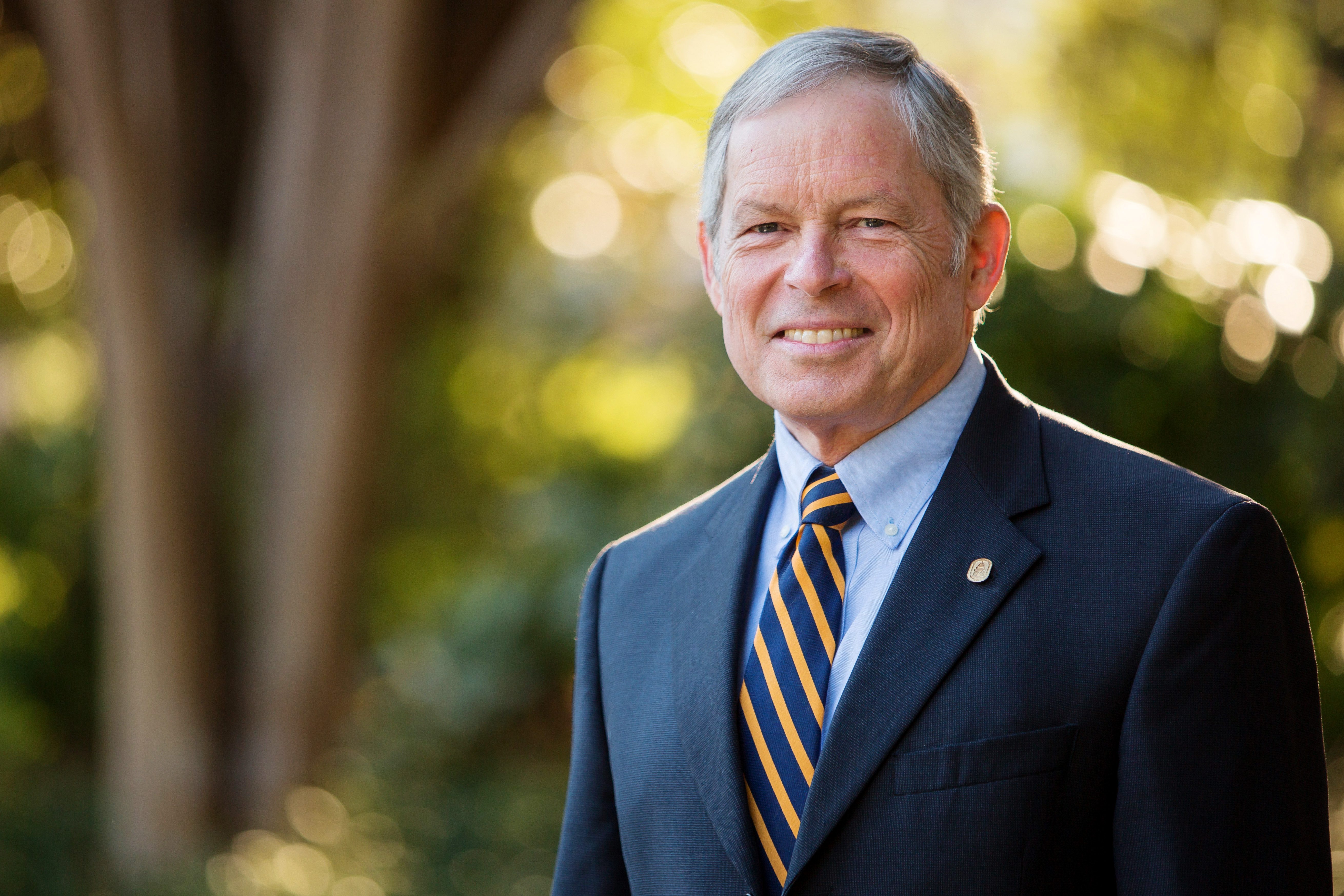 On May 11, MC School of Law leaders will present him with one more nice tribute on graduation day at First Baptist Church Jackson.

Dr. Royce will receive the honorary Doctor of Laws degree that Friday morning. Commencement ceremonies begin 10 a.m. at the church sitting a block from the Mississippi Capitol. There will be 105 MC students receiving law degrees.

There are many reasons the honorary degree will come his way. Royce helped build MC’s national reputation, added stellar academic programs and saw university enrollment jump to nearly 5,200 students. He was a key player as MC finances were strengthened and major new facilities were built. At MC, the annual budget nearly doubled to $75.5 million. The MC endowment rose from $36 million to $80.9 million.

President Royce remains a superb leader at the main campus in Clinton and at the MC School of Law in Jackson. MC Law School became part of the Baptist-affiliated institution in 1975.

“Dr. Royce and his wife, Rhoda, will be dearly missed. We are wishing them joy, happiness and all the best in retirement,” the law dean said.

In late June, the Royces will retire to Northern Virginia to live closer to their son, Mark Royce, a college political science instructor.

In the Fall, Dr. Royce received a resolution from Mississippi Baptists at their 182nd annual convention to commend his faithful service. The Royce Medical Science Center on the Clinton campus is named in his honor. There’s a new Lee and Rhoda Royce endowed scholarship to salute their wonderful service since 2002. The Rhoda Royce Prayer Garden near Alumni Hall is a fitting tribute to MC’s First Lady.

The guest speaker at the MC Law commencement is United States Magistrate Judge John C. Gargiulo. He is a former circuit court judge in a district spanning Hancock, Harrison and Stone counties in South Mississippi.