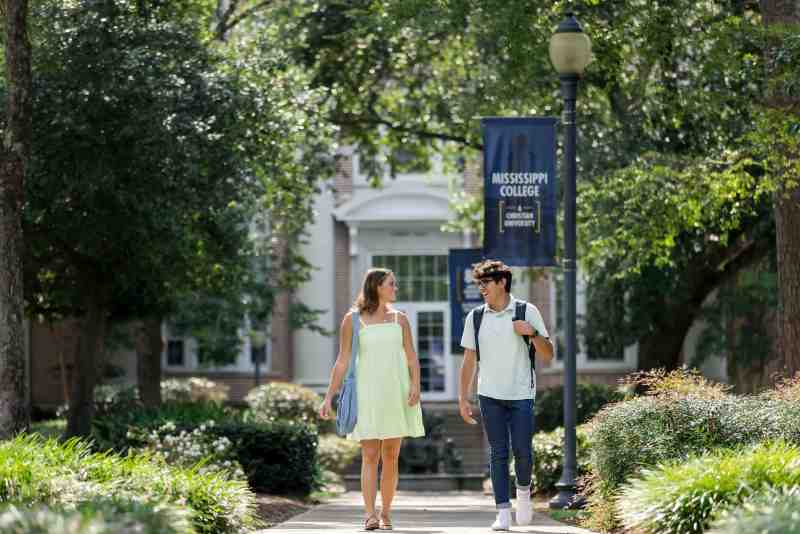 One of the nation’s leading tutoring, test prep and college admission services companies has listed Mississippi College among its “2022 Best Colleges: Region by Region” listings.

The Princeton Review has included MC in its 143 best colleges in the Southeast list released online Aug. 31. MC’s entry, including an overview, statistical summary and “See what students say” feature, can be found here.

According to its website, the Princeton Review lists only those institutions “we consider academically outstanding and well worth consideration in your college search.” Schools included in the listings are not ranked.

“We’re elated to be named a ‘Best College in the Southeast Region’ by Princeton Review as it speaks to our commitment to academic excellence,” said Michael Wright, acting dean of enrollment services at Mississippi College. “At MC, we shape the next generation of leaders that will rise to their calling and transform the world for Christ, and it’s amazing and humbling to be honored by the Princeton Review for the work that we’re doing.”

In all, the Princeton Review website features 655 colleges and universities divided into five different regions.

“We chose Mississippi College and the other outstanding institutions on this list primarily for their academics,” said Robert Franek, editor-in-chief of the Princeton Review.

To compile the listings, Franek said the company considered data from its survey of administrators at several hundred colleges in each region, information from staff visits to schools through the years, and the opinions of college counselors and advisors whose perspectives the company solicits.

“We also consider what students enrolled at the schools report to us on our student survey about their campus experiences,” he said.

Headquartered in New York City, the Princeton Review is not affiliated with Princeton University.