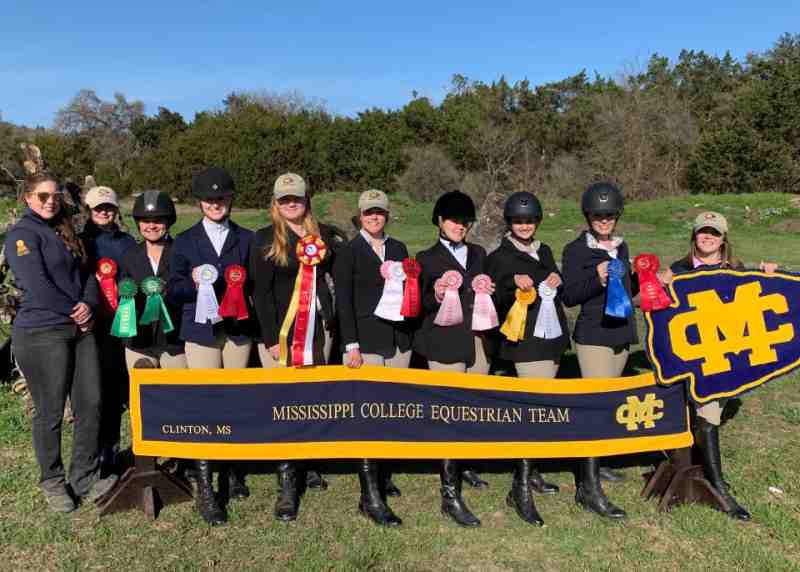 Some of the South’s best horse riders are talented members of Mississippi College’s equestrian team.

Horse lovers will get to see MC riders in action at Providence Hill Farm, the team’s headquarters. The Spring 2019 Equestrian Show is set for April 13-14 at the 2,000-acre farm off 2600 Carsley Road.

“The Spring benefit is a horse show the team organizes and hosts for stables in Mississippi,” said Coach Claudia Billups.

“The team is excited for people to come out and get a small taste of what they do on the equestrian team,” Billups said.

The annual event caters to people of all ages. The public is invited. It’s a great way to enjoy the Spring at one of the region’s finest equestrian facilities.

Supporters of the benefit for the equestrian team say the two-day event shouldn’t be missed. The farm is located about 20 minutes from the Clinton campus.

The April benefit comes after Mississippi College’s equestrian team fared well in competition, including the regionals at Louisiana State University in Baton Rouge in March.

“The horses we brought down performed really well,” Billups said. “MC’s horse Key West won the best draw over the fences for the weekend.”

An entrepreneurship major, Kimpel says being a rider on the team all four years at MC was a fabulous experience. “I have been truly blessed to be a part of this team for the entirety of my college career,” the Floridian said. “I’m excited for the team’s future.”

Maggie Crigler loved every minute of being on the MC equestrian squad that’s wrapping up its 12thseason. “My teammates, horses and coaches have become part of my family,” Crigler said. “They encourage me not only to be a better rider, but also a better person.”

Kimpel and teammate Mackenzie Beard both qualified for regionals.

For more information on the Spring Benefit, contact MC administrator Jim Turcotte at 601-925-3315 or turcotte@mc.edu. He oversees equestrian and three other outdoors sports at the Christian university.