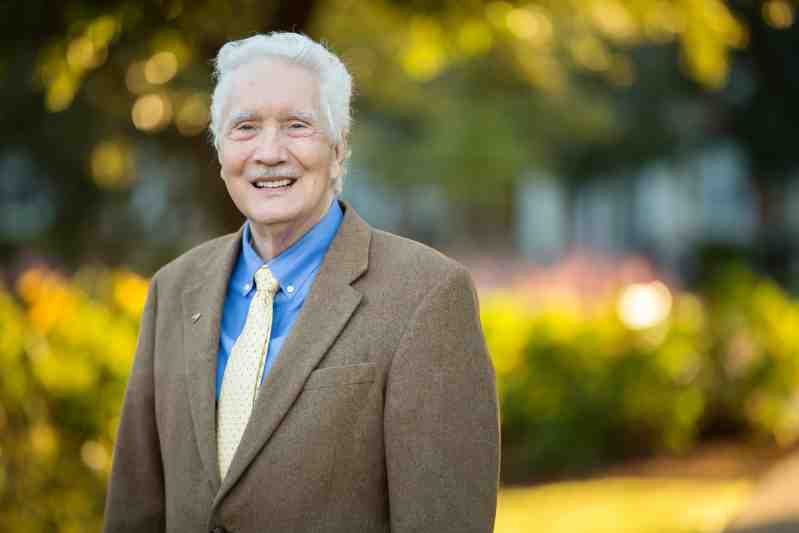 An award winning history professor who served as the Christian university’s first provost last year, Dr. Howard will be honored with MC’s Award of Excellence at the 2019 Homecoming in late October.

The Provost Emeritus, Dr. Howard continues to effectively serve the Baptist-affiliated university as the interim director of the Leland Speed Library.

Howard’s sea of admirers join this Fall’s tribute to the native of the East Tennessee community of Piedmont. He first joined the MC faculty in 1977 and rose up the ranks as History Department chair, and dean of the College of Arts & Sciences. He began his exemplary service as vice president of academic affairs in 2003 until he added the title of provost.

“This continues to be a remarkable career of love and service to Mississippi College,” President Blake Thompson said. “He’s really been a treasure since joining us as a professor in 1977.”

His faithful service to MC constituents since then remains a tremendous blessing to the Blue and Gold family. “I am thankful for his continued commitment to our mission as a Christian university,” Dr. Thompson said.

The Award of Excellence is a wonderful fit for the Provost Emeritus, MC leaders say.

“Dr. Howard has touched the lives of most current alumni during his tenure at Mississippi College,” says administrator Jim Turcotte. “He made a strong impression on me first as a student and later as a peer working together at MC. His kindness and compassion for all those he meets is evident.”

Turcotte is the university’s vice president for enrollment services and executive director of alumni affairs. “I know we all wish to express our gratitude to Dr. Howard for the many selfless years of service to his alma mater.”

The Communication Department chair, Cliff Fortenberry pours on the praise for the former Distinguished Professor of the Year.

“Dr. Howard is a much loved and much respected faculty member, administrator and friend to Mississippi College,” Fortenberry said. “His wit, charm, intellect and kindness has shaped the campus as a whole. His students respected his teaching and devotion to going the extra mile to see that they learned and grew both intellectually and personally.”

Student Government Association President Aaron Feazelle of Diamondhead has enjoyed the occasions he’s worked with Dr. Howard. “He has been nothing less of a genuine and extremely helpful man. I believe the award is well deserved.”

Being a key part of the MC experience for 43 years, Howard said, “is much more than a job; like many others who serve this venerable institution, it is my calling.” It’s a career invested in Christian higher education that he’s found to be “immensely fulfilling.”

Howard and his wife, Kathy, are longtime Baptists. The Howards are the parents of two sons, John Michael Howard, who works at Vertex Aerospace in Madison County, and Stephen Howard, who is employed at an engineering firm in North Carolina.

Dr. Howard received his master’s and doctorate in history at the University of Tennessee. His capstone courses in MC’s pre-law program were always rigorous, but got students well-prepared for law school and graduate studies. One of his former MC graduate students is Gov. Phil Bryant.

Tickets to the MC Alumni Association’s awards dinner are $25. For more information on 2019 Homecoming events, contact Chad Phillips at cphillip@mc.edu or 601-925-3317.