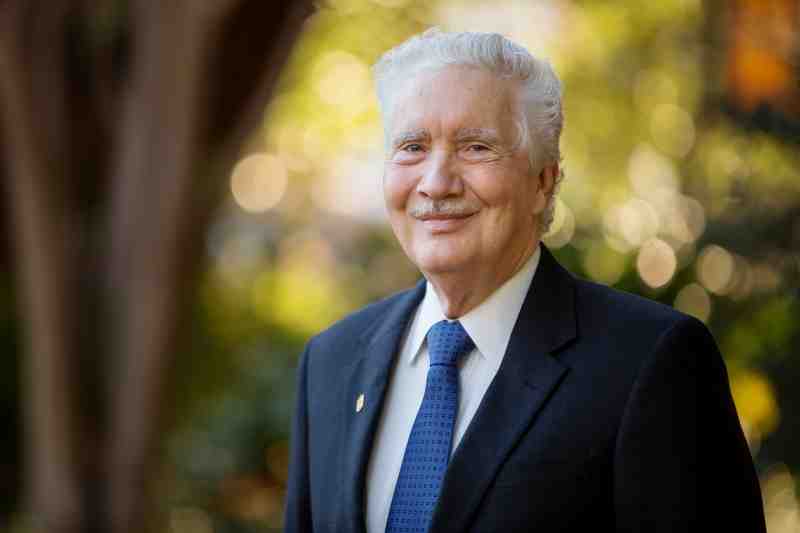 Ron Howard has served Mississippi College well as a distinguished history professor and administrator for more than four decades.

Dr. Howard assumes a new title as the Christian university’s first provost to honor his exemplary service as vice president for academic affairs since 2003. He has served in various roles at America’s second oldest Baptist college, starting as a professor in 1977.

Mississippi College leaders announced the administrative change on November 8. Provost ranks as the No. 2 position at the Baptist-affiliated university that began its 193rd academic year in August.

Arriving at Mississippi College in the late 1970s, Dr. Howard rose up the career ladder as a history professor to become chair of the department, and then dean of the College of Arts & Sciences.

“He’s done a wonderful job as Vice President of Academic Affairs since 2003. But he’s really been an MC treasure since joining us as a professor in 1977. This continues to be a remarkable career of love and service to Mississippi College,” President Blake Thompson said.

At the conclusion of the academic year, Dr. Howard will return to teaching in the Department of History and Political Science housed in historic Jennings Hall. He will also hold the title of Provost Emeritus.

MC leaders will soon begin a national search for a provost to succeed Dr. Howard in 2019. Input will come from faculty and other members of the university community.

“We thank Dr. Howard for his faithful service during his 42 years here.  He has been a cornerstone of this institution and I am thankful for his continued commitment to our mission as a Christian university,” Dr. Thompson said.

“Since my first day as MC President on July 1, I’ve tapped into his deep wisdom regarding the Blue & Gold family,” Thompson added. “We are honored Dr. Howard will continue to serve Mississippi College. He simply loves teaching, and that will enrich our students.”

As MC’s chief academic officer, Dr. Howard serves on the President’s Council, working with other key university administrators. He oversees numerous academic programs – from the Graduate School to the Office of Global Education.

Although a full-time administrator, Howard continued to teach on the Clinton campus for decades. A former Distinguished Professor of the Year, he believes it’s vital for MC administrators to stay connected to students in the classroom.

His capstone courses in MC’s pre-law program were rigorous, but they thoroughly prepared students for law school and graduate studies. In addition, Dr. Howard authored two books on Colonial America and the American Revolution along with 50 scholarly articles and reviews. Considered a Renaissance man with broad interests, Howard is an expert on topics ranging from American politics to Chinese-diplomatic relations.

Ron and his wife, Kathy, are Clinton residents. They are longtime Baptists.

The Howards are the parents of two sons. John Michael Howard is an MC graduate with a degree in accounting and now works at Vertex Aerospace in Madison County. Stephen Howard took classes at Mississippi College before transferring. He earned his Ph.D. in mechanical engineering at the University of North Carolina-Charlotte. Stephen presently works at US Connec, an engineering firm in Hickory, North Carolina. The Howards also have a grandson, Nicholas Michael Howard, who turns three months this week.

“I am grateful to President Thompson – whose enormous energy is matched by his many and unique talents – and to the MC students, faculty, staff and alumni I have worked with and learned from over the years,” Howard said. “These wonderful folks are the very heart and soul of the community of faith and learning that is Mississippi College.”

“Being a part of the MC experience is much more than a job; like many others who serve this venerable institution, it is my calling,” he says, “one that I have found immensely fulfilling.”

Howard’s meaningful academic career is not over yet. While leaving full-time administration, he will still be on hand to teach, serve as Provost Emeritus in various ways, and hopefully finish that book on China he has been working on for many years.