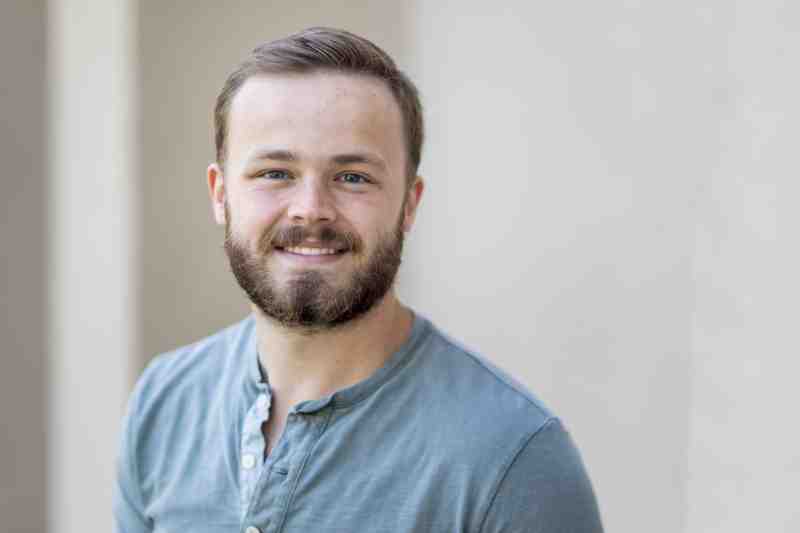 Hughes eagerly looks forward to serving in 2021-22 as America gets on the other side of the COVID-19 pandemic. Many students on the Clinton campus, he said, “have not had the opportunity to see what a true year at MC is like. I am lucky in that I have been fortunate enough to see a full year uninterrupted by COVID.”

In-person graduations at Mississippi College return in early May after going virtual during the pandemic. Other major activities such as MC Choctaws football games, the 2021 Homecoming, December’s Festival of Lights, and other major events will be back on track, too.

“I am so excited to see what the next year holds and cannot wait to begin,” Hughes said.

The Louisiana native is part of a rich legacy of MC Choctaws in the family from the Bayou State. His parents are MC grads who married in Provine Chapel. His sister, Mary Beth Hughes, is a member of the Christian university’s Hall of Fame. A former Choctaws football sideline reporter, Mary Beth, works for FOX News in Washington, D.C.

Faith is a big part of Sam’s life – he’s a member of Pinelake Church in Clinton. In Alumni Hall, he accepted Christ as a 12-year-old Centri-Kid camper. Nine years later, Sam is poised to address the needs of students as the SGA leader.

“I want my fellow students to look at me not as the new SGA president but as a person they can come to, who will listen and do everything in his power to assist as best he can.”

Law school could be in his future. “I really would love to follow in Dad’s footsteps.”

Washington believes Sam Hughes will do an excellent job during the upcoming academic year. “Sam will do the job well. I am extremely proud of him for the hard work he has put in thus far. Sam has been an outstanding Chief of Staff.”

As Michael wraps up his one-year term, his focus is unchanged. He’s all about improving the Clinton campus in any way possible for students.

Finishing his second year as vice president is Damon Wright, 23, of Hoover, Alabama. The Choctaws linebacker was elated to see the elections return to a traditional approach after going virtual last year. “We were essentially back to the old way of doing an election.”

Like they did a year ago, candidates posted campaign speeches on social media. A Derby Day in March allowed candidates to reach members of Mississippi College clubs and tribes. An in-person debate for candidates sparked interest in the 2021 SGA elections.