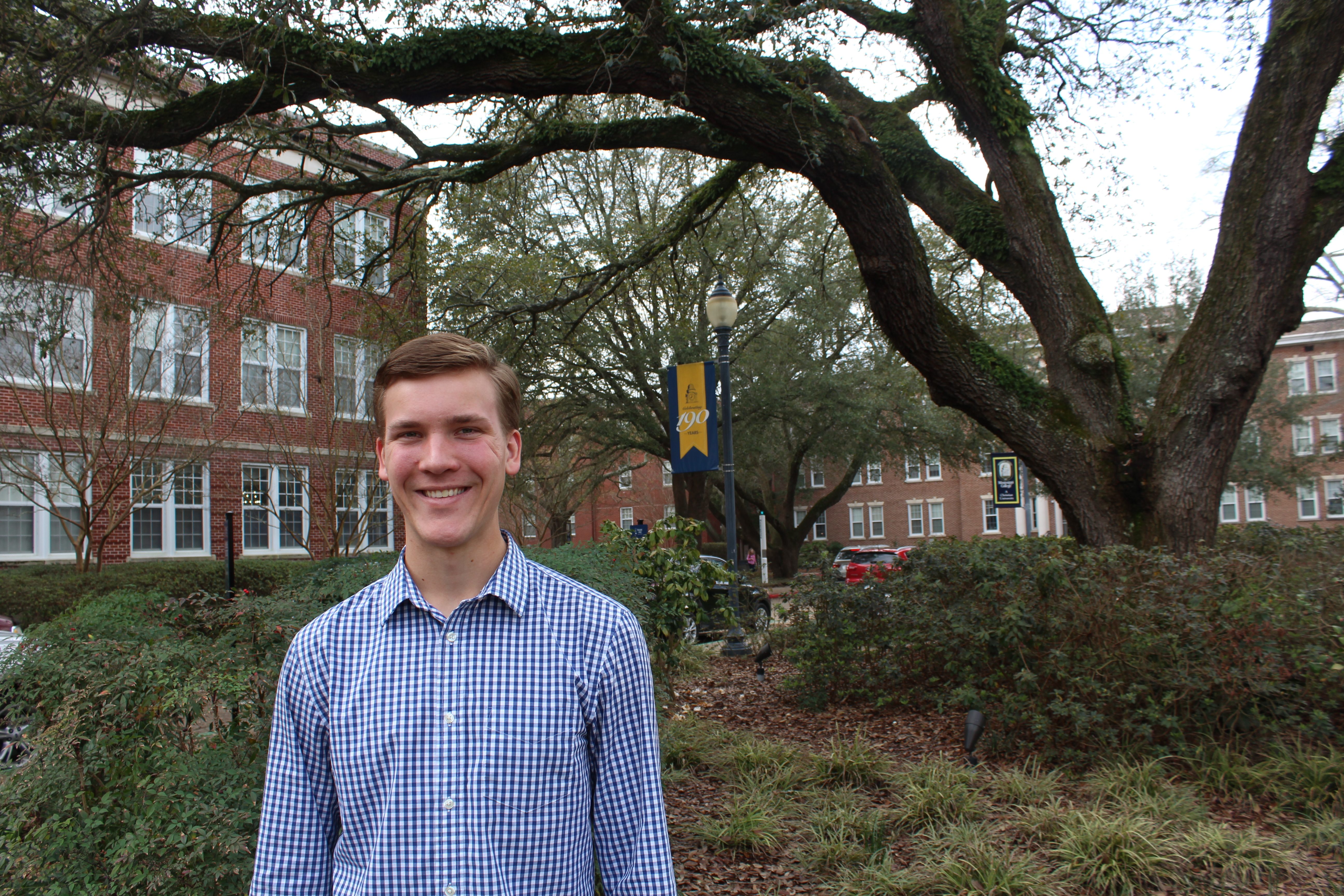 A future pastor, Scott Dunaway is the latest recipient of the Byrd Memorial Preaching Award at Mississippi College.

The 21-year-old MC senior from Ocean Springs will not only receive a prestigious award at the Baptist-affiliated university. Scott will get the opportunity to preach his message to hundreds of fellow students at an upcoming chapel program.

Dunaway will speak at the March 20 chapel at First Baptist Church Clinton. The program begins at 10:50 a.m. that Tuesday morning.

The Byrd Preaching Award goes to an MC undergraduate on the Clinton campus preparing to go into a Christian ministry. It includes a certificate and $500 cash award.

“Scott Dunaway has distinguished himself in every way a Christian gentleman can,” VanHorn said. “He is a budding scholar in Christian Studies, has mastered the biblical languages and served as a department tutor.”

The Byrd Memorial Preaching Award just adds to the honors that have come his way.

“We will miss Scott when he graduates in May,” says VanHorn, a longtime Baptist preacher.

Page pours on the praise of the “A” student. “Whether inside or outside the classroom, Scott embraces the standard of excellence.”

Scott is a member of First Baptist Church Biloxi. He was called into the ministry at age 13.

Speaking at MC chapel, and taking part in graduation day ceremonies in May are just two of the major events happening in his life. On June 30, Scott Dunaway will marry Stephanie Proctor, a fourth-grade teacher at Ocean Springs Upper Elementary School on the Gulf Coast.

A Christian Studies major and physics minor, Scott plans to enroll in seminary following graduation. “I would like to fulfill my call to ministry by working as a pastor of a church.”

The Byrd Preaching Award was established years ago by the three sons of the late David Q. and Maude May Byrd. The family’s close ties to Mississippi College date back generations.

Dunaway says he will take time during Spring break to prepare his address at the pulpit to his MC audience. At chapel, he will preach from 1 Samuel 12 on the topic of transitions.