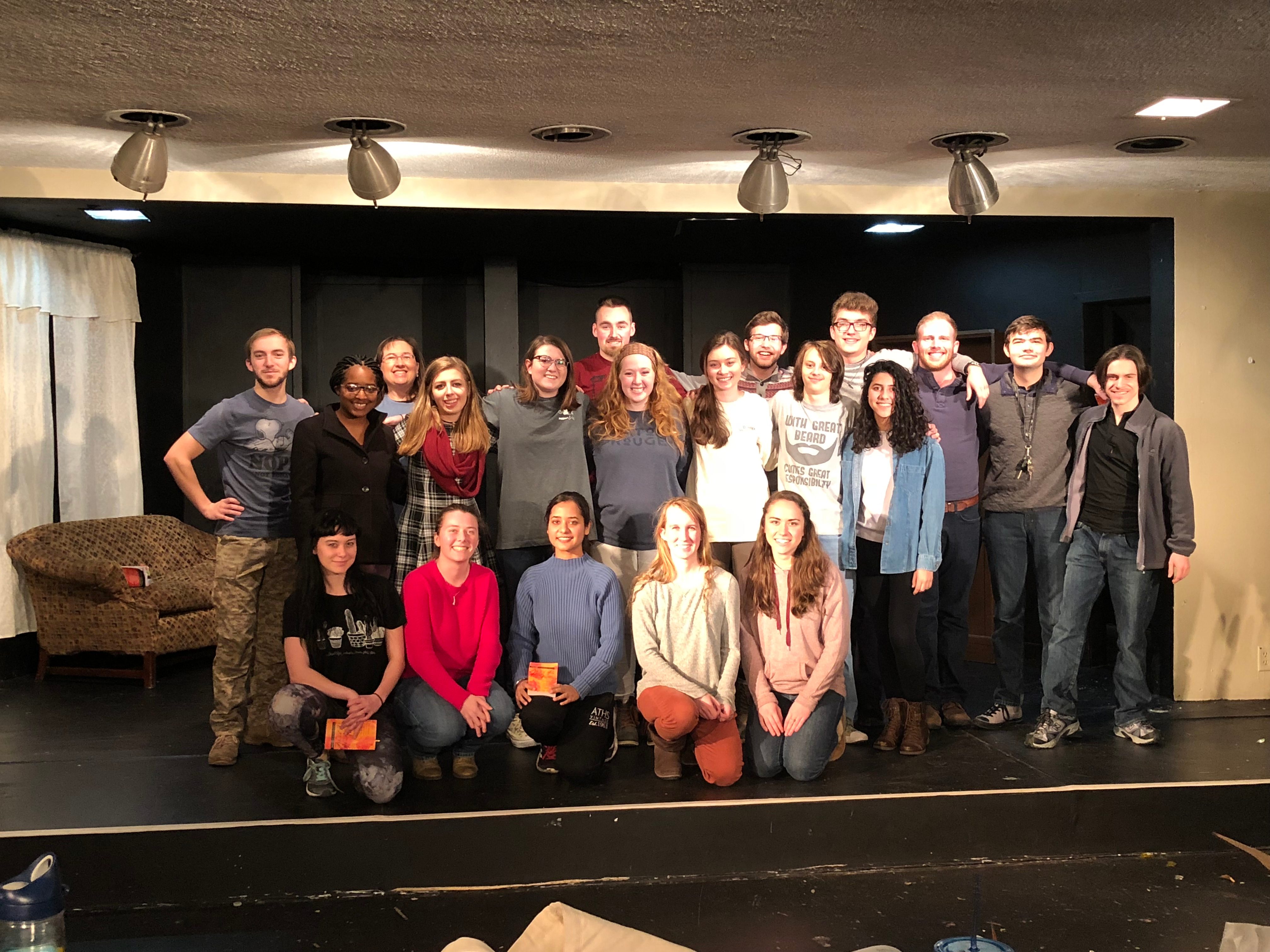 Mississippi College student cast of "Much Ado About Nothing'' is set for their first performance February 22.

Fans of William Shakespeare’s comedy “Much Ado About Nothing” will have something to laugh about at Mississippi College.

Set for performances February 22-25 at Swor Auditorium, the show is part of the 40th annual MC Shakespeare Festival. The production on the Clinton campus is open to the public.

The late MC English Department Chairman George Pittman, and his wife, Alecia, created the festival at their alma mater in 1977. George Pittman graduated from MC in 1959 and Alecia, who now lives in Aledo, Texas, is a 1960 MC alumna.

Communication professor Phyllis Seawright, the show’s director, raves about the student cast Shakespeare penned the play in 1598-1599. His comedic production speaks to misunderstandings, love and deception centuries ago. The romantic comedy answers questions revolving around fidelity, friendship and folly.

“Nothing to say but words of praise for this cast,” Seawright said. “From learning their lines over the Christmas break to rehearsing each scene at least twice for double cast members, this cast has never wavered in their energy and commitment.”

Lord Chamberlain’s Men, a theatrical company in England, first performed the show in 1612. Shakespeare had a business interest in the company.

Crafted into a film in 1993, the play tells the story of Don Pedro, the prince of Aragon, who pays a visit to Leonata, the governor of Messina. During the visit of a few days, characters Beatrice and Benedick bicker, while the soldier Claudio falls in love with Leonato’s daughter, Hero. The young lovers, Claudio and Hero, are soon to wed.

The MC student actors enjoy the theatrical experience, but they are learning things as well on stage.

“Every day, we discover something new about this play,” Seawright said. “It is one of Shakespeare’s best comedies.”

Students in the production include Madeline Osigian of Coppell, Texas, Emmie Fuson of Denham Springs, Louisiana, Harman Kaur of Clinton, and Kat Tate of Dallas, Texas.

The first show begins 10 a.m. on February 22. There is also a 7 p.m. performance that Thursday evening.

Tickets are $7 for students and $10 for adults. The price is $4 per ticket for groups of 20 or more patrons.