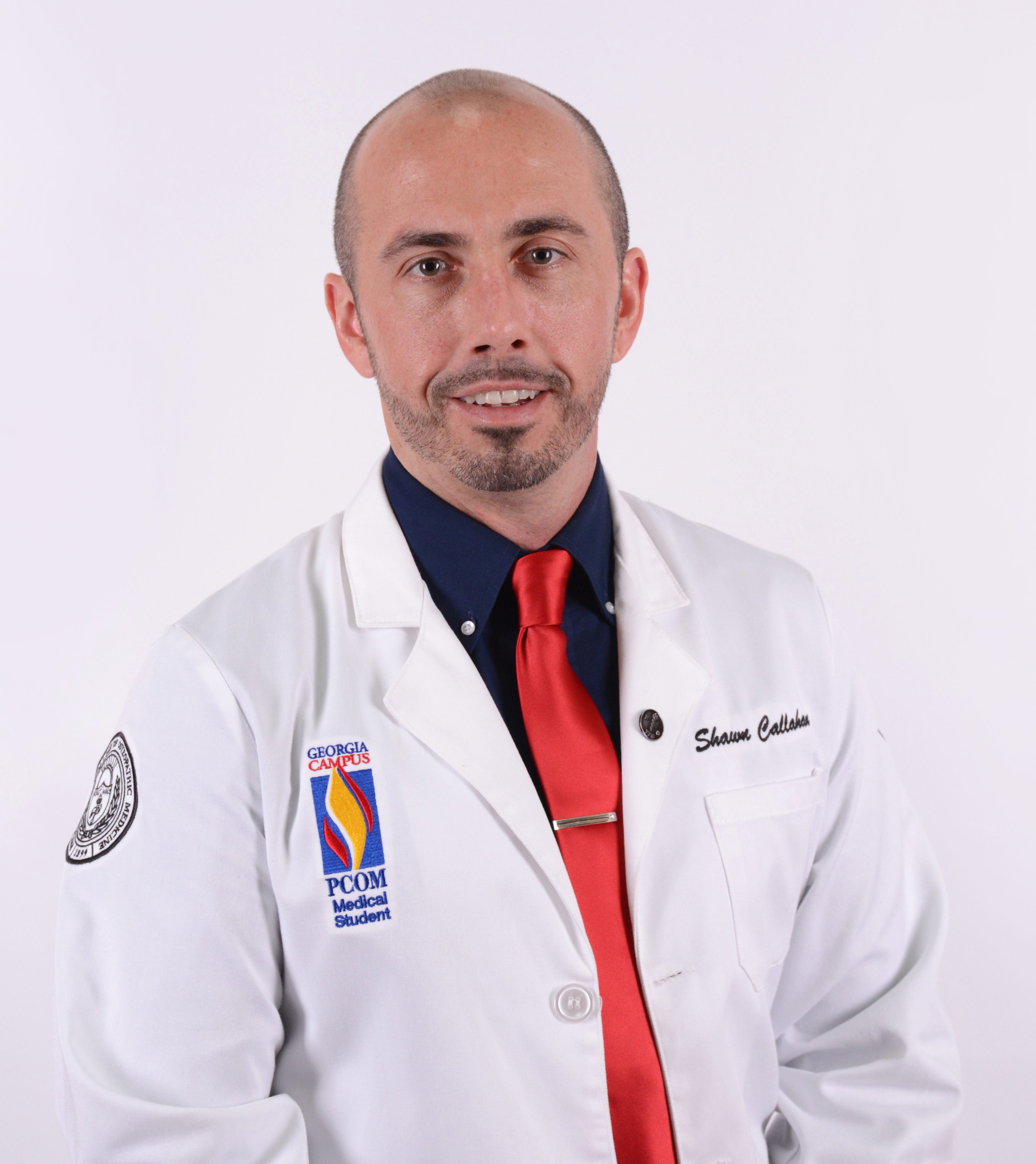 “I wish to guide my students academically by instilling a sense of curiosity and a desire to think academically,” Dr. Callahan says. Assisting students in many facets of their lives outside the classroom is another goal during the upcoming academic year.

A Baltimore, Maryland native, Callahan remains familiar with all things Blue & Gold. Shawn earned his master’s in medical sciences at the 5,200-student university in 2013.

The successful program at MC attracts more than 200 graduate students from institutions across the USA and Canada. It prepares them for medical and dental schools nationwide along with other career paths.

“It thoroughly prepared me for the rigors of the medical school curriculum,” Callahan said. “It allowed me to discover my passion for higher education.” At MC, Shawn served as an adjunct instructor after his graduation on the Clinton campus.

In May 2018, Callahan earned another degree from the Georgia Campus of the Philadelphia College of Osteopathic Medicine in Suwanee near Atlanta. He attended its medical school for four years. The medical college is based in Pennsylvania. While away in Georgia, he reflected on fond memories of life in the Magnolia State.

“Not only have I missed my MC family, but also the sense of community that the campus and city of Clinton provide,” Callahan said. “The students, faculty and staff all take part in creating a welcoming, friendly and fun campus experience that makes MC unique.”

A 2009 graduate of Towson University in Maryland, Dr. Callahan will move to Clinton in late July.

Away from classroom teaching duties, the MC educator enjoys several hobbies – from playing pickleball and basketball to hiking trips. He’s often volunteering for good community causes. His food tastes range from coffee to chocolate and eating fried chicken on Wednesdays in the university cafeteria.

Teaching has its rewards for the 36-year-old Callahan. The profession opens doors for him to “form cooperative, fun and genuine relationships with students.”

Kate Estess is the other new assistant professor who will soon join the Mississippi College Biology Department.

Dr. Estess worked at the Christian university in Clinton from 2008 through 2012 after receiving her degree at the University of Mississippi Medical School in Jackson. The Jackson native spent a little more than five years raising her three children before joining the MC faculty in August. Dr. Estess is a graduate of Jackson Prep in Flowood and Ole Miss in Oxford before attending medical school.