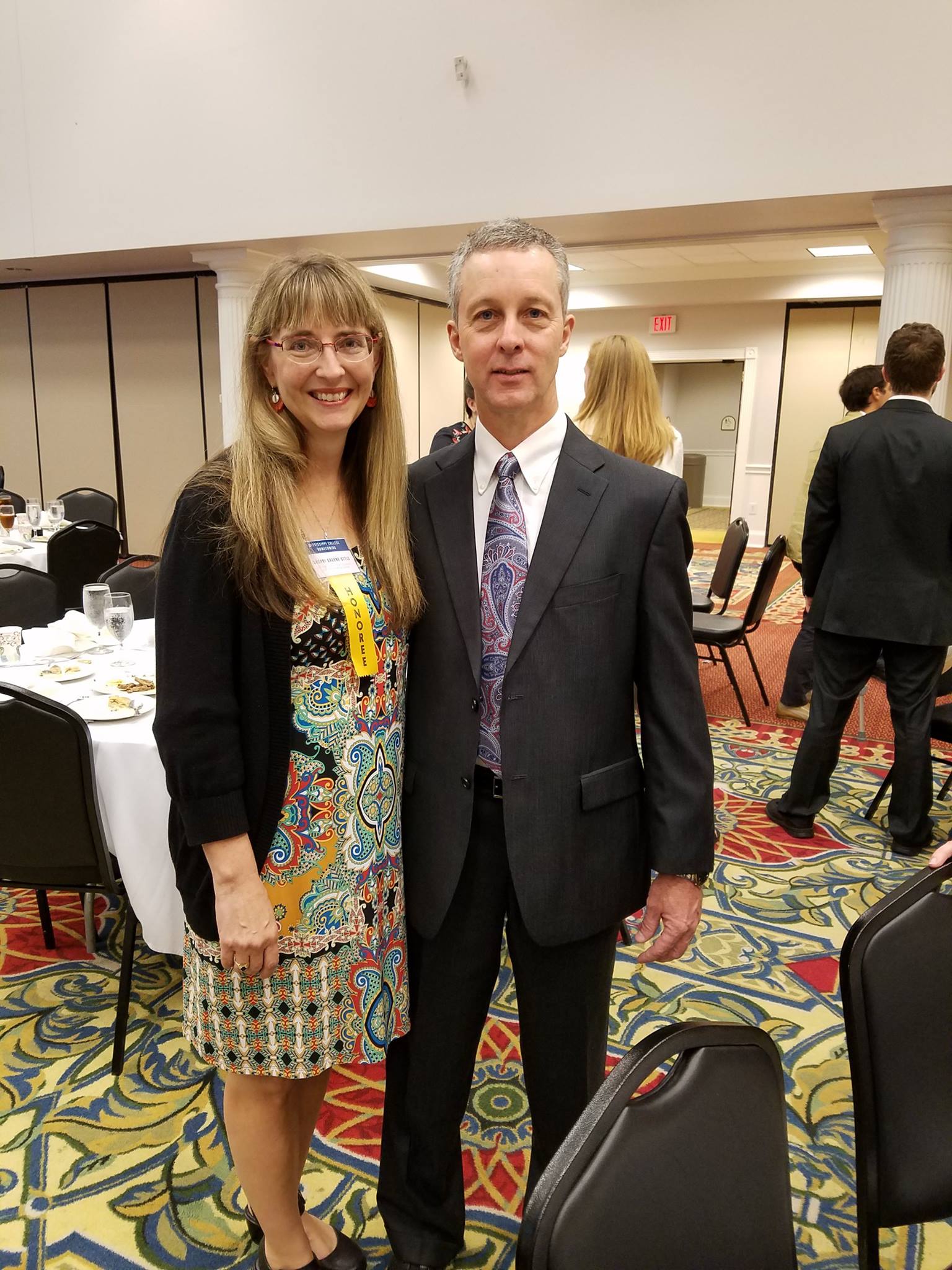 Sherri Ottis, a Clinton High history teacher, and her husband, Steve, are pictured at the MC Homecoming Awards Dinner.

It’s perhaps the most fulfilling part of her role as an award-winning Clinton High history teacher.

A stellar educator for nearly two decades, Ottis was recently honored at Mississippi College. MC’s History and Political Science Department recognized her as its distinguished alumna of the year.

She received her bachelor’s in history at Mississippi College in 1997 and earned her master’s in history and political science at the Baptist-affiliated university in 1999.

“MC’s history department taught me so much,” Ottis said. It wasn’t just about studying American and European history. “I learned about what it means to be a good teacher.”

Sherri praised retired Mississippi College history department chair Kirk Ford for his constant encouragement and guidance. But, really, all of her MC professors were wonderful instructors she added. At MC, Sherri was honored with the P.I. Lipsey Award for an Outstanding Senior in European History in May 1997.

Ottis isn’t one to forget about her many Clinton High students. “I love when they keep in touch and allow me to share their lives after they graduated,” the Clintonian said. “They are my kids when they are in the classroom and will always be my kids.”

The MC graduate served as a former adjunct professor at her alma mater and at Belhaven University in Jackson.

Ottis remains an avid learner of the wider world outside the classroom. She’s a frequent traveler to places thousands of miles from the Magnolia State. Stops over the years include France, Belgium, Japan, Pearl Harbor, Spain and the Seychelles Islands off the east coast of Africa.

Family life is a big priority at her residence in Hinds County. Sherri is married to Steve Ottis, who is retired from the Hinds County IT Department. The Mississippi couple have two married children and five grandchildren.