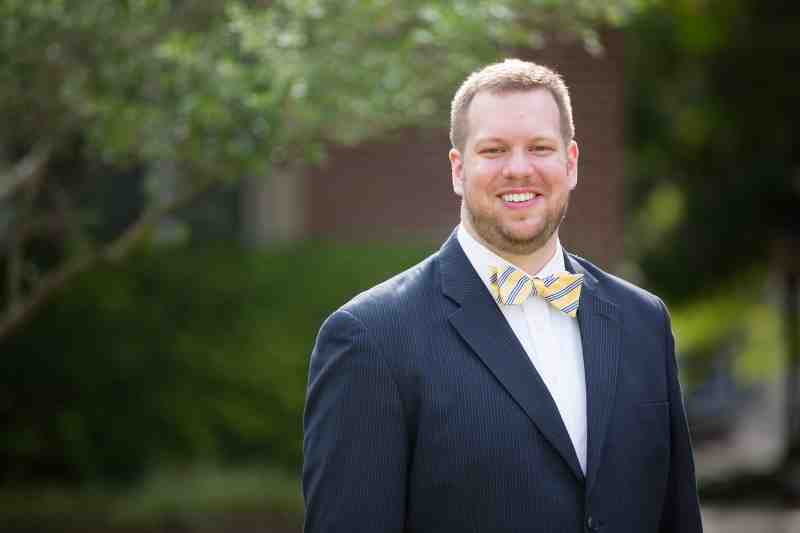 Talented musicians with Mississippi College’s Worship Collective glorify God with their music heard around the world.

Expanding their fan base since their birth in 2018, the MC group will release their third album of original music on November 11. The album is titled “Portrait of Grace,” with nine new songs.

Worship Collective member Jared Vardaman, 21, of Morton feels blessed to be part of it.

“Being in Worship Collective has been the highlight of my college experience,” says Vardaman, a communication major.

Joyful moments for the Worship Collective ranged from performing at weekly chapel programs before hundreds of students to appearing at President Blake Thompson’s 2019 inauguration. The recording sessions are always special occasions.

A communication major at the Christian university, the Mississippi College junior is thrilled about the release of the group’s third album. “The songs on this album will touch hearts from every walk of life. They’re more than just songs – they’re testimonies.”

On the album, Jared Vardaman joins paralegal studies major Madeleine Lawrence to sing “Love (This is Why).” Will Bishop and his 6-year-old daughter, Caroline, wrote it. Caroline, like her Dad, loves to make up songs.

Will Bishop, the Worship Collective’s director from the very beginning, is excited about the release of the latest album. Other songs on “Portrait of Grace,” include “Washed,” a new twist to an old hymn “Are You Washed in the Blood.” Christian Studies major Jake Hall penned the new music and sings.

Another song on the album is “Glory to His Name,” a new take on the old hymn “Down at the Cross,” with new music by Will Bishop, Jake Hall, Dianna Torres, Evan Bergeron and Connor Thompson. This song made its debut at an Inauguration Week program at Provine Chapel. Christian Studies major Connor Thompson does the singing.

A Memphis native, Bishop is proud of the Worship Collective’s first two albums that were streamed more than 25,000 times in countries spanning the globe. The first two albums are available on music streaming platforms such as Spotify, Itunes, Apple Music and Amazon Music.

Bishop is delighted to see the music ensemble spread its message to students, alumni, churches and other listeners around the world. “We hope that these songs will bless and encourage those who hear them.”

A professor of worship leadership, Will Bishop can supply more information about Worship Collective by contacting him at wrbishop@mc.edu or 601-925-3445.