MC Alert: MC operations on the Clinton campus and at MC Law in Jackson will close at 3:30 p.m. on Tuesday, Nov. 29, in anticipation of severe weather. All classes at both the main campus and the law school beginning after 3:30 p.m. are canceled. Please monitor local conditions and stay weather aware.
Posted Thursday, January 11, 2018 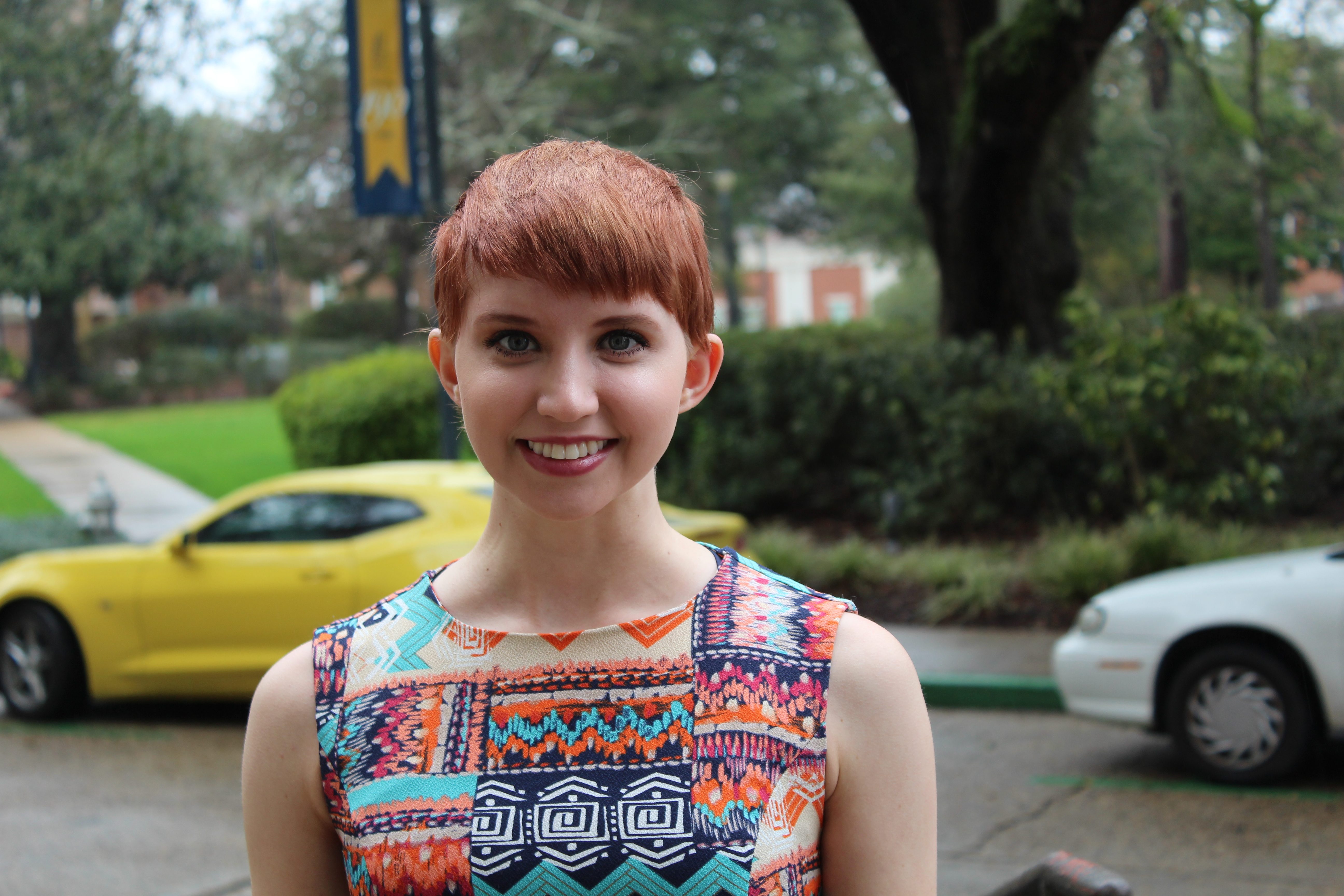 Mississippi College student Sarah Blackwell of Clinton is part of the cast of the MC show in early February. Her dream is to perform on Broadway someday.

American musical composer Jason Robert Brown penned “Songs for a New World” that made its debut at an off-Broadway stage.

The New Yorker’s hit show at the WPA Theatre in 1995 is coming to Mississippi College for performances February 1-3. And the public is invited to join the university family at this MC Music Theatre production.

Featuring 16 songs with titles like “Surabaya Santa” and “I’m Not Afraid of Anything,” the production on the Clinton campus features contemporary music theatre at its best. It is booked for the Jean Pittman Williams Recital Hall.

“The song cycle is a series of individual stories tied together by a common theme,” says director Mandy Spivak-Perna. “Twenty cast members along with an on-stage band will bring this to life on stage.”

The MC students are busy with rehearsals, including one this Sunday afternoon with the entire cast.

Sallie Kaye Streeter, an MC music education voice major, is delighted to be part of the production.

The Madison resident has been busy lately. Sallie recently returned to school from an MC Singers European concert tour in Vienna, Budapest and Prague during the Christmas holidays.

The MC junior is part of the quartet singing “The River Won’t Flow,” and it’s been fun.

“It’s a very sassy, comedic song. It tells the story of Mrs. Claus and how she fell in love with Santa. But then she realized that being Santa’s wife isn’t all it’s cracked up to be,” Streeter said. “With all of Santa’s duties, she feels imprisoned at the North Pole.”

A 2015 Madison-Ridgeland Academy graduate, Streeter was a member of its Patriot Choir.

Audiences should relish the Mississippi College show because it connects songs that seem to bear little similarities. “They are all woven together by the central theme of when everything is going right in life, then suddenly disaster strikes,” Sallie said. “The show is all about figuring out what path to take.”

Other show tunes come with interesting titles like “She Cries” and “King of the World,” cover the gamut of emotions.

A member of the Choctaw Chorus and music education major, Sarah Blackwell, 21, is thrilled to be part of the production. The 2014 Ridgeland High graduate has a small solo in the first number.

One of her songs, “Just One Step” deals with a character threatening to leap off the ledge of a building. No need to spoil how it ends up. “The song has been a challenge, yet a pleasure to learn,” Blackwell said.

Other MC students in the cast include: Ashlynn Grissom of Madison, James Gibson of Meridian, Leah Oswalt of Clinton, along with Madison Pillow and Anna Stewart, both of Memphis. Faith Schumacher of Essex Junction, Vermont, Hoseah Griffith of Jackson, Mark Soileau of Mandeville, Louisiana and Karl Dolenz of Kansas are among other performers.

Tickets can be purchased online at mc.edu/marketplace or at the door at the Jean Pittman Williams Recital Hall in the Aven Fine Arts Building. For more information, contact Dottie Serio of the MC Music Department at 601-925-3440 or serio@mc.edu