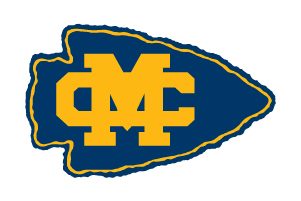 MC Sports Hall of Fame banquet tickets may be purchased online at alumni.mc.edu/shof2018

Mississippi College leaders will induct eight new members into the MC Sports Hall of Fame at a banquet April 7.

MC officials will also honor outstanding senior student-athletes and give out other awards that Saturday evening in Anderson Hall. The event begins at 6 p.m.

Tickets cost $30 for the dinner and remain on sale at the Alumni Office or online through April 2. Former Mississippi Insurance Commissioner George Dale, an MC alumnus and longtime supporter of the Blue & Gold, will again serve as the event’s emcee on the Clinton campus.

The Sports Hall of Fame inductees include:

MC National M Club members selected the men and women to join the 2018 Sports Hall of Fame. All of the inductees were standouts on MC sports teams over the years.

Community members, former teammates, friends, family and other supporters of the Baptist-affiliated university are invited to the annual dinner.

MC sports fans are also welcome to the annual Spring football scrimmage on Friday evening April 6 at Robinson-Hale Stadium. The event is free and open to the public.

The event offers a nice sneak preview of the 2018 football season. Coach John Bland’s squad will open the season at home against the Clark Atlanta Panthers on August 30. The game kicks off at 7 p.m.

Next up on the football schedule, Mississippi College will host the Southwest Baptist Bearcats of Missouri on September 8 at 7 p.m.

MC Sports Hall of Fame banquet tickets may be purchased online at alumni.mc.edu/shof2018 or by calling Lori Bobo at the Alumni Office at 601-925-3252.