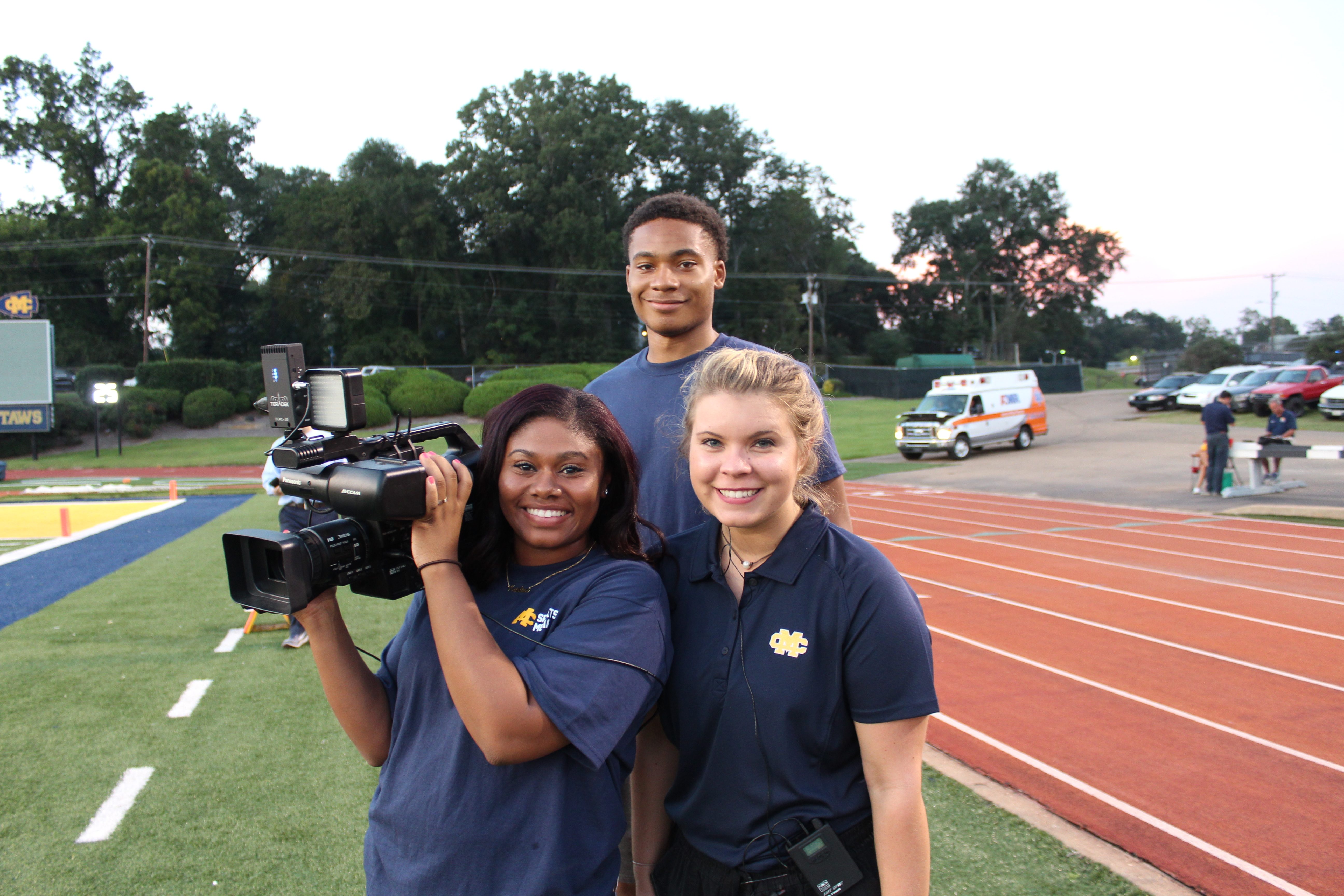 Kristian Brent dreams of joining the SEC Network or any division of ESPN following her graduation at Mississippi College.

As a key player on MC’s sports media team, the Jackson resident is building her communications skills while covering Choctaws football games. Working the sidelines during four home football games this Fall, she gets pumped from one Saturday to the next.

“I love working with the MC sports media team because it’s very hands on,” Kristian says. “We’re taught how to do everything from setting the equipment up, graphics, plus producing and being on camera,” adds the 20-year-old Mississippian. “It’s an experience you can’t find just anywhere.”

A journalism major, Kristian is busy brushing up on the Delta State roster and getting more familiar with the MC players suiting up.

Camera in hand, the Jackson Academy graduate will be ready hours before Saturday’s kickoff on the Clinton campus. So will other members of the Choctaws sports media team.

“For the upcoming DSU game, we went back and dissected the footage we produced from Florida Tech,” Brent said. “We discussed where we did good and where we need to improve.”

Sports media team members like Donovan Ham, a business administration major from Atlanta, Georgia and Madison Brown, a sports media major from Petal, were part of the post-game talks. MC Communication Department leaders applaud the product that Choctaws fans are watching via computers or their cell phones.

Ham, 20, is excited to be part of the MC sports media squad. He hopes to land a job in the industry with the NBA or NFL. “I always loved watching sports on ESPN and wanted to work behind the scenes at games.”

“Our Sports Media Team is an integral part of our production at each of our home sporting events,” Nichols says.

Communication professor Reid Vance, who serves as the voice of the Choctaws at football, basketball and baseball games, provides guidance to the students year-round. Vance is the most visible person in the Communication Department team that meshes so well with the Athletic Department.

“Reid does a great job of preparing them (students) for future endeavors in the field of communications,” Nichols said. “We have a great group that works hard for us.”

Nichols cannot be everywhere. The Mississippi College graduate relies on the energetic student team to get the word out to fans about action on the playing field, rain or shine. “They make our jobs much easier, and I look forward to working with them each and every week.”

In late September, the Christian university’s sports media team will cover the results of other MC-Delta State competition. Mississippi College and Delta State students are squaring off in the annual Mississippi Blood Services drive. Students at both Gulf South Conference schools will be saluted as big winners since they’re helping save lives.