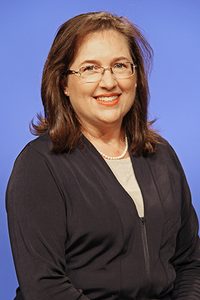 “The Carpenter” is the title of the thought-provoking short play with a powerful message about the real meaning of Easter.

“I just hope people are reminded of that,” says Mississippi College student Caleb Dickerson of Southaven, one of the stars of the production on the Clinton campus.

Written by communication professor Tim Nicholas, the play premieres as the opening act of this year’s Spring Scenes on April 11 and April 14. The Mississippi College show is told from the viewpoint of ordinary Americans impacted by events as Good Friday nears. Performances are 7 p.m. both evenings at the Aven Little Theater.

“It’s not what you expect,” says Dickerson, who plays the role of Pappa. “But it’s what people at the time really would have said and thought.”

Caleb, 23, is a mass media major at Mississippi College. He’s a 2012 graduate of DeSoto Central High School in Southaven.

At the Department of Communication production directed by professor Phyllis W. Seawright, audiences will be entertained and enlightened.

With his script, Nicholas makes sure theater audiences connect with important Easter themes.

“Tim is such a good writer,” Seawright said. “He’s caught these characters at a crisis point. He’s told us everything we need to know. Yet, he leaves us wanting to know what else will happen to them after the play is over. That’s what a play ought to do.”

Making her MC stage debut, chemistry major Summer Nash of Brandon joins the cast as Pappa’s daughter, Lois. Emotions will run high on stage as her role plays out. Lois seeks to obey her father, while recovering from the recent death of her mother.

Other students in the production include MC graphic design/mass media major David Kjellin of Memphis, Tennessee.

There’s more in store for Spring Scenes audiences. After “The Carpenter” concludes, people should keep their seats. They can sit back and enjoy Alice Gerstenberg’s “Fourteen.”

The short play was first performed as a social satire at the Arthur Maitland Theatre in San Francisco in 1919. It tells the story of a society hostess, Mrs. Pringle, who throws a dinner party for her daughter, Elaine. It’s the opportunity for Elaine to meet the city’s most eligible bachelor. But even a popular hostess can experience a bad day.

Gerstenberg is considered one of America’s early feminist writers of the 20th Century. Her story speaks to society’s norms and climbing social ladders.

MC students with roles in “Fourteen” include: Brittany Parry of Crestview, Florida, Enriqueta Cavalier of Metairie, Louisiana, and Lydia Myers of Laurel. A talented singer, Lydia is the 2017 Miss MC Scholarship Pageant winner. Serving as student director is Blair Neelley of Terry.

Both plays in Spring Scenes are open to the public. Tickets are $3 at the door. For more information, contact Phyllis Seawright at 601-925-3453 or seawrigh@mc.edu