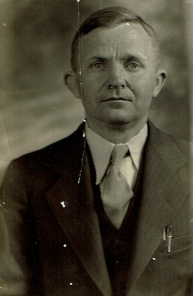 It’s fitting that his many career accomplishments, his love for MC and strong ties to Clinton are remembered with a new sign on the university’s East Campus.

A Scott County native, Lassetter attended Mississippi College from 1907-1910 where he lettered in football, basketball, track, tennis and baseball. Inducted into the MC Sports Hall of Fame in 1977, he shined as an all-star educator off the field. Lassetter served as principal or superintendent of the Clinton public schools, then part of the Hinds County district, from 1923-1945.

The J.M. Lassetter Education Award was established at Mississippi College after he passed away in 1989 three months shy of his 101st birthday.

His links to his alma mater and the Clinton community run deep.

For nearly 22 years, Prof Lassetter and his family lived in a house owned by the Hinds district in Clinton. It sits on property (the former Clinton Junior High) that’s become MC’s East Campus in recent years. The “principal’s house” once was located on the northeast corner of the former Lassetter Street. Closed, probably in the 1930s, it was no longer a street, and eventually disappeared from city maps in Clinton.

“The family is excited and pleased the street will be resurrected, so to speak,” says his son, John M. Lassetter Jr. of Clinton.

He’s inviting friends of the family, MC supporters, former Clinton students and others in Central Mississippi to join the July 25 ceremonies. “It will be a great day of remembering. He was a tireless supporter of public education and Mississippi College.”

Clinton’s Outstanding Citizen of the Year in 1984, Prof Lassetter once was asked to give his tips for long living. It boiled down to three main ingredients. “Exercise properly, rest properly and eat properly.”

Lassetter’s first wife, Annie McLean Lassetter (a 1910 Hillman College graduate) died in 1941. He later married Genevieve Stuart and they raised four children. He continued to work after his retirement from Clinton public schools. One of his favorite jobs was working as a parking lot attendant at the Baptist Bookstore in downtown Jackson. He was in his late 80s at the time.

But teaching remained his lifelong passion. He first taught school and coached in the Philippines after graduating from Mississippi College in 1910.