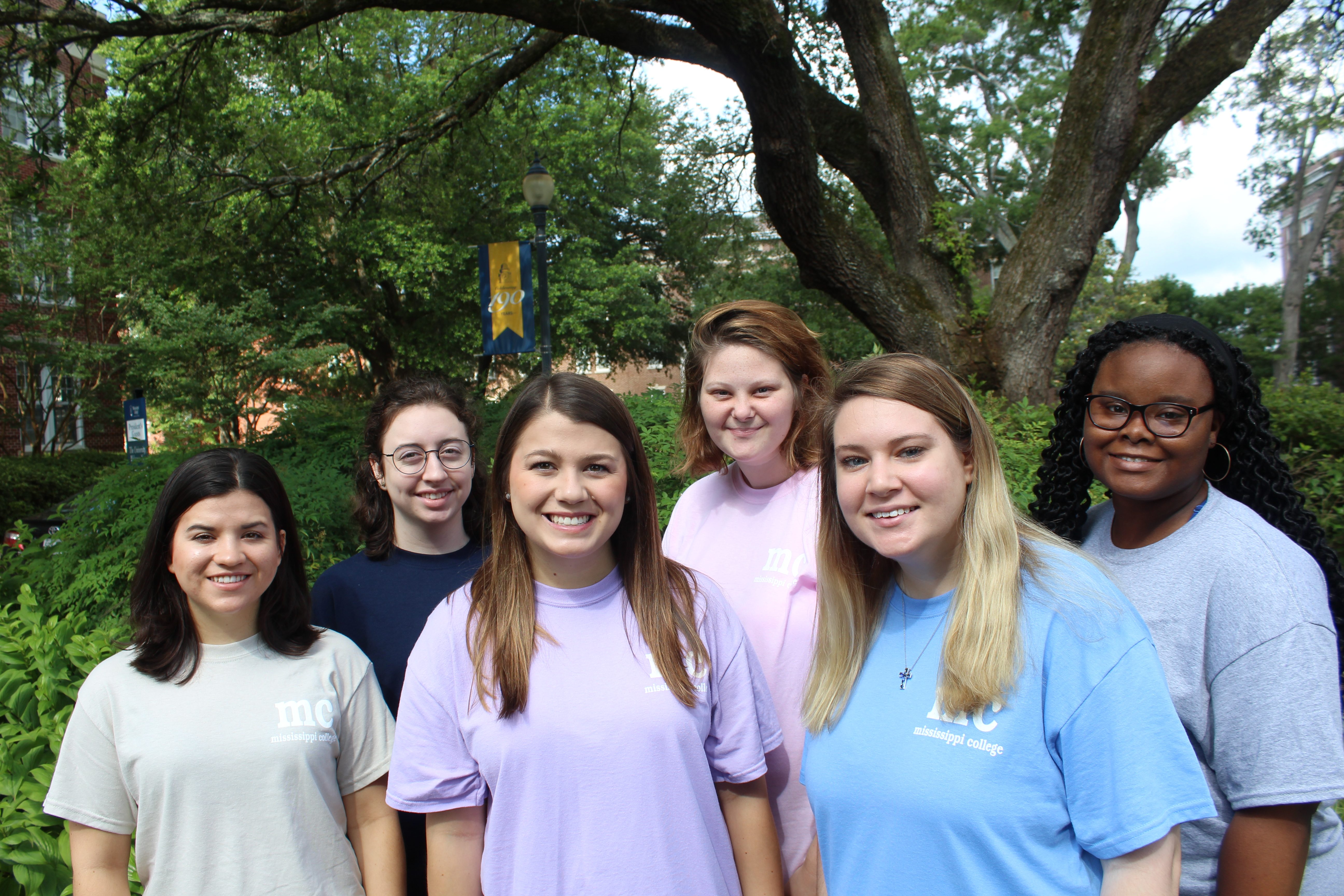 Providing campers with water bottles on hot summer days is just a small part of the job for Mississippi College student workers.

A hardworking team of students tackle a variety of tasks from early June through late July. They love every minute of their experience on the Clinton campus and keep coming back.

“I enjoy doing the behind-the-scenes work at all of the camps,” says MC student Rebeckah Mardis of Lucedale.

Mardis is part of the go-to-squad of student workers putting in long hours on the job. Last year, Rebeckah was spotted working in a Coca-Cola booth giving drinks and ice cream to young kids trying to cool off on a sweltering afternoon in Central Mississippi.

The students work for the MC Office of Continuing Education in Nelson Hall that oversees the successful camps each summer. Serving thousands of young people, the Mississippi College camps help boost their athletic skills, enhance their musical talents and build their faith.

The 2018 season showcases the MC Choctaws football camp on June 4. Coaches from MC, the University of South Alabama and Louisiana Lafayette will combine to offer instruction at the gridiron camp. It will attract high school players from across the state who want to step up their skills. The cost is $80. MC Choctaws head coach John Bland and his staff will offer their assistance at Robinson-Hale Stadium. Last year’s camp attracted about 300 players.

With temperatures to climb into the 90s across the South in early June, MC student camp workers will stay extra busy handing out water.

Mardis along with students like Joelle Youngblood of Meridian, Princess Jones of Canton, Mandelon Case of Olive Branch, Carly Chappell of Gardendale, Alabama, and Brittney Schreiber of Durant will be ready.

They will deliver plenty of bottles of water to a sea of campers. But the students say they also will make sure they quench their thirst, too, amid the heat wave.

On June 1, workers were setting the stage at Swor Auditorium for next week’s worship services. Fuge campers will soon begin arriving on the Clinton campus in church vans and buses.

Several of the Mississippi College camps are led by counselors and staff from Nashville-based Lifeway. Campers travel from churches across the South and other part of the nation.