MC Alert: MC operations on the Clinton campus and at MC Law in Jackson will close at 3:30 p.m. on Tuesday, Nov. 29, in anticipation of severe weather. All classes at both the main campus and the law school beginning after 3:30 p.m. are canceled. Please monitor local conditions and stay weather aware.
Posted Friday, April 21, 2017

Summer Camps Kick Off for Another Season at Mississippi College 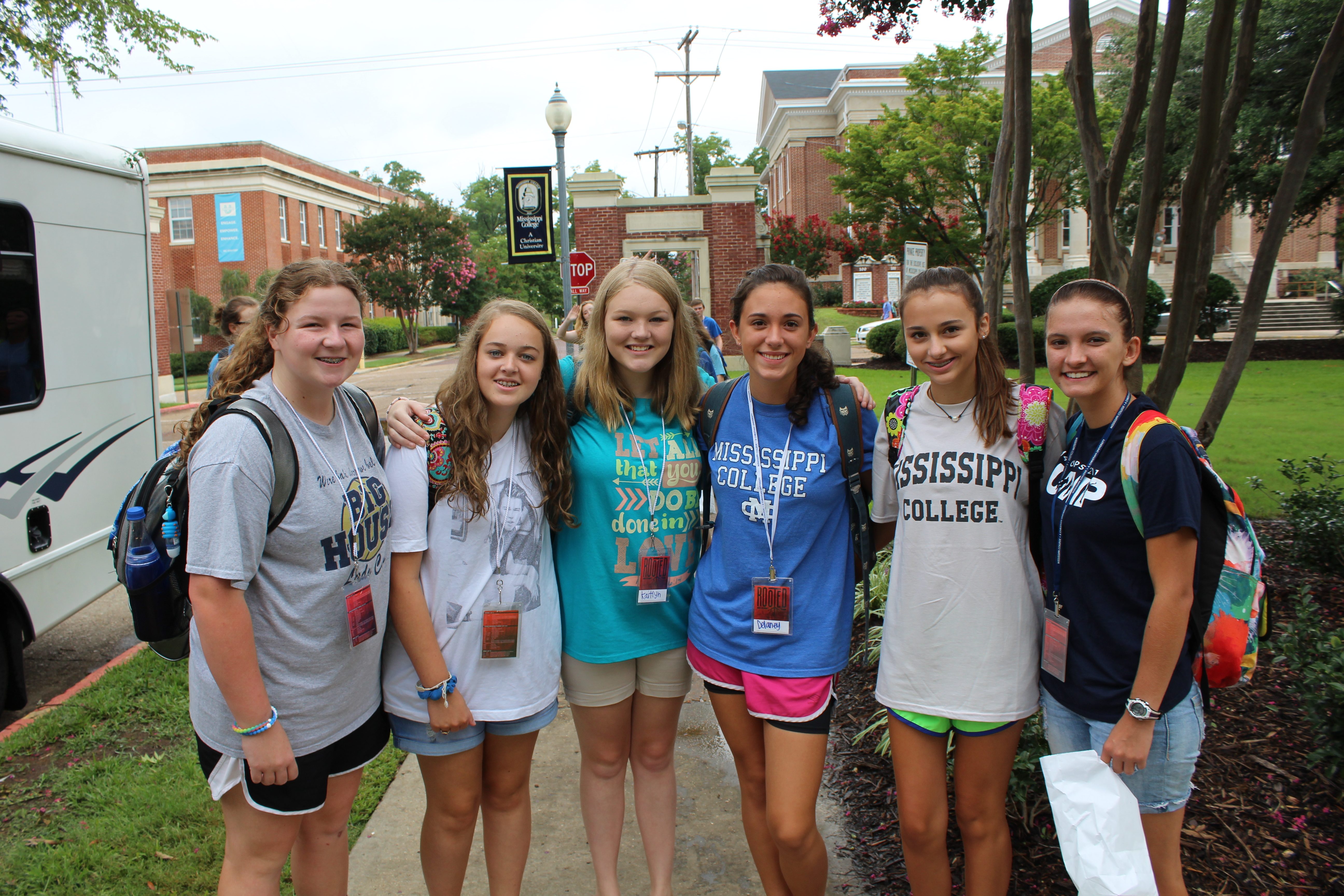 Mississippi College summer campers are pictured on the Clinton campus in 2016.

Nearly 7,000 Mississippi College summer campers will soon travel to Clinton to step up their athletic skills and build their faith.

They’re hitting the road from towns across Mississippi and throughout the South. Coming via buses, vans and cars, kids begin their annual MC visits in a few weeks.

MC Choctaws head coach John Bland and his staff host the 2017 football camp on May 30 to get things started. A Super Hoops shootout May 31, and Lady Choctaws team shootout on June 3 at the A.E. Wood Coliseum are booked next.

Camps for cheerleaders, volleyball players, hoopsters, music students, along with young people from scores of churches happen in June and July. For parents, their investment in an MC summer camp is money well-spent.

“Our MC sports camps are among the finest in the South in terms of their value to student-athletes and the level of competition,’’ says David Nichols, the Christian university’s sports information director.

Coach Bland & company will get help at the May 30 football camp for rising juniors and seniors in high school. University of Louisiana-Lafayette head coach Mark Hudspeth and his Ragin Cajuns staff return to share their expertise with the football players during drills at Robinson-Hale Stadium.

The cost for MC’s first football camp from 4-6 p.m. that Tuesday is $30. Players should bring their cleats, and athletic attire and be prepared to sweat.

The 2nd MC football camp of the summer is set for July 11. University of Central Arkansas head coach Steve Campbell and his staff will assist with instruction. The cost remains $30 for rising juniors and seniors. Details on both football camps are available at 601-925-3356 or eweiser@mc.edu.

Each summer, the camps attract a nice turnout of parents and other fans interested in Mississippi College Choctaws football.

The Blue & Gold opens its season at home September 2 against the Morthland College Patriots of West Frankfort, Illinois. The Choctaws will be on the road September 9 to face the Southwest Baptist Bearcats of Bolivar, Missouri. The MC squad makes the two-hour drive to Livingston to face Gulf South Conference rival West Alabama on September 16.

Just like the Athletic Department’s successful sports camps, the MC Music Department’s camp remains a big hit. About 50 campers will journey to the Clinton campus to enhance their musical talents. “We have campers coming from as close as Clinton and as far away as Dallas, Texas,’’ says Bob Knupp, the camp director.

“One of the camp highlights is the talent show on Thursday night where students showcase their skills such as dance, original songs and get together to perform,’’ Knupp said.

There are a few new wrinkles for the music camp every summer. This year, there will be a new professor on board to head the worship band and music technology. Some of the Music Camp grads later enroll at Mississippi College. A few of the teen-age campers are the sons and daughters of MC faculty members.

The 2017 lineup remains pretty much the same for Fuge, Mission Fuge and Super Summer campers from churches across Mississippi and nearby states, says MC continuing education director Ken Gilliam. He oversees camp activities on the Clinton campus.

For more information on the university’s summer camps, contact Ken Gilliam at 601-925-3264 or Gilliam@mc.edu.