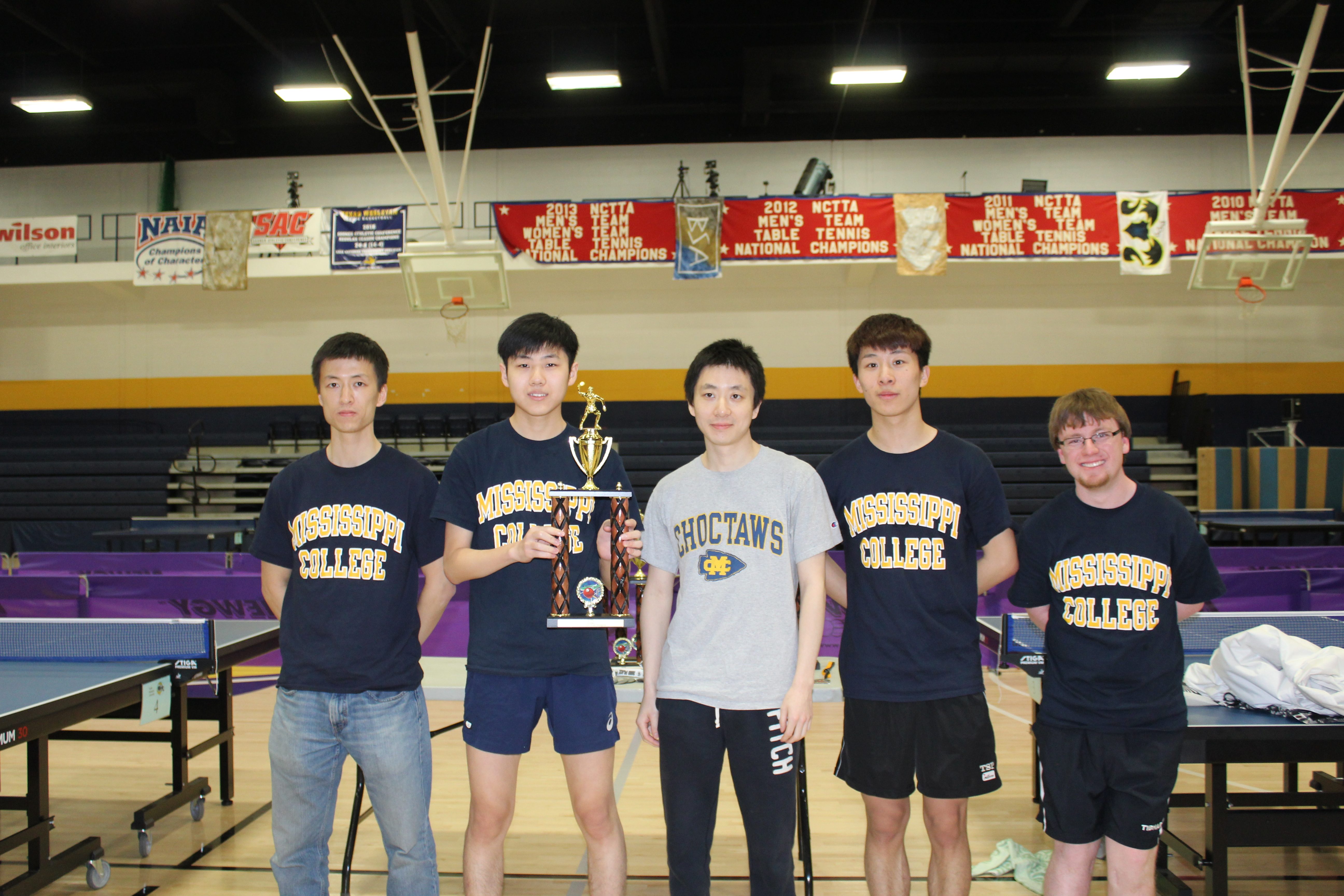 Before their journey to the 2017 national championships in Wisconsin, the Mississippi College table tennis team will showcase their awesome skills at a March 28 exhibition.

The Tuesday event at Alumni Gym on the Clinton campus runs from 5-7 p.m. Students, faculty, staff and the public are all invited to the free exhibition on the team’s home court.

Free food for spectators, door prizes, and free mini-lessons for fans are on the schedule.

Mississippi College’s potent team finished No. 1 in the South Regionals in Fort Worth, Texas earlier this year. The MC players will give it their best shot at winning a second national championship at the April 7-9 games at the University of Wisconsin-Eau Claire.

Kinesiology professor Suzanne McDonough is working to make it an enjoyable evening for table tennis fans and players at Alumni Gym. Coached by Cheng Li, the MC players come from China, Japan and the USA.

Campus Dining is supplying food and drinks. Chick fil-A staffers will distribute a large chicken platter. Other local businesses are donating cakes decorated with paddles atop the icing.

One of MC’s newest players this season is freshman Jeremy Gore, of Walnut Ridge, Arkansas. Jeremy works at the Chick fil-A in Clinton. On road trips to tournaments in Texas and Georgia, the 19-year-old accounting major isn’t afraid to sample exotic dishes with teammates at Chinese restaurants.

Others on the MC Choctaws team are: Qing Wei Sun, Tong Zhang, Yichi Zhang, all of China, and newcomer Tomotaka “Tomo” Yoshitomi of Japan.

As coach and captain, Cheng Li, a native of China, led the Mississippi College team to its first national championship victory in 2015 over perennial champ Texas Wesleyan University. MC finished 2nd to Texas Wesleyan at the 2016 championships in Round Rock, Texas.

“The fun exhibition will be a great opportunity for students, faculty, staff and table tennis fans across Central Mississippi to give the MC team a nice send-off before the national championships,” said team sponsor Andy Kanengiser.

An Olympic sport since 1988, table tennis remains king in China. MC is wrapping up its tenth season in table tennis and competed in national championship tournaments each year.

“These MC student-athletes are among the best collegiate table tennis players in the USA and Canada,” Kanengiser added. “They will show off their tricky spins, amazing serves and ability to return balls at rapid speeds. We will hand out paddles and encourage fans to try to tally points.”

At the exhibition, table tennis T-shirts will be on sale Tuesday evening with proceeds to benefit the team. Gifts cards from restaurants such as Sal & Mookies, Bravo and Broad Street, certificates from the caterer In the Box in Clinton, and a three-month free membership at the Baptist Healthplex will be among the door prizes.