Take Him Out to the Ballgame! MC Music Faculty Sings National Anthem at Wrigley Field 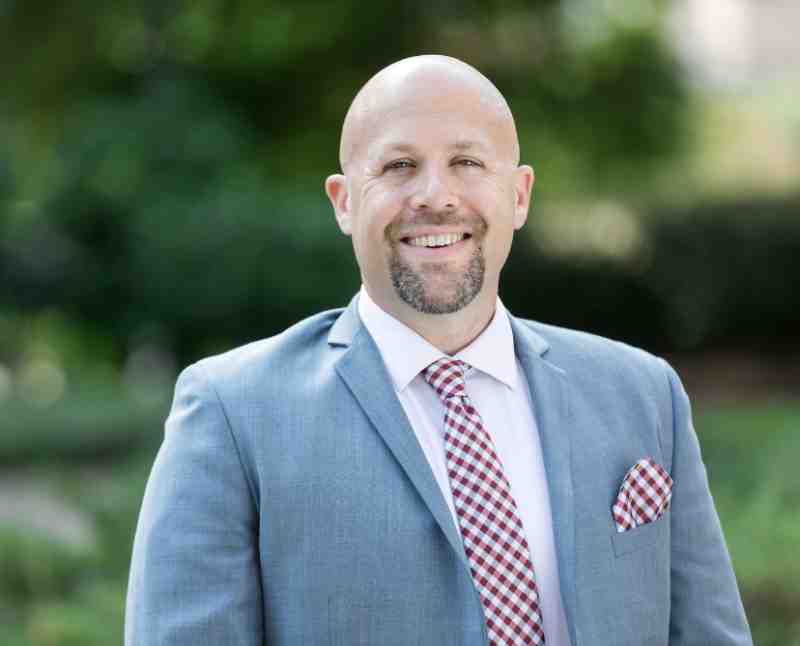 Dr. Nicholas Perna will be among a sextet of National Association of Teachers of Singing members that will perform the National Anthem before a packed house at Wrigley Field in Chicago this weekend.

Opera fans in the Magnolia State are accustomed to seeing Dr. Nicholas Perna, associate professor of voice and voice pedagogy at Mississippi College, performing on stage.

On July 2, they had an opportunity to watch from afar as he appeared in a completely different venue: one of the country’s most beloved ballparks.

A finalist for the American Prize for men in opera, Perna has had leading roles in several Opera Mississippi performances. That Saturday evening, he was a part of a sextet that sang the National Anthem before the Boston Red Sox-Chicago Cubs Major League Baseball game at storied Wrigley Field.

The vocal group represented the National Association of Teachers of Singing. Perna, the organization’s vice president for outreach, was in the “Windy City” to attend the 57th annual NATS National Conference July 1-6.

The game was broadcast nationally by Fox Sports Network as one of its Baseball Night in America selections. The local Fox affiliate is WDBD Channel 40 in Jackson. Perna could also be seen on each team’s regional television broadcast – New England Sports Network in Boston and Marquee Sports Network in Chicago – available for streaming at mlb.tv.

Singing in front of an anticipated sellout crowd at a Major League stadium was a first for Perna, although he had performed as a soloist in front of very large audiences. He also had sung the “Star Spangled Banner” before smaller events, such as marathons and local opening ceremonies.

Admittedly not a baseball fan, Perna did recognize the significance of the occasion, especially the opportunity to “represent the organization which means so much to me and to whom so much of my professional work is dedicated to,” he said.

The largest professional association of teachers of singing in the world, NATS’ mission is to advance excellence in singing through teaching performance, scholarship, and research.

A NATS member since he turned professional and president-elect of the Mississippi chapter, Perna has served in many roles for the organization, including governor of West Virginia, treasurer for the Southern region, and poster paper coordinator for the association’s national conference.

As VP for outreach, he leads to student part of the organization – often referred to as SNATS – overseeing the decision-making and use of its discretionary funds, and working with the vice president of membership to form relationships with new members.

Allen Henderson, executive director of NATS, arranged the appearance with the Cubs. Perna works directly with Henderson on initiatives to help the organization partner with other professional groups to move the mission of NATS forward.

Perna’s visit to Chitown wasn't limited to brats with mustard and ivy-covered Friendly Confines. He let everyone know the Red Sox-Cubs wasn’t the only attraction that weekend.

The NATS conference focused on the participatory act of singing, including 65 breakout sessions infused by live, in-person performances.

“It’s not uncommon that we (NATS members) do a bit of ‘takeover’ when we have a National Conference in a city,” Perna said.