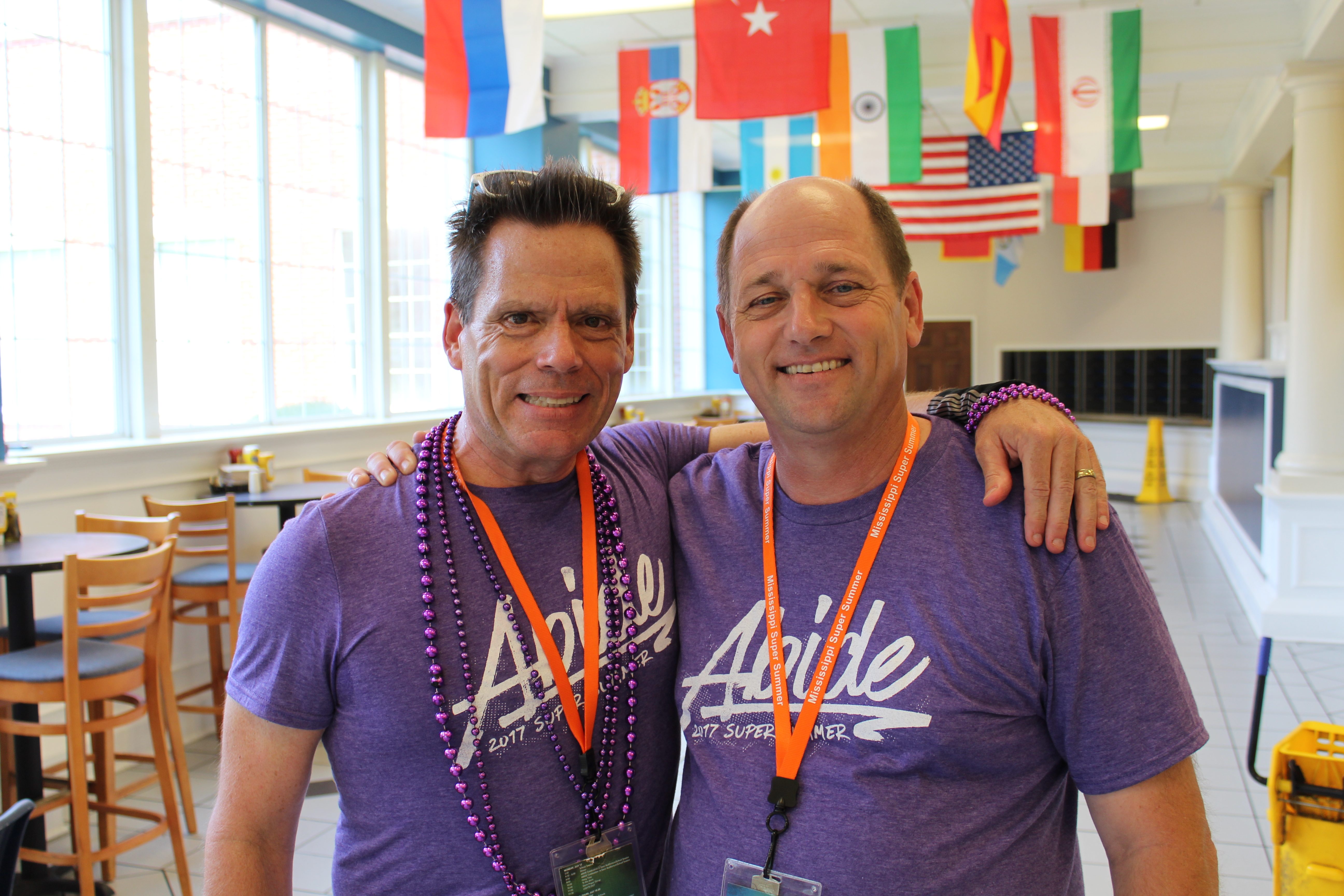 TV newsman Allie Martin covered the devastating tornado that battered his hometown of Tupelo in 2014. He’s been on the scene for the re-election of Mayor Jason Shelton and annual Elvis Festivals celebrating the music icon from Mississippi.

But during a sizzling July week at Mississippi College, Martin had a blast doing a news “documentary” on Purple School teens at MC’s Super Summer camps. His program airs on WCBI-TV Columbus.

It’s something the north Mississippi resident does every summer with a big smile on his face. But Martin gives much of the Baptist camp’s leadership credit to Lance Word, a music minister at First Baptist Church Magee. “He’s the dean of the Purple School.”

Taking part in Super Summer is always a memorable highlight of Allie’s year. “It is my blessing to serve in Purple School. It’s an opportunity to see young men and women who just graduated high school and now are ready to live their Christian faith out loud, wherever the Lord leads them.”

It’s not just teens who benefit from the Christian camp experience at Mississippi College. “God speaks to youth and adults at Super Summer every year,” Martin says.

Martin joins other faithful adult leaders giving the 1,400 teens from Baptist churches spiritual guidance, and helpful hints as temperatures soared into the mid-90s. Factoring in the heat index, it felt more like 105 degrees in much of the Magnolia State.

Still, the wonderful camps supported for decades by the Mississippi Baptist Convention stayed on track. Campers frequently gulped water and discovered shady trees on the Clinton campus to stay refreshed. They built their faith and had a little fun, too,

“I like the way this challenges the students,” says Michael Kelly, student pastor at Harrisburg Baptist Church in Tupelo. The church in Lee County sent 60 teens and ten adult chaperones to the Super Summer camp that wrapped up July 21.

“Worship is so good,” said Tupelo High junior Elizabeth Middleton, 16, as she headed to the MC cafeteria for lunch. In her third year at MC’s camp, she enjoyed seeing old friends and making new ones.

Other Super Summer campers like McKenzie Dowdy and Ava Waller, both of Jackson, will enroll as MC freshmen in late August. Dowdy, who was home schooled, and Waller, a Jackson prep grad, rave about their camp experience spanning five days. Both teens are members of First Baptist Church Jackson.

Borrowing an idea from successful camps in Texas, Mississippi College’s first Super Summer experience began in 1987. It’s been growing strong ever since.

The experience at MC doesn’t really end when the campers return to their churches in Mississippi and Louisiana.

“We ask them about the things they learned to be leaders in their schools and with their families,” Kelly says. He’s got skills to help them along the way as they follow the Bible’s teachings and spread Christ’s love. The Tupelo pastor has been attending Super Summer camps for 20 years at Mississippi College.

It’s mainly Mississippi teens enjoying the benefits of Super Summer. But it has touched the lives of kids in the Bayou State, too. Davis Glen Ellis, 16, and his brother Andrew, 14, are part of the contingent of young people at Super Summer in mid-July from Temple Baptist Church in Ruston, Louisiana.

Their older brother, Owen Ellis attended the MC camp last summer when an unforgettable thing occurred. A bolt of lightning struck and heavily damaged the Clock Tower atop the Baptist-affiliated university’s Nelson Hall. There were no injuries. Despite the storm, hundreds of teens continued with their worship services down below in Swor Auditorium. It marked Owen’s fifth Super Summer on the Clinton campus. This Fall, the Louisiana resident returns for another year as a student at Mississippi College.