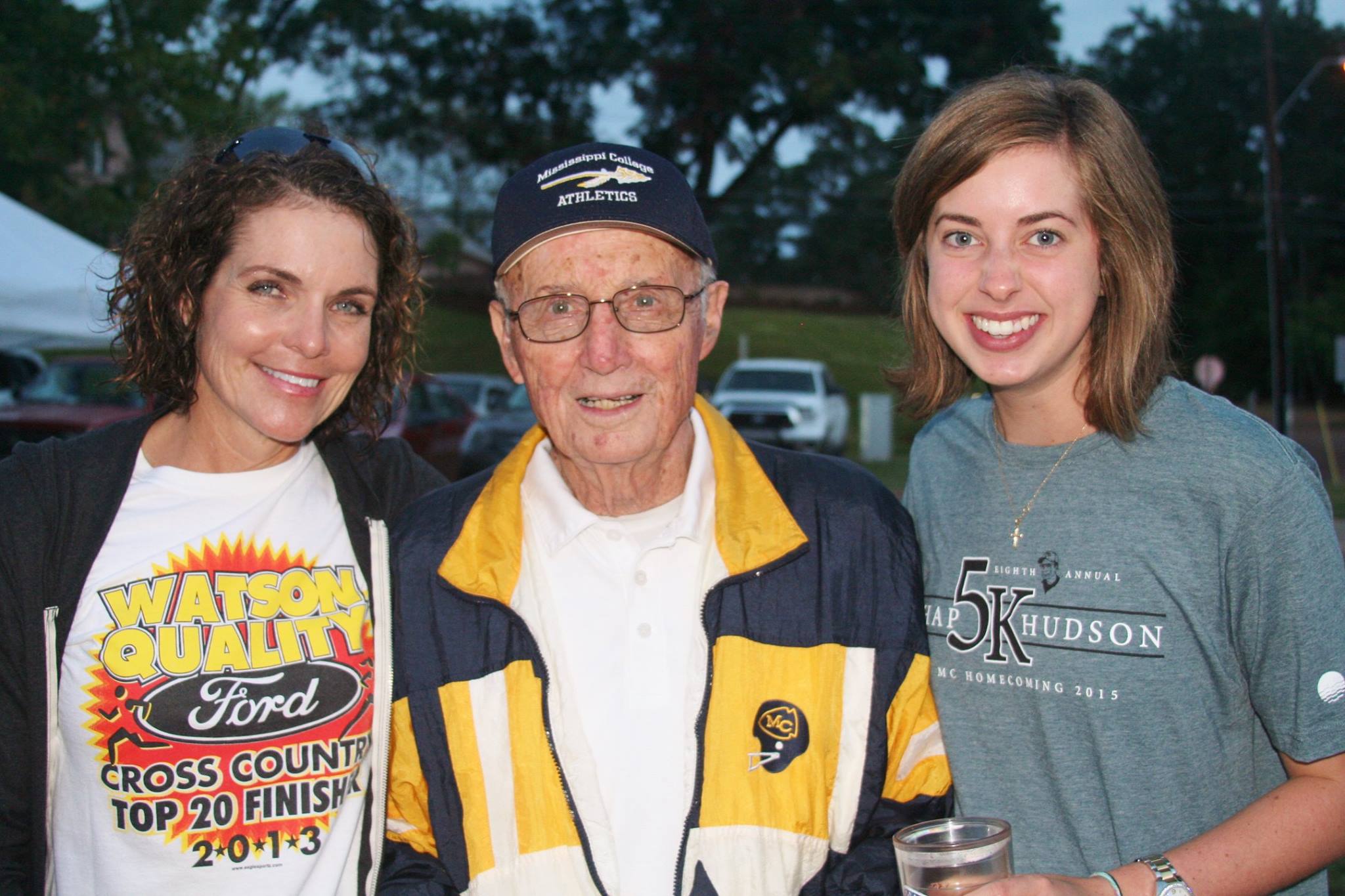 Hap Hudson’s many fans stretch from south of Memphis to the Mississippi Gulf Coast and beyond state borders.

The 10th annual Hap Hudson Homecoming Race on October 21 is a nice way to pay tribute to the popular track and coaching legend at Mississippi College.

Leaders of MC’s Kinesiology Department will sponsor the 5K road race that begins at Cockroft Hall, skips through Clinton’s historic business district and wraps up at the Robinson-Hale Stadium track. The event begins at 8 a.m. that Saturday.

The price for runners to sign up is $25 in advance and $30 the day of the event. The 2014 race attracted 151 runners. Everybody who signs up seems to have fun along the journey.

Proceeds from the race helped the department raise money to send kinesiology students to professional conferences. Funds are also used to purchase equipment for the MC Department’s Human Performance Laboratory.

“This event is very important to our department and we appreciate all the support of the campus and community which has made it so successful,” Washam said.

A Biloxi native, the 81-year-old Hap Hudson stays around to greet runners and scores of friends. He usually fires the starter gun to get the race going.

Both 1959 MC graduates, Hudson, and his wife, Johnnie Ruth, are beloved Clintonians. The Mississippi couple stays busy visiting with a sea of admirers from the race’s start to finish.

Race organizer Suzanne McDonough, an MC kinesiology professor, says the event remains one of the highlights of her academic year. The Kosciusko native works incredibly hard to make it a success from one year to the next. “It’s a fun time of year for everyone involved.”

An outpouring of MC student, faculty and staff volunteers makes the Hap Hudson race such a hit, McDonough says. There will be delicious food from Chick-fil-A going to runners. T-shirts will be distributed to pre-registered runners.

An adjunct MC English professor and graduate student, Johnson stays in shape year-round as a competitive runner. He’s training to qualify for the Boston Marathon.

Collin gets a kick out of seeing his students competing with him at MC’s healthy Homecoming event.

“They don’t expect to see their teacher challenging them outside the classroom,” Johnson said. “So, it’s a lot of fun for me to test myself each year against the university’s youth.”

Collin is making plans to do the race again in October.