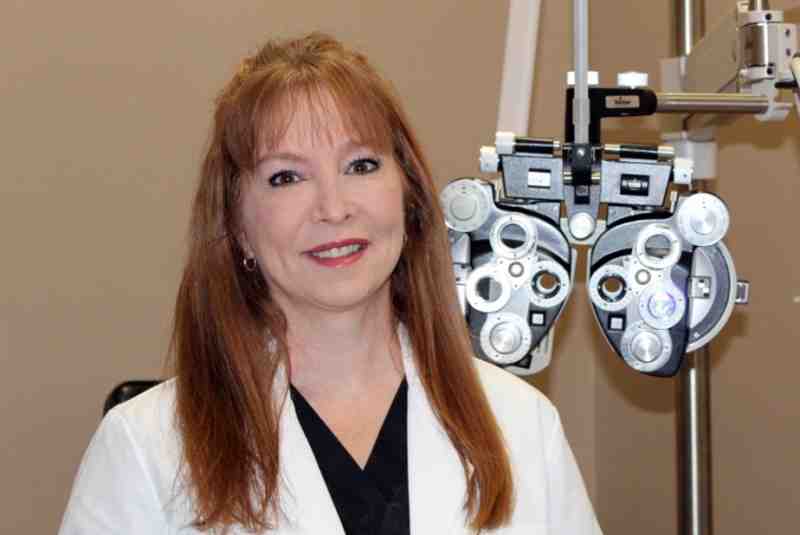 Dr. Tonya Cannon Stewart grew up in Clinton as a member of the Mississippi College family and really never left.

The daughter of longtime MC chemistry professor Dr. Jerry Cannon (who served from 1970 until his retirement in 2009), Tonya was practically raised in the Christian university’s Hederman Science Building.

Recently, MC Department of Chemistry and Biochemistry leaders honored Dr. Stewart as its 2020 Alumna of the Year. Tonya attended MC from 1990 through 1994 and earned her bachelor's degree in chemistry. As an MC student, she worked in the office of the department chair, Dr. John Legg.

As a child, Tonya enjoyed skateboarding in the halls of Hederman Science at times.

After graduation from MC, Tonya attended the Southern College of Optometry for four years. She obtained her doctorate in optometry at the school in Memphis in 1998. While enrolled on the Tennessee campus, she was honored as the Outstanding Junior Clinician. She now operates a private practice, Elite Optical, in Clinton. Tonya established the business in her Hinds County hometown nearly two decades ago.

A Clintonian, Tonya, and her husband, Terry Stewart, are the proud parents of two children. Emma Robertson is a 2020 MC graduate with a bachelor’s in chemistry. She is now enrolled in optometry school in Memphis. Emma plans to join Elite Optical after her graduation. Their youngest daughter, Anna Robertson, is a sophomore at the University of Mississippi. She’s majoring in biochemistry.

Dr. Tonya Cannon Stewart loved spending four years as a Mississippi College undergraduate. “I am thankful for my time spent as a student at MC. All the professors invested so much into supporting their students,” she said. “I was very prepared for optometry school with my chemistry degree from MC. I am honored and grateful for this recognition (Alumna of the Year) – thank you!.”

At MC, Tonya worked as a chemistry lab instructor for several semesters. She was a member of the Swannanoa Social Club on the Clinton campus and the student chapter of the American Chemical Society. Tonya admits that taking organic chemistry and biochemistry with her father, Dr. Jerry Cannon, was challenging. But in the end, she enjoyed learning chemistry from her Dad as well as stopping by his office for advice about life.

Tonya appreciates having parents who always encouraged her to pursue and reach her goals.

Tonya developed an interest in chemistry from her father as well as Dr. Betty Sue Hennington, her 10th-grade chemistry teacher at Clinton High.

Dr. Jerry Cannon has fond memories of teaching his daughter. "I enjoyed having Tonya in my organic and biochemistry classes, although it was somewhat stressful for both of us,” he said. “It seems the extra pressure paid off for her since she scored the record high for MC students on the organic portion of the optometry admissions test.”

Her father modified his lectures a bit after Tonya encouraged him to stop telling corny jokes.

Away from the optical business, Tonya and her husband, Terry, developed an interest in crappie fishing. They’ve competed in several fishing tournaments around the Magnolia State.

Tonya is among several in her family with strong ties to the Blue & Gold. Her mother, Carolyn Cannon, earned her master's and specialist degrees at Mississippi College. Tonya's brother, Jason, attended MC from 1993 through 1995, where he took pre-pharmacy classes. Dr. Jerry Cannon served as chair of the department for nine years before he retired at MC.