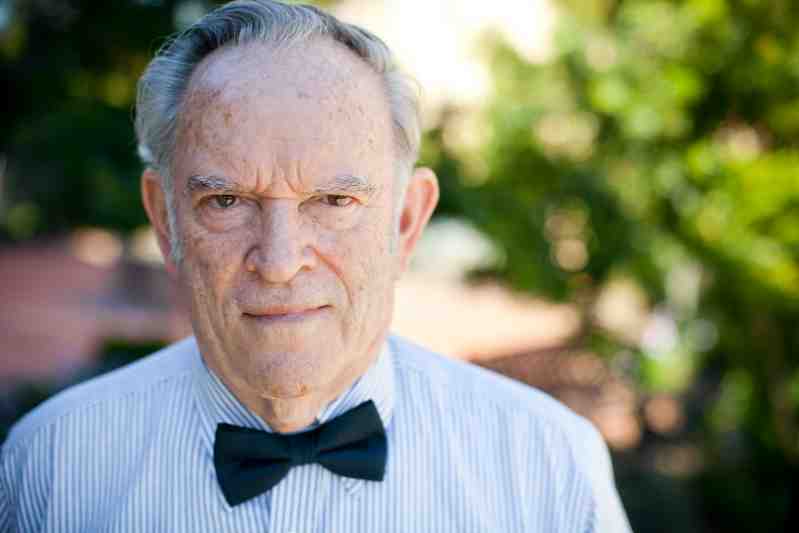 Tributes from Samuel Gore’s legions of admirers poured in after the passing of the Founding Father of Mississippi College’s Art Department.

“What he taught me about art wasn’t just about art,” Wyatt Waters said. “It was about life. I was just one of so many students who were inspired by having studied with him,” said the award-winning Clinton painter and watercolor specialist. “He made you want to do your best.”

An MC graduate Waters joins many in the Christian university’s family saddened by the death of Gore at age 91 on April 24. Stories about his legendary contributions in the art world were retold on the Clinton campus and beyond its brick front gates.

An internationally celebrated artist, the 1952 Mississippi College graduate touched the lives of numerous people during his illustrious career spanning more than six decades. He died Wednesday at a Jackson hospital of cardiac arrest.

Visitation will be held at the Samuel Marshall Gore Galleries on the Clinton campus from 5:30 p.m. until 8:30 p.m. on Sunday April 28. A two-hour visitation at First Baptist Church Clinton begins at 11 a.m. Monday April 29 followed by the funeral at 1 p.m. The son of a well-traveled Southern preacher, Dr. Gore will be buried at Clinton Cemetery next to the love of his life, his wife, Marjorie Bryant Gore.

“I have learned so many valuable lessons from him over the years – from the time I was a junior high art lad to a college art major and later as a colleague in the Department of Art,” Miley said.

“Dr. Gore always impressed on me to never lose sight of Christ in whatever I do and keep Him at the center of my life. As Art Department chairman, he encouraged me to lean on the Lord and constantly ask for His leadership in all decisions,” Miley said. “Most importantly, to use my art to glorify God and encourage our young people to do the same.”

At several spots around the 193-year-old Mississippi College campus are inspirational Christian sculptures he forged with the labor of his gifted hands. “Christ in Gethsemane” is his final 450-pound sculpture unveiled at the Rhoda Royce Prayer Garden. The March 29 event was a key part of President Blake Thompson’s Inauguration Week.

With the help of a cane, Dr. Gore attended the ceremonies, but let his daughter Dr. Judy Gearhart speak for him that Friday morning. Afterwards, the humble Clintonian was delighted to join art colleagues, President Thompson, along with family and friends for numerous photos. The beautiful garden of bright flowers, water fountains and rocks with Biblical inscriptions remains the quiet place where Mississippi College visitors can draw closer to God.

Deeply saddened by his mentor’s passing, Miley believes “there is a great celebration” going on in Heaven. “I am thankful for the long relationship with this fine Christian man.”

His bronze sculpture welcomes visitors to the Clinton Visitor Center. His “Fallen Comrade” masterpiece at the center off the Natchez Trace Parkway stands tall as a tribute to America’s military veterans. Other pieces of Dr. Gore’s art are showcased at the Mississippi Agriculture and Forestry Museum, and the Mississippi College School of Law in Jackson. Barbara Gauntt’s book “Samuel M. Gore: Blessed with Tired Hands” is filled with her wonderful photographs displaying his thought-provoking art works.

MC Graduate School Dean Debbie Norris recalls her experience seeing Dr. Gore rapidly sculpt the head of Jesus out of pieces of clay forty years ago. At the time, she was a Hinds Community College student. “I remember being amazed as I watched him turn a blob of nothing into a bust of Christ.”

She’s thankful Dr. Gore “gave much of himself through his art testimony.”

The director of the Samuel Marshall Gore Galleries, Randy Jolly believes his art legacy will last for generations to come. “His sharing of the word of God and God’s love for all will continue through the lives he touched,” he said. “The Mississippi art community has lost another great treasure.”

Ron Howard, provost and vice president for academic affairs, feels grateful for his longstanding friendship with such an accomplished Mississippian. “He loved God, his family and MC, in that order.”

In lieu of flowers, donations can be made to the Mississippi College “Christ in Gethsemane” sculpture fund or the MC Art Department sculpture fund at mc.edu/give or mail to MC, P.O. Box 4003, Clinton, MS 39058.